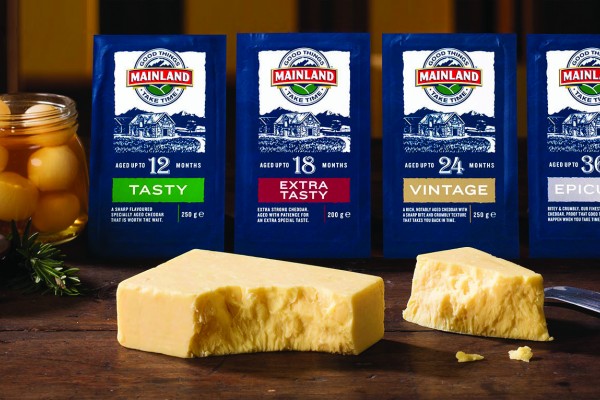 Cheese Is by Far Mankind’s Greatest Achievement Ever

Mainland’s Edam 1kg block is the cheese of the people (when it’s on special at the same price as the budget stuff). It is a staple of both the upper and working classes, and that strange place at the bottom of the social hierarchy that students occupy. It is to the purveyor of simple but tasty meals what fascism is to Harlene Hayne, an essential ingredient in fulfilling one’s agenda.

Interestingly, humans weren’t really designed to eat dairy products, says basically every vegan propaganda video on Netflix. Regardless of whether you believe that or not, even vegans admit that cheese is the boobs of the culinary world. In a recent poll conducted by the Ministry of Obscure Dietary Requirements and Arseholes, it was found that 90% of New Zealanders want to eat more cheese, even vegans. The only barrier to cheese eating is its astronomical cost, which explains why so many people are turning to veganism these days.

Mainland’s 1kg Edam block is more expensive than Mark Richardson’s fake tan and teeth whitening (fuck he’s a twat). If Edam is an integral part of your diet (which it damned well should be) like me, I’m sure you feel the chill rapidly reverberate throughout your being when the checkout person at the supermarket scans the bitch. A part of you has just died. In fact, it’s almost as if the version of you that exists in a parallel universe has just witnessed Han Solo die in “The Force Awakens”.

In the realm of world trade, products are exported for the same price as they are sold domestically in order to provide foreign producers’ imported products with a chance to compete in the same market. Fonterra processes (and I’m not making this up) 94.8% of all milk solids from dairy farms in New Zealand, much of which gets exported. So why the fuck is cheese so expensive? Because Fonterra are the Islamic State of New Zealand; they’re good with money but they don’t really help anyone apart from themselves. Making cheese a bit cheaper isn’t going to affect competition because the bastards make sure there is none. It is Allah’s will.

All in all, Mainland’s 1kg Edam block is, in economics terms, a luxury item. So it’s as hard to afford as marijuana and sex.

Tasting notes: Plenty of umami (or savoury), carbon dioxide, the end of the world from the destruction of the environment, pure joy and happiness.

Pairs with: Goon (indeed, instead of a “wine and cheese” the Neolithic School of Surveying holds the annual “Goon and Edam”).