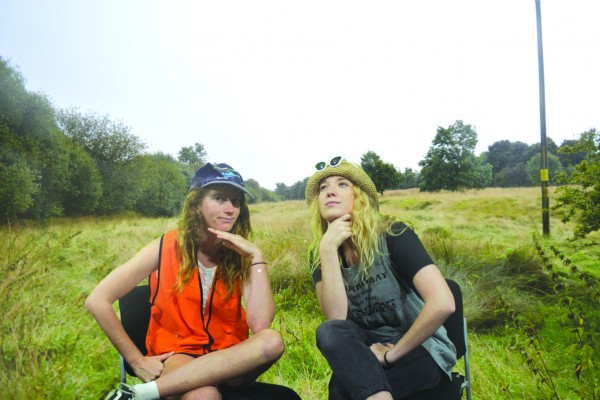 Auntie Kell and Mumma Zo | Advice on Getting out of Dunedin

It is generally advisable not to sleep with someone solely so you can get them to take you out of the city (like my mother did), or out of the country (like Kelly’s mother did). This could leave you with a child in an unknown part of the world. Choice.

Hitch-hiking is a possibility, our flatmate got picked up by a lovely couple coming back from that Ch****Ch**** place up north one weekend ago. Apparently the swinger scene is a bit dull in Dunedin.

We can advise on joining clubs (OUCC is a great one). The smaller clubs especially, because they can take you on more trips, more often, for less.

If you drop out of first-year health sci, do geography instead, because then you get a bunch of sweet trips for free. We can also advise you to buy a cheap, shitty car for around $400 bucks. This is more of a one-way option. It could end up kind of expensive depending on how far you go. Unless it’s a Toyota Corolla, which is a long-term investment and a great way of capitalising on your shitty student income. I bet you never learnt that in BSNS118.

We can’t advise you to take acid, but if you did, it’d probably be the trip of a lifetime.

Run up Woodhaugh Road, and just keep going, after 4 or 5 km you are definitely out of the city. You’ve also gone too far to find your flattie at the glow-worms.

Some day trips to nearby beautiful towns we recommend include:

All silliness aside, it is important to get out of the Uni and go to the beach. Get some wind in your hair and some dreams in your eyes. Get a bit of perspective. It doesn’t seem like it now, but life isn’t just about getting X assignment done, and hooking up with Y or vomiting in Z’s toilet. Why be boring when you can be interesting?

That’s all for now,