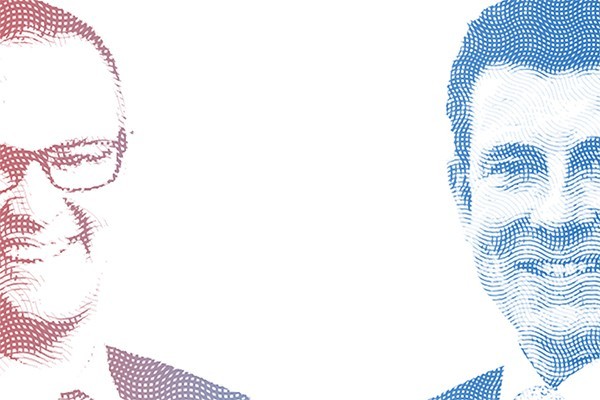 Clark V. Woodhouse | Is the New Zealand Health Care System “the Envy of the World”?

The government recently told cancer sector leaders that our healthcare system is “the envy of the World”. That comment has been roundly criticised.

Our health care system in New Zealand should be the envy of the world. But we have to do a fair bit of work to get there. Here’s what Labour will do:

Improving our health system must start with affordable access to primary health services. We know that last year over half a million Kiwis who needed a doctor could not afford to go to their GP. Untreated illnesses have a massive personal cost, and cost us all when people then need to instead go to the emergency department.

We have the highest teen suicide rate in the world. Most students I speak with know someone who has taken their own life. This is both ghastly and tragic. It’s reported to be twice that of the USA and nearly five times that of Britain. We have had a sixty percent increase in people accessing mental health services in the past decade, but funding for support services has gone up by less than half of that amount.

Labour will put a nurse with mental health training in every secondary school in New Zealand. And so that people with mild to moderate disorders including anxiety and depression can access care more easily, we will also roll out mental health co-ordinators accessible via GP practices, starting with a two year pilot serving 400,000 of our most vulnerable citizens.

Labour has a National Cancer Agency initiative welcomed by cancer sector leaders. It will put us on a path so that our cancer care may indeed become the envy of the world. Without our health we have nothing. That is why our spending priorities are different to the current governments.

Under Jacinda Ardern and Labour, we will take immediate steps to improve New Zealand’s health system. Labour believes in prioritising healthcare over an election year tax cut for the wealthy. We are a first world country and can make health a priority if we choose to.

National believes New Zealand’s health system is very highly regarded around the world. In fact, the Legatum Prosperity Index 2016, which ranked New Zealand first in the world overall in terms of prosperity, also ranks NZ as 12th in the world for Health (basic physical and mental health, health infrastructure, and preventative care). This is up from 20th in 2008. Furthermore, the Public Health Association President Dr Jean Simpson has described New Zealand’s public health system as the envy of many countries.

Supporting New Zealanders to live in good health remains a top priority for National. We invest in health because it is an important driver of the economic and social prosperity of our society.

Health has remained the government’s number one funding priority. Budget 2017 invested an extra $3.9 billion in health over four years for new initiatives and to meet cost pressures and population growth.

This means that the government’s investment in health will reach a record $16.8 billion in 2017/18. This year’s extra $888 million of new money is the biggest increase in eleven years.

But while the extra money is important, it is just a means to an end. The goal is better healthcare for New Zealanders.

That’s why we are investing in primary care, screening and early interventions, because catching issues earlier helps increase our chances of successful treatment.

This investment has led to 174,000 elective surgeries being delivered each year, 94 percent of emergency department patients being seen and discharged within six hours (which recent research has shown has saved thousands of lives), and the national rollout of bowel screening that means early detection for many.

We have also increased free and cheap GP visits and prescriptions, benefitting around 800,000 children. National’s investment has also helped keep kids out of hospital for preventable conditions with 93 percent of 8 month olds now immunised.

National has also increased funding for mental health services from $1.1 billion a year to over $1.4 billion meaning there is more and better support available for those who need it.

Here in Dunedin, we are also seeing the benefits of National’s investment in a world class health system.

Dunedin will get a new $1.4 billion hospital, in what will be the largest build of its type in New Zealand’s history.

Our dedicated health workforce and this government’s increased investment into the health sector is making a difference to the lives of New Zealanders across the country. More doctors, nurses, and access to world class health services means faster treatment and better experiences for patients and their families.