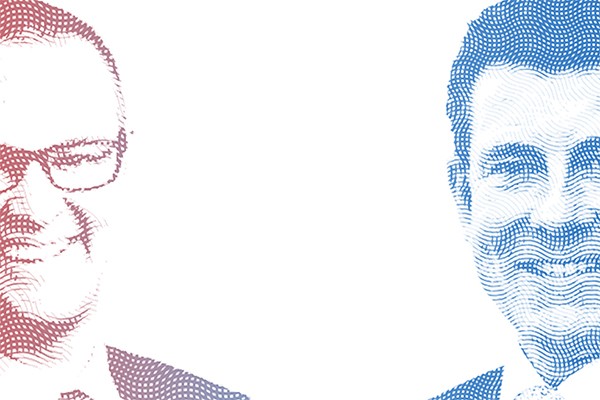 Clark V. Woodhouse | What is the Best Way to Deal with Youth Offenders?

Over the past few weeks there has been discussion about youth offending, and how New Zealand can address it. The difference in approach between National and Labour on this issue could not be clearer.

The current government has announced that they will set up army-run boot camps for youth offenders, or more specifically, a group of 150 youth offenders each year. It is a policy that targets a token number of kids and acts as an ambulance at the bottom of the cliff – an intervention that occurs too late in the lives of these children.

And we know that boot camps don’t work. There is study after study that shows that they have no measurable impact. In some cases, they do more harm than good. For me, this shows the policy for what it is: motivated by politics, and not based on evidence which would inform policy to address the issue.

Evidence based policy would start with tackling some of the biggest challenges in the lives of Kiwi kids. It means putting the well-being and opportunities of young New Zealanders at the heart of government. Jacinda Ardern is a passionate advocate for children and young people – she believes New Zealand should be the best place in the world to be a child.

Preventing youth offending begins with addressing poverty, improving support for families, and making sure that the government is doing all it can to make the lives of the children in our country the best they can be.

We are committed to lifting incomes for all. Raising the minimum wage, pursuing pay equity, and paying parents of young children $60 a week so that they can provide for their children. And when people fall on difficult times, we will ensure they are supported through that, paying attention to the wellbeing of children.

For Labour, creating opportunities for our young people is why we’ll properly fund education – from early childhood right through to tertiary study. It’s one of the best investments we can make.

Giving young people the best possible start in life is the best thing we can do to address youth offending. This means supporting parents, investing in strong public services, and making sure we are making New Zealand the best place in the world to be a child.

National is serious about keeping New Zealanders safe and seeing young offenders set back on the right track.

Our relentless focus on reducing crime has seen youth crime rates reduce by 31 percent since June 2011. And the number of young people aged between 10 and 16 appearing in court is down 60 percent since 2007.

However we need to do something different with a small, hardened group of young people who commit large numbers of violent and serious offences - to get them off our streets, out of our communities, and into a programme that will help them to get back on the right track to lead better lives.

That is why National’s election policy includes a $60 million package over four years targeting these young people who have committed serious and violent crimes.

We know that adult prison is not effective for these offenders; it just enables them to make criminal contacts and develop their skills. Instead, our package proposes an alternative to prison, a $30 million defence-led, 12-month Junior Training Academy programme at Waiouru Training Camp.

The Academy will provide a wraparound service, including support to address problems like addiction, mental health, or other drug issues, as well as supporting through the curriculum good literacy and numeracy skills, a focus on activity, and development of discipline and character.

This Academy will put these young offenders in an environment where structure, leadership and wider support will help them transition back into the community and go on to lead meaningful lives.

Most young offenders have few good role models and therefore the freedom to commit serious crimes. That is why National’s policy will also focus on holding negligent parents to account and incentivising local community groups to work with our at-risk youth and address the underlying drivers of criminal behaviour.

This policy will complement this National led government’s half-a-billion boost to police funding announced earlier this year. The Safer Communities package enables police to put more time, effort, and resources into working with at-risk individuals and communities. Police are partnering with the Ministry of Education to support more young people to re-engage in education. And Budget 2017 includes a further $13.9 million to provide mentoring services, and behavioural and family therapy for youth offenders.

We’re here to make a difference. National will continue our focus on keeping New Zealanders safe by cracking down on serious offenders and helping steer our young people onto a more productive path.