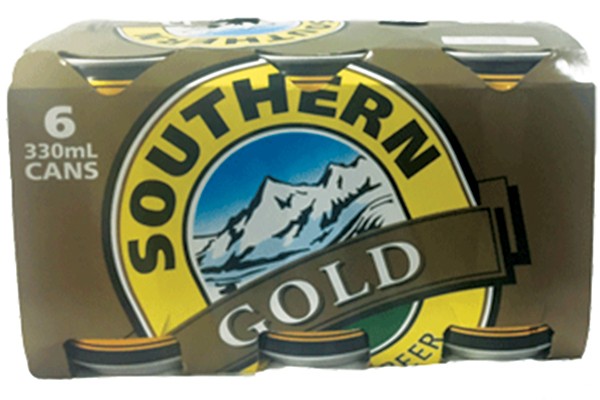 Southern Gold Is the True Pride of the South

Choo, Choo! It’s time to hop back on the steam train!

After being gone from my beloved North Dunedin for two excruciating weeks, the only way to welcome my liver back to Dunners is with an entire tray of Southern Gold. It’s good old-fashioned fun that doesn’t require any of the technological trappings of society, just a willingness to kill brain cells and an aggressively self-destructive attitude.

For the freshers that walk these streets like lost puppies every February, Southern Gold serves as something of a baptism. This frothy, tasteless excuse for a lager cleanses the soul of high school awkwardness and puts fire in the belly of every burgeoning alcoholic.

What can’t be said for Southern Gold? At just $30 for a 24 pack it’s cheaper than 15 minutes with a prostitute and will provide you with far more pleasure. Sit back and relax as the yellow liquid trickles down your gullet; your muscle memory kicking in to let you know it’s time to get lit.

You know how Ferrero Rocher ads claim that they are what the Greek gods would eat at parties in the heavens? I like to think that Southern Gold is what those gods would piss out the next morning.

Southern Gold is great for many things – mostly drinking and throwing back up. But one discipline that it truly excels at is Beer Pong. If you ever find yourself at the tail end of a tournament with your stomach wanting to give in, SoGo is the way to go. With a gentle, rolling fizz and little to no actual flavour, it offers by far the least resistance to a gassy, bloated body. You can always force down one more cup, as long as you believe in yourself.

If it weren’t for the years of hard work they put in smashing back SoGo’s, many of our heroes wouldn’t exist today. Waisake Naholo wouldn’t be taking on the entire British and Irish Lions by himself. Peter Burling wouldn’t be somehow managing to fly a boat. And Robbie Rotten never would have become number one.

Taste Rating: About what you would expect

Pairs well with: A 2am maccas run to pick up nuggies and a double cheeseburger (hold the pickles)