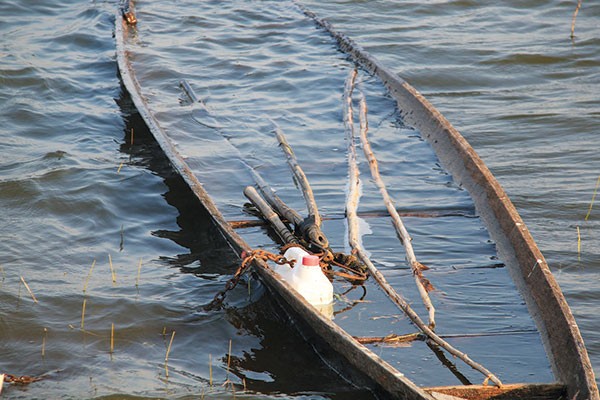 Do you ever order what turns out to be way too much food at a restaurant, and then eat it all anyway to “get your money’s worth?” As well as greed, you’ve fallen victim to the sunk-cost fallacy. You paid good money for the meal, and you don’t want to “waste” it by not finishing it. But, when you keep on eating, who is winning?

In economics, a sunk cost is any past cost that has already been paid and that cannot be recovered, so you may as well forget about it. For example, a business may have invested five thousand dollars on a new computer. This money is now gone and cannot be recovered, so it shouldn’t figure into the business’s decision-making process.

But often, because of the irrational fuck-up controlling the show in your head (your brain), our sunk costs influence our future decisions. You can’t forget the money, time, or energy you’ve spent, so you keep on dishing stuff out to your hopeless cause, even though ditching the cause would be better for you in the long run.

If your car breaks down and requires $3,000 worth of repairs, but you could buy a new, better car for $2,500, you may feel that to ditch your old car would be wasting the $5,000 you spent on it initially. And if you get it fixed and it breaks again, this time needing $4,000 worth of repairs, it seems like you are wasting $8,000 if you ditch it. The same goes for anything you own that you spent a lot of money on and now never use, but refuse to sell cheaply or give away because it would feel like you were losing the money you spent (even though it’s already gone).

Another example of this phenomenon could be that you’ve paid to go to a film, realise within half an hour that you hate it, but grit your teeth and sit through the whole thing. Or you sign up for a series of classes and go to each one, despite not enjoying yourself or getting anything out of them. You could even be in a sunk-cost fallacy by staying in an unhappy relationship—to leave would feel like you’ve ‘wasted’ the time and energy you have put into it up till now.

The sunk-cost fallacy is an example of how economics permeates our lives beyond matters of money.