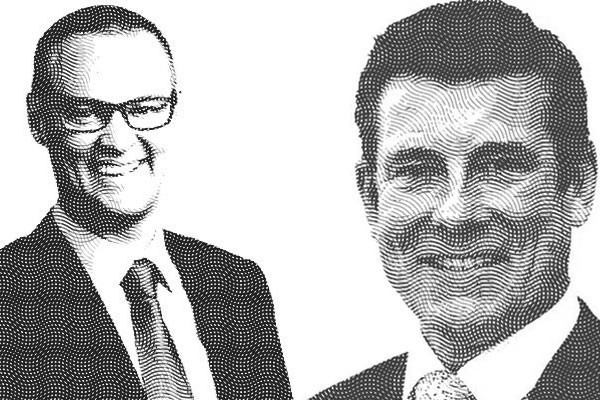 New Zealanders don’t ask a lot, but there are some things that make us who we are and define our place in the world.

We call it the Kiwi dream.

It is about opportunities for everyone to succeed, no matter where they live, or how deep their parents’ pockets are. We all want the security and freedom to make our own choices. Kiwis want to be able to dream of owning their own home. And we want to be able to have pride in our independence as a country and our clean green environment.

That’s the New Zealand we want and deserve.

But it feels like we’re losing control of our future. The interests of the super-rich are being prioritised over the interests of middle New Zealand. More and more people are telling us John Key’s National Government no longer seems interested in those things Kiwis care most about; the Government appears increasingly arrogant, and out of touch.

When John Key says there’s no problem in the housing market, it supports the idea that he is plain out of touch. The fact is home ownership is the worst it’s been in 60 years, and many students are giving up on the idea of ever owning their own home. The Kiwi dream is slipping away.  Jobs are less secure. Houses are harder to buy. Our heartland towns are being neglected. Actually, most New Zealanders are feeling the squeeze.

The Kiwi dream depends on us as New Zealanders owning our own future. Instead the government seems intent on asset stripping the country. Public assets are being underfunded or sold off. Homes are being bought by speculators. An increasing amount of land is sold offshore without tests to see what value that sale brings to New Zealand. Backroom deals, like SkyCity and the Saudi sheep scandal, seem more important to this Government than funding education properly, or diversifying the economy.

There is a better way. Labour’s backed Kiwis for 100 years. We’ve always focused on creating well-paid jobs. When Kiwis need homes, we build them. When Kiwis look for security, we help them save. When Kiwis take a stand, we stand with them. We revived the Treaty together. We went nuclear free together. We have a history to be proud of, and a vision for the future.

Labour has a plan to work with New Zealanders to make the Kiwi Dream real again. A future Labour Government will build thousands of affordable homes. We’ll back our businesses to build a stronger economy that delivers decent work and higher wages. We’ll care for the environment so we can all enjoy it, now and in the future. We’ll ensure three years of free tertiary education so New Zealanders from all walks of life can dream big and succeed.

Are we still the Half-gallon Quarter-acre Pavlova Paradise made famous by the 1960’s book of the same name and to which our parents and grandparents aspired? I think so. But while those metaphors for paradise are still used, the things they represent have shifted somewhat.

It’s also worth reflecting on whether past days represent the utopian ideal of egalitarian New Zealand living. Sure we were all equal back in the old days.  Unless you were female.  Or Maori. Or disabled. Or mentally ill. Or gay. Or a few other attributes. Other than that, completely equal!

The dream of my parents was to be married with children (they had a lot!), own their own home and car and have a job that earned sufficient money each week to support the family. They wanted their children to do well. They wanted to be safe in their homes. They wanted health care. Modest but reasonable expectations. Largely met. Is that still the Kiwi dream and how do we compare with the past in achieving that dream?

Relationships matter but marriage is less important to Kiwis. Marriage, de facto, Civil Union and same-sex marriage are all part of the relationship mix. It’s also easier to end a relationship, a particular improvement if one is in a violent or risky relationship from which previously it was socially difficult to extricate from.

We aspire to do what we love workwise. I was advised by my father to get the equivalent of NCEA 2 so I could get a job for life in a bank or Government Department. That dream changed under the fourth Labour Government. Despite the pain of Rogernomics we now have more New Zealanders completing a post-secondary qualification. Graduates have materially increased under this Government. We have also set challenging targets for school leavers achieving NCEA 2 and the improvements have been dramatic.

Some might say the Kiwi dream is fading due to growing income inequality.  Actually after growing in the wake of the fourth Labour Government’s reforms, income inequality has remained static or dropping under National.  It drops further this year with the first increase in benefit rates in over 40 years.

Buying one’s first home seems more challenging than in my parents’ time and there are many reasons for this. Despite the breathless descriptions of house price inflation from the opposition, houses actually increased in price by a greater percentage under Labour. Thanks to significantly lower interest rates and increased after-tax incomes, homes are more affordable under National.

The 2016 version of the Kiwi dream is similar but different. And better. A bit like New Zealand overall I reckon.