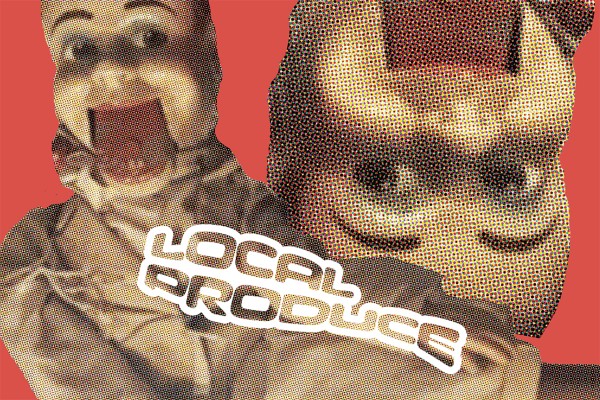 Dollhouse is a new Ōtepoti-based theatre company, founded by Ryan Hartigan and Jordan Wichman. It was created to fill the space between community and professional theatre, a gap that many recent grads struggle to cross.

Jordan completed her honours year of her Bachelor of Performing Arts in 2020. Ryan Hartigan taught Jordan during her studies at SPA as the directing lecturer. Dollhouse came to be while Jordan and Ryan were having coffee. The company aims to provide performing arts graduates a way to get intensively involved in semi-professional theatre, allowing them the opportunity to occupy theatre company roles such as directing and securing the rights to scripts. At the same time, Dollhouse aims to fill a space that has opened up since the Fortune Theatre closed its doors, not only as a space for performers, but also to fill a gap in the nightlife of Dunedin. Citing Woof as their favourite bar, they suggested drinks then a play is a much-needed vibe for Ōtepoti.

Jordan told us that “Ryan came back from teaching in the US a few years ago and one of the first things he noticed in Dunedin was that there really isn't anywhere for us to go when we graduate unless we want to try our luck in Wellington or Auckland and test our luck finding a sustainable job.” In other countries, Jordan said that there’s usually a stepping stone: something called ‘pro-am’, half professional, half amateur theatre. We don’t have that here, and Dollhouse is trying to provide that stepping stone.

‘Matt and Ben’ is their upcoming production, which tells the story of how Ben Affleck and Matt Damon came up with Good Will Hunting. Jordan said that “a lot of people were really confused how two young adults with little to no experience produced this really deep and moving movie and won an Oscar,” and that it’s a good example of how recent grads from theatre programmes like ours can create amazing work when given the chance.

“In order to obtain the production rights”, said Jordan, “you have to agree that you will cast two women as Matt and Ben.” This is to stay true to the original message of the show, written by two women who were struggling to find jobs in the theatre world and said “you know what, we're just gonna go out and make our own work.” The writers, Mindy Kaling and Brenda Withers, have since had quite popular careers, and hopefully Dollhouse will give some local grads a similar chance to strut their stuff, keeping Dunedin talent here in Ōtepoti.

Ultimately, Jordan said “Our goal is to go out there and really impress people and show them what we have to offer as grad students, because at the end of the day we can make really, really good products, and we want to use our incredibly expensive degrees to be able to entertain people.” If you want to get involved, buy tickets, or just have a yarn about all things theatre, you can find Dollhouse at dollhouse.org.nz.