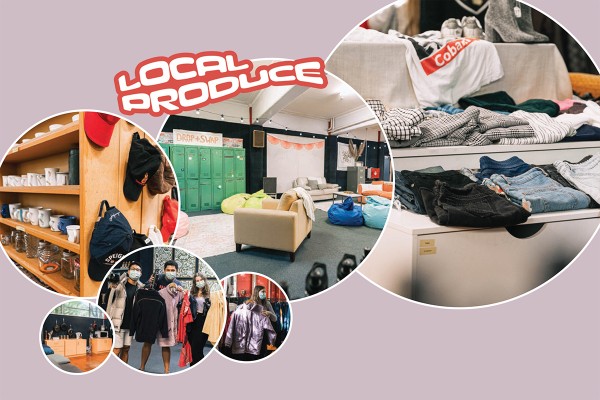 The old Unipol weights room on Anzac Ave has been transformed into a sustainability hub for students by the Sustainability Office and their team of tetekura (student leaders), including Maddy, Lizzy, Gerry, Annabelle, John and Jesikah (office team lead). Already open Tuesdays and Thursdays 11-1pm, they plan on launching an official opening for Te Oraka ‘The Good Space’ thrift store on May 12th with a market day of sorts. The market will feature local student businesses and some groovy tunes. Critic Te Arohi chatted to Maddy about the vision for the space and her personal experience with sustainability as a student.

Te Oraka evolved from the Drop for Good initiative that started as a way to keep old flatting goods out of the dump and into the hands of fresh flatters at cheap prices. “As a student, everyone needs sort of the same thing”, said Maddy. So, rather than flatters woefully looking on at couch burnings after competing in Facebook Marketplace for reasonably priced furniture, they would be able to find everything they needed in one place. 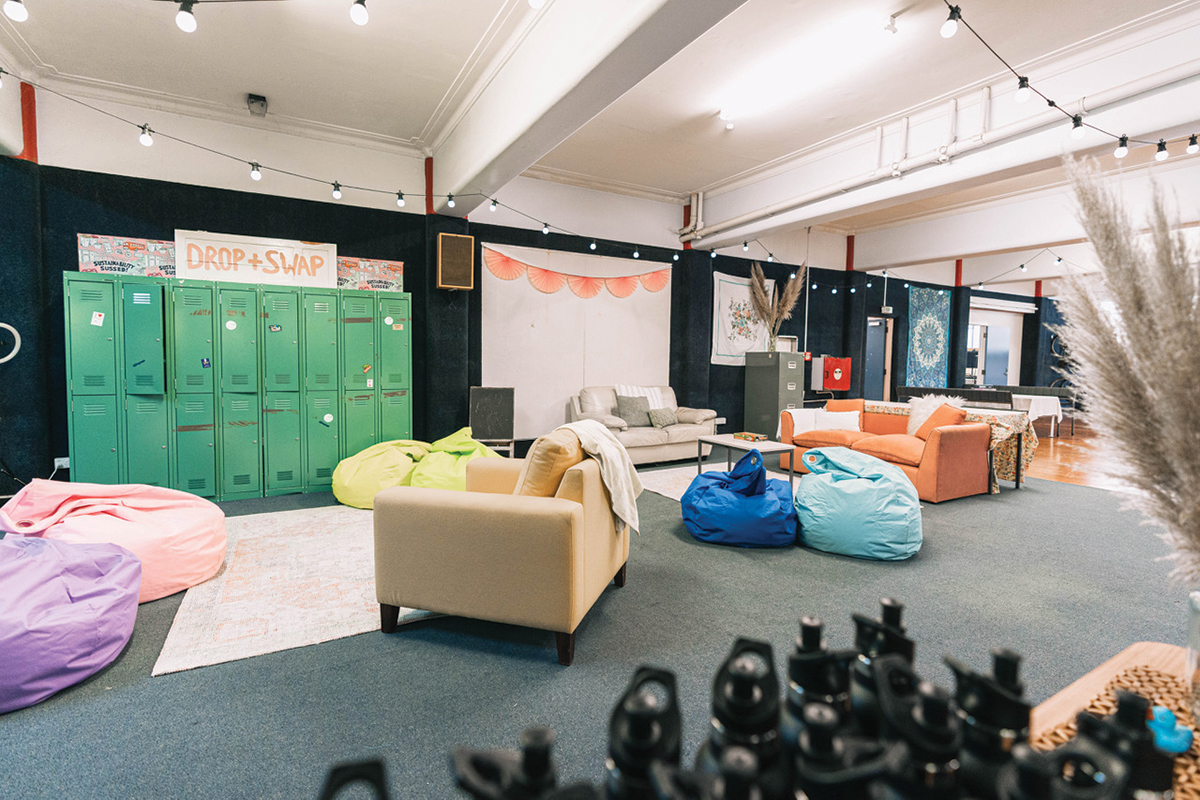 The main aim is to build on the zero-waste goals of Drop for Good by selling donated clothing, furniture and homeware. Maddy said that “a behavior change would be the big overarching goal, of people just coming and not having to buy anything new. [To have] a circular economy running where you can come and trade and swap – just being conscious of your consumption… If everyone started shopping with a conscious intention, the change could be massive.”

The student leads are also keen to host workshops at the space on all things sustainability, such as a class for menstruaters on how to make reusable pads, or repair workshops to give appliances and garments a second-chance at life. “Putting a patch on something makes it cooler half the time,” said Maddy, meaning this is your chance to finally mend that hole in the crotch of your K-mart sweatpants – let’s keep it classy. Te Oraka also has a refilling station for dishwashing and laundry liquid bottles, and a bike grab every Thursday, where you can tune up an old bicycle for a small kōha and ride away on your new-to-you wheels. “We sort of want it to be like a Room of Requirement,'' said Maddy.

Maddy said that for her, it was important that Te Oraka will be a tangible space, making it easy for susty students to get involved. “In first year, I had no idea what was going on on-campus in terms of sustainability or how you could get involved unless I sought it out myself.” This is what led her to reach out to the Sustainability Office, eventually landing her role as tetekura for student engagement. “There’s five of us in the roles, and we each have our own sort of title but it’s also just super collaborative. We overlap a lot in our work.”

As an ex-Castle Street flatter, Maddy especially wanted to give students living in the rat-trapped street opportunities to be more sustainable. “Obviously, the waste on Castle Street is a huge issue. There’s only so much you can do in that environment, even with the best intentions,” she said. “One of my biggest things coming into the role was how do you make it easier for people who do still care.” Even after the massive progress that the North Dunedin Street Clean-Up made, mere weeks later the area is back to its former grungy glory.

Looking forward, the group plans on collaborating with more eco-friendly local businesses to have their stock full-time at Te Oraka to showcase as much sustainable Ōtepoti mahi as they can. To stay in the loop, make sure to follow their Instagram (@te_oraka and @sustainability_at_otago) and mark your calendars for the opening day! You can also check out the student run Susty Sussed Podcast for some local sustainability kōrero.