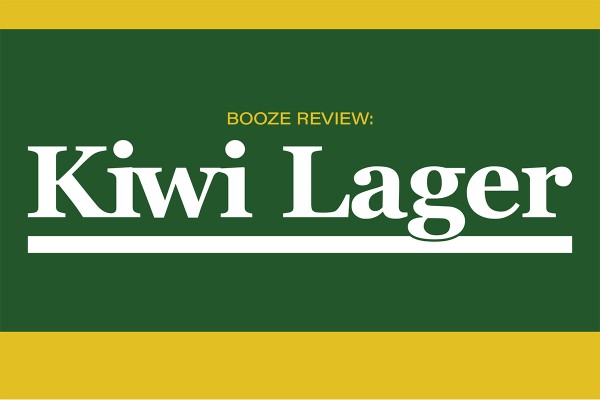 In an attempt to reintroduce another salt of the earth NZ brew, DB have re-released Kiwi Lagers. Kiwi Lagers are so incredibly average and so unjustifiably expensive that the only people drinking this will be the 40-year-olds that drank this beer when they still had hopes and dreams of doing something with their lives.

If you’re drinking beer to get drunk, then a 4% beer will make that more difficult than it needs to be. They say that every beer is like eating a bread roll so unless the 4% is justified by low price there is really no need to punish your body to the extent of consuming 15 of these in a night. And you will need to consume all 15 to get drunk because there is so much volume and so little alcohol.

If you’re drinking beer for the taste then you can do better for cheaper. Sure Kiwi Lager probably tastes better than Speights and is a tad cheaper but that is an extremely low bar to judge a beer on. Kiwi Lager tastes fine, but at $1.6 per standard Kiwi Lager is in the RTD range so it should taste a lot better than fine. A box of Part Time Rangers is cheaper per standard. I would rather get indigestion for the rest of the week by drinking 10 African Elephants than punishing myself with a box of 15 Kiwi Lagers.

If you're drinking this beer for the image or something else other than taste or alcohol, then it does not really make sense to drink Kiwi Lager, there are better options. Of course, you can always drink Speights to look Southern, but you’ll soon realise it tastes like dirt and you should just grow some balls and get a mullet. The beer that will gain you the most credibility at parties are El Diablo 12 percenters. El Diablos are without question the filthiest beer on the market right now (so much so I totally blacked out the last time I attempted to review them) and most likely to gain you the respect of your peers. In contrast, you’re more likely to get bullied at parties for the Australian-looking green and gold packaging of Kiwi Lagers than anything else. Kiwi Lagers will negatively impact your image.

Because Kiwi Lager fails on alcohol content, taste and image, that leaves only one option; DB dragged this beer from its rightful grave in a nostalgia grab to gain a crumb of the highly saturated NZ beer market. But in doing so DB forgot that the alcohol market that they exploit rests on the shoulders of those who were not even born when this beer had its hey-day. If DB wants to sell a beer they should give us a cheap, low-carb and 5% (or upwards) beer that doesn’t taste like watery garbage.