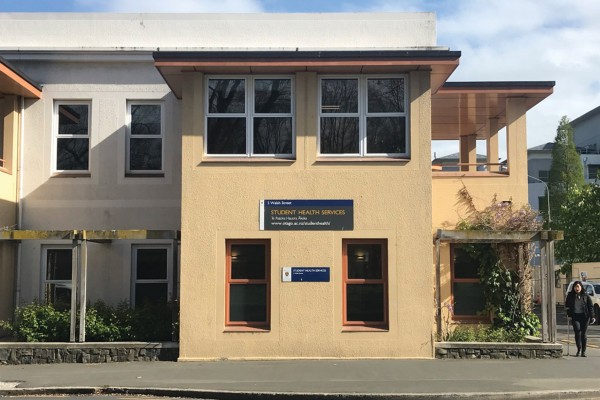 Requirements for extension may change at Vic

A new policy is being discussed that would enable students to have up to a week-long extension without presenting a medical certificate, a source from a faculty meeting at Victoria University revealed to Critic.

It's not unusual to see Student Health waitlists look like the Night ‘n Day queue on a Tuesday evening, particularly during key assessment periods. However, the heroes at the Regent checkouts aren't the ones we're looking to for advice on how to manage these waitlists.

Extensions of up to a week currently require medical documentation to be granted, but this new policy at Vic would make that extension grantable by the course coordinator’s discretion. Students would no longer need to queue at Student Health in order to receive such documentation. The policy was proposed with the intention of reducing pressure on Mauri Ora (Victoria’s student health service).

The implementation of the policy at Vic is in its infancy. A representative from VUWSA acknowledged that under COVID provisions, leniency from lecturers regarding extensions is often adopted, however: “Under the normal rules it creates ridiculous demand on Mauri Ora and Disability Services. This drives up demand for both of these services around assignment submission time, rather than across the seasons.” Our source from the meeting reports that the delay is due to the “movement com[ing] from the lecturers up” rather than being carried out by upper management, the lecturers are “so bogged down” they lack time to press the issue.

Critic inquired as to whether Otago would consider enacting a similar policy. The Deputy-Vice-Chancellor Academic, Professor Pat Cragg, said that they are “mindful” of potentially overburdening Student Health Services during the pandemic and are “actively encouraging” students to stay home when ill.

One student we asked reported otherwise. Having contracted a “triple respiratory infection”, they were required to sit a catch up [lab] within five days of their missed lab. “I really shouldn’t have gone in but I had to ... I had the mask on and I was coughing really hard because I had bronchitis and really bad bronchitis. And laryngitis! And sinusitis!”

The current state of Otago's extension policy, as published in online policy documents, is that students must apply in writing, in a timely fashion, and is only explicitly required for extensions exceeding five days. Cragg said that staff had been told to request statements from sources outside of Student Health, but still within the University, such as academics or College staff members.

This new policy would set Vic and potentially Otago apart from other universities, many of which also suffer from overburdened health services. Their current policy is the most lenient of the universities examined, allowing for flexibility for large workloads and making no explicit requests for documentation.

The University of Auckland’s policy states that students are required to have a medical certificate, must fill a formal application, and must apply within a week of the missed assessment. A student from UoA believes that this is because “they want things to be fair and equitable and for students to have a genuinely good reason”.

The University of Canterbury’s policy documents basically just defer all decision-making power to the course coordinator. UCSA was asked for a comment but failed to comment in time. However, student sources from UC noted that faculties had largely separate requirements.

It’s worth noting that across all universities, university policy rarely establishes blanket rules for extensions, often this is subject to faculties, departments, or course coordinators.

Changes to the extension policy might not be on the cards for us at Otago but one is forced to consider the efficacy of the current procedure. This raises questions like “If students are encouraged to stay home when sick, why did our source have to do his lab with a respiratory infection? Should we be inclined to share our personal health information with university staff? And does this mean I can ask the medicine lab demonstrators to check out the weird rash I have on my back?” Time will tell.

Victoria University’s media team was contacted for this article but did not want to comment.