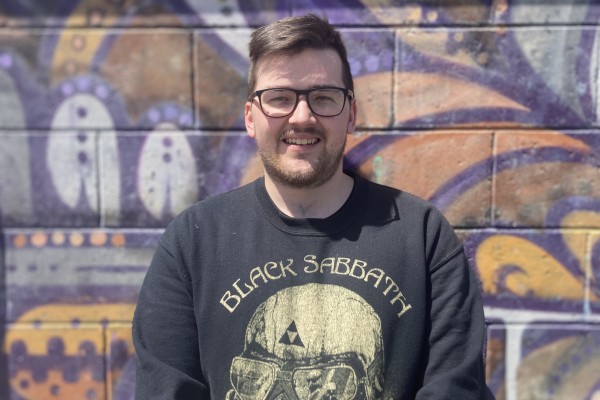 It’s been a year and a half with President Nathan Laurie in the hot seat of the Otago Polytechnic Students Association. He described himself as a “batshit crazy motherfucker” no less than 8 separate times throughout the interview, but in reality he is a careful, if not overly-cautious student politician, who thinks the best strategy for student engagement is giving away free food. He’s probably not wrong. But he also initially refused to tell Critic how he voted in the general election and referenda out of fear for what students might think.

As we head into 2021, he’s stepping sideways into the position of Recreation Vice President. Nathan and Critic sat down in the cozy OPSA office to reflect on his time in office, Chris Morland’s segway, and the differences between polytech and uni.

Before joining Otago Polytechnic, Nathan already had 5 years of experience with tertiary study and knew exactly what he wanted out of it. He started at the Southern Institute of Technology (SIT) in Invercargill, before moving up to Dunedin to study a Bachelor of Commerce at the University of Otago. He ended up dropping out of Uni after a year and was left feeling that study in general wasn’t for him. He worked as general labour for a while before he joined Polytech in 2018. “I needed to take another big turn in my life, so about a week before the start of semester I applied for a diploma in tourism. Literally like a week beforehand. Cut to nearly 3 years later and here I am.”

He danced around answering most questions about his thoughts on Otago University, simply saying that Critic will have to interview him again next year and we’ll get “the most colourful interview about the university” once he’s out of office.

He began his career in student politics as a class rep. The position came as second nature to him, thanks in part to his outspokenness and his previous experience with tertiary institutions. “I spoke up like nearly the most at those student council meetings. I guess I either gave a shit the most or I didn’t know when to shut up, but either way here I am”. When former OPSA president Jordan Dargaville was due to graduate mid year 2019, everyone instinctively looked toward Nathan to step into the presidency.

Nathan couldn’t point to one standout moment of success over his year and a half tenure, due to a self-described small ego, and because there are still many more things he wants to achieve for students. “There are things that I know have never been done before, there are things I’ve done that people tell me have never been done before or they thought it was impossible. I mean yeah I like to stop and smell the daisies, but I don’t want to stop and smell my own daisies. I don’t want to get complacent”.

He spoke of his secret for keeping his passion for OPSA alive: Making OPSA part of everything in his life. And he means everything, although OPSA Presidents only get paid for 11 hours a week. He listed off a bunch of things that all teetered on the edge of unhealthy devotion. Concerned for his wellbeing, Critic asked what he does to relax. Nathan mentioned playing video games, specifically Fallout 4, as a way to release shit without any real world repercussions, and his wide array of playlists for any mood he might be in. He also is partial to choppies (“Do you think students will know what that is?” he asked. For anyone who doesn’t, it’s tobacco mixed with weed in a bong).

Although polytechnics provide the same level of qualifications as universities, most OP students say there is a stigma for attending an ITP over a university. Nathan is aware that this perception exists, but has avoided experiencing it first-hand by being careful about what company he keeps. Specifically, that he doesn’t hang out with “shit cunts” who talk down about polytech students. He also noted that uni students aren’t often aware of how that kind of “shit cunt” attitude can affect themselves and the people around them.

When asked his thoughts on student culture, Nathan immediately changed tact to talk about learning environments. He described the overall student culture of Dunedin as being “dominated” by Otago University, but he thinks Otago Polytechnic’s culture is different from “[those] corporate soul sucking fucking overlords”. He stressed that although some staff need “some serious improvements”, overall OP “treat our students like people”.

“I guess looking at the very formal, structured, bureaucratic manner of the uni’s practice, compared to that I suppose I can say that OP does play things a bit more [playfully]. Things are taken quite sincerely here, but still in a way that has a very humane side to it”.

In fact, he thinks that OP has “meme culture” that is deserving of more attention. He gave the example of Chris Morland’s (OP’s Deputy Chief Executive for Learner Experience) “zoomies” on his segway through the Hub. Nathan wants students to know about the hidden meme culture at OP. “The meme culture here is unreal [...] part of my job this year is showing staff just how memey they are and how this stuff needs to be shown to the students.”

Nathan’s goals for 2021 are: “Fleetwood mac & cheese Monday”, a feedback box for students to suggest events, even if, as Nathan suggests, “Half of them might be ‘Nathan sucks dick’ or penis drawings, but that’s the student voice: raw, unpolished and unfiltered.”

His final high profile move as OPSA President is putting the question of rejoining NZUSA to OPSA students. He thinks that the associations compliment each other, if not for the fact that they are very similar in size and structure. Also, he let slip that an ITP President is the frontrunner for NZUSA President in 2021, which would be a huge break from the series of uni presidents that usually take that spot.

Because he isn’t leaving the student politics game, there is no need to say farewell to Nathan. “I’ll still be around. Slightly less stress, I guess with slightly fewer responsibilities, and I guess a little bit more freedom. A bit less scrutiny as the one who represents all of OPSA. I can kind of do my scheming in the back. I can’t wait for what’s in store next year.”