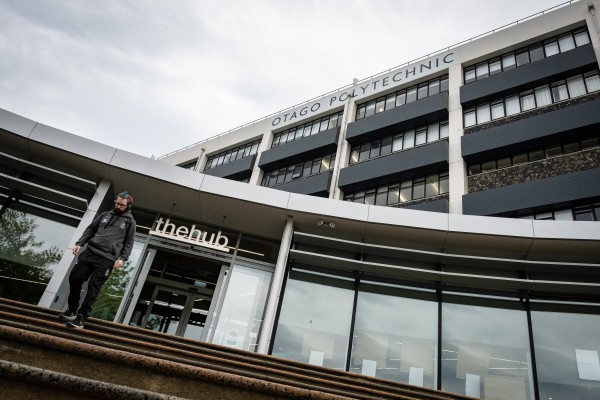 Otago Polytechnic students have voted to defer the decision on whether or not to join NZUSA for a month, to allow for an information session on what NZUSA actually is.

OPSA President Nathan Laurie put the question of if OPSA should rejoin NZUSA at their special general meeting (SGM) on October 21. NZUSA co-VP Matthew Schep was in attendance and fielded questions, however students were not satisfied that they understood the benefits NZUSA would give OPSA.

OPSA were previously members of NZUSA from 2002 until 2011. They left NZUSA due to a perceived lack of support and value for money from NZUSA. OPSA felt NZUSA didn’t lobby enough to protect ITPs (Institutes of Technology and Polytechnics) from losing student representation on Polytechnic councils - the National Government at the time cut the members of Polytechnic councils from 20 to 8.

A pressing question raised by 2021 OPSA President-elect, Ezra “Ewok” Tamati, was what can NZUSA do for ITPs. When searching for answers online it is difficult to list what NZUSA has actually done for ITP students in particular. Most credit for student ‘wins’ is given to the political parties NZUSA lobby (a fancy word for ‘annoy’) for change. At present, NZUSA is campaigning for the implementation of a Universal Education Income (UEI), which would cover all tertiary students.

NZUSA membership has been dominated by universities since its inception in 1929, with the first ITP being inducted nearly 40 years later. NZUSA co-VP Matthew Schep did admit to a bias, primarily due to universities making up a majority of memberships (8 out of 13), thus having more sway. However, the number of ITP members in NZUSA is growing. Just yesterday, the Nelson Marlborough Institute of Technology student association, the excellently named SANITI, voted to join NZUSA in 2021.

Currently, Otago Polytech does not allow OPSA to spend its budget on memberships to political lobbying groups, such as NZUSA. Even if they were able to put the budget toward this, OPSA President Nathan Laurie noted they would have to seek additional funding via sponsorships or by negotiating with the Polytech. The membership fee for rejoining NZUSA as an associate member is estimated around $8,500.

Also discussed at the SGM was OPSA’s plans to start an Instagram account, hire a part-time Communications Advisor, and collaborations with local supermarkets to create affordable meal packages for students.