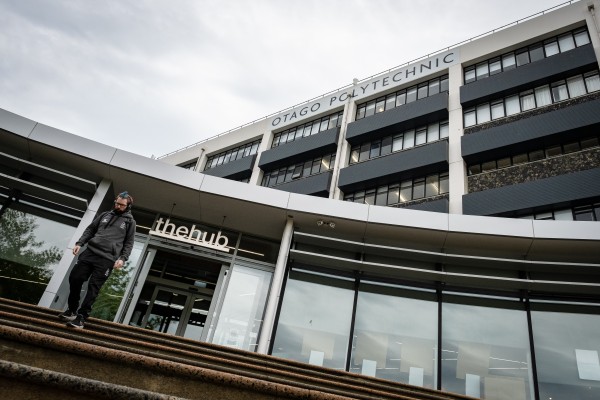 Will it be a homecoming 9 years in the making?

Currently, only five of the 13 members of the NZUSA are Institutes of Technology or Polytechnics (ITPs); university student unions make up the majority of NZUSA members, including Otago University’s OUSA.

But Critic reckons the real question is, how many Polytechnic students actually know what the fuck NZUSA even is?

When asking students in the Hub about NZUSA, only one had ever heard of the organization before, and only knew of them by name. After a brief explanation of who NZUSA are and what they do for tertiary students, the majority of students felt that rejoining the union would be a positive thing.

A Level 3 Foundations student named E said, “I mean there's however many thousands of students at Polytech ... it's close enough to a university that it makes sense for everything to be under one umbrella of what students need”.

Culinary Arts student Zoe, on the other hand, would prefer that the money was spent on improving mental health services on campus: "it's great they want to join into a big thing but they probably should focus on making the campus more student orientated".

OPSA initially joined NZUSA in 2002, back when the U in NZUSA stood University. 2006 OPSA co-President, Natalie Absalom, played a significant role in changing the organization’s name to the “New Zealand Union of Students’ Associations” to demonstrate inclusivity of all tertiary students. OPSA left NZUSA in 2011.

NZUSA President Isabella Lenihan-Ikin said that OPSA’s application to rejoin is a reflection of “hard work and our strong advocacy for students’ during the Covid-19 lockdown”.

OUSA has been a member of NZUSA since the dawn of NZUSA time, and recently, OUSA members reaffirmed their commitment to NZUSA with a vote of 81.2% in favour of staying.

The question of joining NZUSA will be presented to students in the SGM held on Wednesday October 21st at 12pm in room G106.