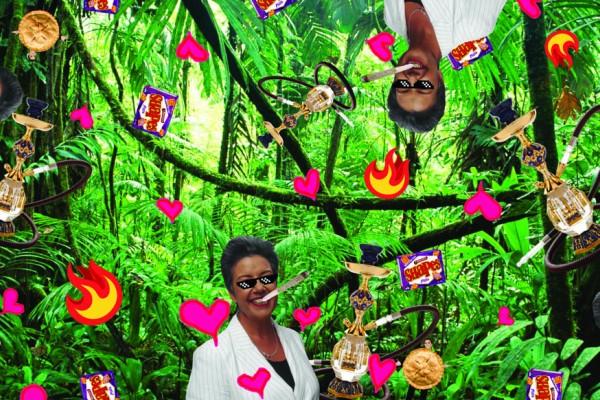 Interview: Paula B at Wiki-O

The moment it was announced that Paula Bennett herself would be making an appearance at Tent City, this Critic reporter knew they had to get an interview with her. As she would only be around for two hours, my window of opportunity was as slim as the cut of her pantsuit.

Once I got to the stall, I side-stepped Simeon Brown MP™, thinking he was some random Young Nat volunteer (soz), got a cup of watered down Powerade, and pivoted to engage withher.

Seeing her in the flesh was an almost out-of-body experience. The kind of star-struck feeling I imagine you’d get at recognising, and then talking to, a historical dictator. Even if you don’t agree with their politics, it’s exciting to be able to shake their hand.

I announced that I worked for Critic and wanted to ask her a few questions. To my surprise, she ignored the suspicious looks the Young Nats were giving me, and gave a cheery, “Sure you can!”

So how are you liking O-Week?

“I’m loving it. Only in O-Week can you get a photo of a giant bong [she pointed to a shisha pipe] and a pie [there was a dude in a giant pie costume] and meet some new people. Everyone is great.”

What is your favourite flavour of Shapes?

If you could criminalise any drug that is currently legal, what would it be?

She thought for a long time. “That’s a good question, isn’t it. I don’t think I would criminalise anything. I don’t think you can put something back in the box.”

Do you wish you went to Otago Uni?

“Yes! Just for the whole experience. It’s really a city that embraces their students and loves them.” The latter is absolutely untrue, but beautiful women don’t need to know everything.

I never dreamt that I would get this far. Unfortunately, those were all the questions I had prepared, and in my star-struck state my brain couldn’t bear to formulate a question off the cuff. Should I have asked her about her former role as Minister for Women? Should I have asked her what the National Party planned on doing to win student votes? Should I have told her how much of an absolute snacc she was looking?

Paula, if you are reading this, I miss you already. Come to Re-O.