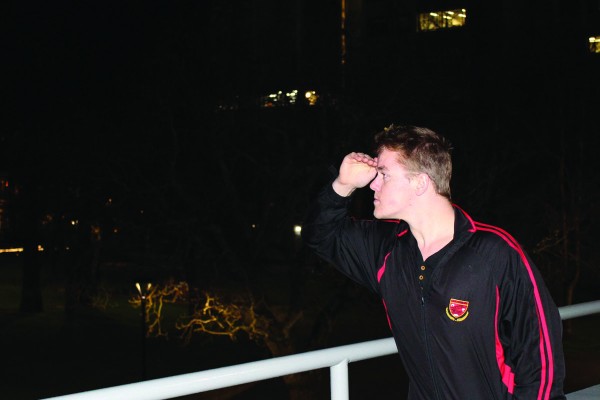 Who Is Watching Campus Watch?

EDITORIAL: A couple of years ago, I lived on Hyde Street. There was a flat on the street that was apparently connected to the Mongrel Mob. There were a bunch of high school cunts that would always show up on Saturdays looking for a fight. There were drunk randoms constantly trying to crash parties.

Campus Watch were life savers. Their presence kept everything in check. They were friendly and chill, but still maintained that illusion of authority that made the street feel safe.

I genuinely value Campus Watch. But their role needs to be clearly defined, because when it isn’t you get rogue officers who think they have a lot more power than they actually do, and they start pushing the rules.

Malcolm Monceif-Spittle, an Alt-Right activist, posted a bunch of videos over the last two weeks that raised serious questions about the quality of training and policies of Campus Watch officers. He was putting up posters promoting a far-right, racist Youtuber.  He was well within his rights to do that. Other students were well within their rights to deface or remove them. Campus Watch, as university staff and therefore government employees, do not have the right to do that.

Malcolm barred up and demanded to know why they removed his posters, which he had been told just one week prior that he was allowed to display. During heated exchanges, the officers repeatedly refused to give their name when requested, were not displaying their IDs, and demanded that he stop filming them, insisting that he was not allowed to.

This is absolutely incorrect and potentially dangerous misinformation.

It is 100% legal to film in a public space in New Zealand, and it’s a breach of NZ Security Association code to not show ID. Not only that, but when Malcolm went to another Campus Watch officer for help because he felt he was being harassed, the officer told him that he would not talk to him unless he stopped filming him.

This kind of treatment is not appropriate. New Zealanders have the absolute right to film police and security guards. In fact, for the sake of transparency, we should encourage it. The fact that Malcolm left feeling intimidated and harassed, and was then denied help simply because he wanted to keep a record of the interaction, shows that Campus Watch have some seriously messed up priorities.

When Campus Watch was founded in 2007 following the Undy 500 riots, there was a lot of talk of Big Brother and 1984. For the most part, that talk was hyperbolic and meaningless. With the exception of the time they tried to get the 4/20 club arrested, Campus Watch has been a low-key and overwhelmingly positive thing for students.

But it’s worth questioning whether they have started to exceed their authority and influence beyond what they were originally created to do, which is “preventing crime and disorder and enhancing the student environment”.

We need better transparency and a clearer idea of what exactly Campus Watch’s role is, because right now it’s super vague and seems to imply that they can just do whatever they want.

I say this not because I am opposed to Campus Watch, but because I support it. We need to know what they stand for, so that when things like this happen we can tell whether it’s an issue of rogue employees, or whether the organisation itself is at fault.