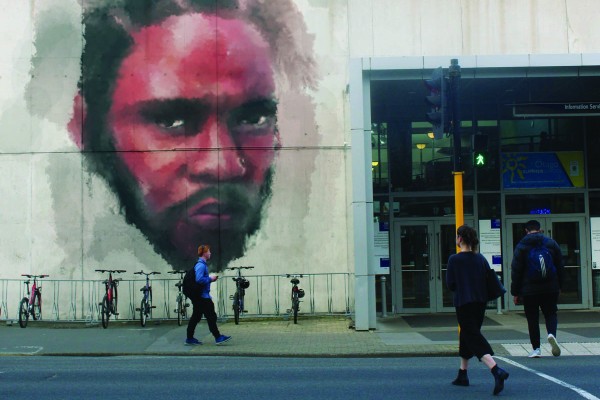 Money trees is the perfect place for shade, and that’s just how I feel

The DCC spent just $3,181 on promotion and events for Kendrick Lamar’s Dunedin concert, compared to $221,000 for Ed Sheeran’s three concerts, according to details released to Critic under the Local Government Official Information and Meetings Act (LGOIMA – it sounds gross if you say it out loud).

The $3,000 funded a dance and hip-hop performance in the Octagon, a rap battle in the University of Otago Union food court, and a City of Literature event. By contrast, Ed Sheeran’s weekend included $60,000 on traffic management to make the Octagon pedestrian-only, $18,000 on media (including $8,000 on a mural), and $142,000 on extra events, including music performances in the Octagon, the Autumn Lights event, and the Otago Sounds Amazing Museum event.

Joy Gunn, Dunedin City Council Manager Community Development and Events, said that the difference in spending was due to the Ed Sheeran Divide tour bringing a larger numbers of visitors to the city, and the fact that it was held over Easter.

“As this was a long holiday weekend and the first with Easter trading, this meant thousands of concertgoers had the opportunity to spend more time in the city to enjoy concert-related events, shopping and other city attractions.”

“Before the Divide tour, the DCC had not run special events or activities for Dunedin Venues Management Limited (DVML) run concerts. For single concerts, such as that of Kendrick Lamar and P!nk, the DCC does at times do associated events or promotion, but at a much smaller scale.”

Fraser Thompson of dunedinsound.com said the figures show that “the DCC is more interested in celebrating musical products with mass appeal than artists with artistic integrity... which kind of makes sense since they probably see Dunedin as a business and Ed Sheeran undoubtedly brought in more money, but I'd like to think they're also interested in developing the city’s brand as an artistic hub and not just somewhere labels can send their talent to get $221,000 of free marketing.”

An Economic Impact Study from DVML, the DCC-owned company which operates Forsyth Barr Stadium, found that the Ed Sheeran concert brought in $31.9 million to the city. Robbie Williams brought in $3.31m, and Roger Waters $3.3m. No economic impact study was conducted for the Kendrick Lamar concert.