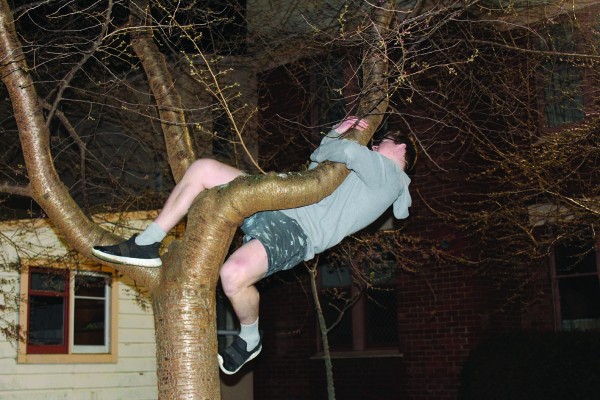 Welcome to another loosely themed issue of Critic. This week we’re telling you what to think by reviewing a bunch of stuff like carpet, Chinese food, and Vodka Cruisers so that you know what the best stuff is and you don’t have to have any original thoughts or opinions.
While we’re on the topic of Critic telling you what to do, you should really pull your Red Card soon. We’re fast approaching the wonderful time of year known as Red Card Season, where everyone who hasn’t got around to pulling their Red Card suddenly remembers and tries to hastily plan something before second semester exams.

Don’t be the guy who throws a last minute dress up party with no real theme or plan. Your Red Card is a once-a-year opportunity to do something cool; make it worth it.

If you’re a fresher or an idiot (or probably both), and you don’t know what a Red Card is, here’s the low down:

Red Cards are like Jaden Smith: they were brought into the world sometime in the late ‘90s and they often don’t make a lot of sense. The basic rules are that every person in the flat gets to pull one red card at any point throughout the year, and everyone else has to do whatever they say. Normally that means getting fucked up on something disgusting.

Obviously there has to be some limits – ideally don’t make your flatmates commit any crimes, for example. Also, it’s a good call to run it past the flat a few days in advance to make sure they’re available. Don’t let them get away with shitty excuses though. An assignment due the next day is an acceptable excuse. Needing to catch up on a few lectures and do some shopping is bullshit and you need to put your foot down.

If you can’t come up with a theme, here are a few classic ideas:

2. The Green Card – smoke a bunch of weed, go to a museum, and give everyone a scavenger hunt list.

3. The Sauna – turn on all the heaters, shut all the doors, cover the stove with pots full of water, put that oven on 360 degrees C with the door wide open, and have the kettle on a continuous boil. Then make everyone finish a box of purple goans before they can leave.

4. Possum – climb a tree, everyone find a branch. You can’t come down until you finish your drinks. It’s a real nostalgia trip.

5. Pirate Treasure Hunt – dress up like pirates, hide a bunch of clues around the city (you can even use QR code sites to make your own hidden clues). Make the final destination something sick, like a massive stack of Southern Gold or a nipple piercing.

Have fun, stay safe, and tell your mum you love her.
Xo, Joel.