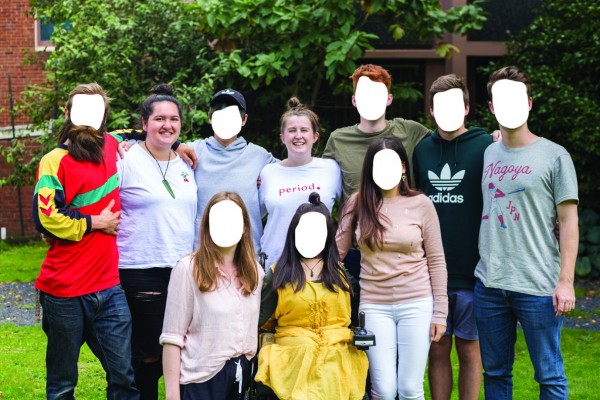 Back in the day, the OUSA executive had almost 20 members. They fought a lot and spent lots of money. They were a bit like a pretentious, high-rolling kindergarten. They had positions for everything. They even had two “general reps,” who did…well, nobody really knew what they did. When the exec was eventually trimmed down to its current, svelte form, the general reps were the first to go, and nobody cared too much. With the new executive containing just eleven people, every position needed to have a clear function or it wasn’t worth having.

Now that the student political class is gearing up for its annual electoral wankathon, it’s worth asking if, maybe, we’re doing it all wrong. Maybe the general reps were really the only positions worth keeping.

Next month, during the executive elections, OUSA will expect students to pay attention to anywhere between eight and eleven different contests and to make informed choices in each of them. What will actually happen is that at least three-quarters of students won’t care enough to vote. Of those who do, most will only pay attention to the presidential candidates and almost nobody will give a shit who gets elected to any of the junior positions.

A relatively small number of good candidates will be spread unevenly across a relatively large number of contests. Of the eleven positions up for grabs, around half will have only one or two candidates, a number of whom will be painfully dumb. A lot of the best candidates will end up running for the same positions. Students will be forced to pick between them while accepting whatever dross runs elsewhere.

There will also be tickets, because this year’s executive (nine of whom were elected as members of a ticket) ignored a referendum result and the recommendations of their own Elections Review Committee and have refused to regulate tickets.

Under the Faustian logic of tickets, candidates running in higher-profile positions like President and Vice-President get a free boost to their visibility and campaigning muscle. In exchange, their lackeys down-ticket get an easy ride to a lower-profile position like Colleges Officer or Environment Officer. Tickets, and the undemocratic ways they have been used in recent years, are a result of the fact that eleven contests is way too many for students to follow or care about.

Also, whoever is elected Welfare Officer will end up doing twice as much work as they’re (under-)paid to.

Here’s what to do about it: get rid of all of the existing positions besides President and Te Roopu Māori Tumuaki. Instead of nine predefined positions, have nine general reps who can divvy up the work based on ability and fairness.

Elections would be so much simpler. Candidates can’t cynically speculate their way to the easiest seat available. They get two choices: run for President or run for general rep. Instead of almost a dozen different contests to pay attention to, there are only two. Students cast one vote for President and, say, four for the general rep candidates who impressed them the most. The top nine candidates get elected. The top four of those get first dibs on the higher-paid, higher-workload roles.

Students would no longer be stuck with a muppet on the exec just because that muppet ran unopposed. Radical or outsider candidates who only attract around 20 per cent of the vote would finally stand a chance, making the executive more diverse and less bland. Tickets would naturally be limited to around five members, because otherwise they’d be splitting their own vote. Hell, we might even get tickets based on principles not convenience—imagine that!

This model isn’t perfect—none is—but it’s a better, more realistic reflection of where OUSA politics is at.

P.S. There is no such thing as Environment Officer. Bet most of you didn’t even notice.