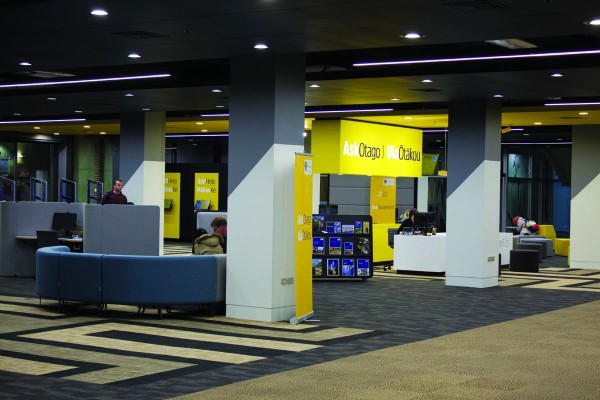 Critic Takes Over AskOtago And Makes It Way More Useful

Also, pretty sure we legally own the Clocktower now

At the start of the semester, the mysterious wall of mystery that mystified the masses on the ground floor of Central Library came down, and the TRUTH was revealed to all. Unfortunately, that TRUTH was really just the Uni coming up with an excuse to lay off a bunch of staff and build some yellow desks where you can ask them questions about bureaucracy.

So the TRUTH was incredibly boring. UNTIL NOW. Thanks to some amazing investigative work by some of Critic’s most diehard fans, who then fed their groundbreaking findings to us, we discovered something huge.

The University of Otago never registered the domain names for askotago.com and askotago.co.nz. So we bought them for US$24.76, half of Critic’s annual budget.

It took us a long time to work out what to do with them. We considered just linking them straight through to coolmathgames.com, or maybe just starting our own university where we teach people about menstruation. In the end, we decided that we would do our civic duty and make our own website that answers the questions people really want to know.

Unfortunately, we’re not very good at making websites so we could only make it answer six questions, but luckily they are the most important questions.

If you want the answers, you’ll have to fire up the ol’ desktop, do some web surfing on internet explorer, search Bing, and type in www.askotago.com to find the ONE UNDENIABLE TRUTH.