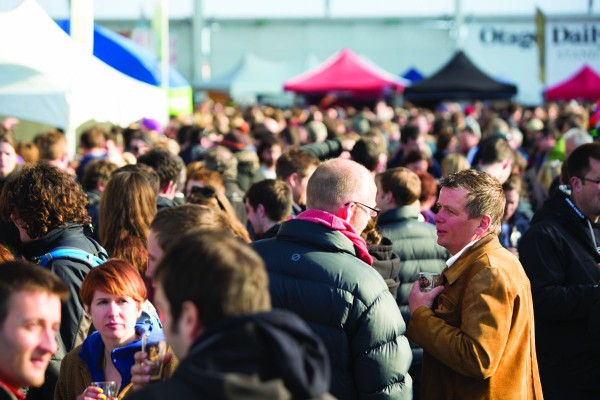 The Dunedin Craft Beer and Food Festival sold out of tickets in a record three minutes after going on sale last Friday.

The OUSA-owned festival, which is scheduled for November 10, made 6000 tickets available. 2000 were made available to email subscribers on Wednesday August 1, which sold out in 20 minutes, and the remaining 4000 were snapped up in three minutes after they were released two days later.

“We thought that it would probably sell out on the day, but not in three minutes,” said OUSA Events Coordinator Jason Schroeder.

This is the third year the festival has sold out, but it marks by far the quickest sale. In 2017 the event took 10 weeks to sell out, and in 2016 the last tickets were sold one week before the event.

While student tickets were available at a $5 discount, OUSA doesn’t treat the festival as a student event but rather targets it toward the general public and uses it as a way to raise funds to keep the association running.

“As a students’ association running a public event, we needed to be able to warrant the resources. Now we’re able to run it as a really strong fundraiser,” Schroeder said.

Tickets were sold for $45, up from $40 in 2017, but despite the clear demand, Schroeder said they’re not keen to raise it much more for next year.

“We wouldn’t want to raise the ticket price too much. There’s definitely a ceiling with what people are willing to pay and also the value that they get back… It’s really popular, why screw that? We don’t want to get greedy.”

Instead, OUSA Events says they’re keen to explore other ways to increase revenue, including further sponsorship and potentially lengthening the event across a whole weekend.

The 2018 Dunedin Craft Beer and Food Festival at Forsyth Barr stadium will feature 68 breweries and beer distributors, as well as 22 food stalls.

Those who missed out on tickets can sign up to a waiting list to get tickets if any are returned or more are made available down the track. There will also be a number of ticket giveaways through select sponsors.