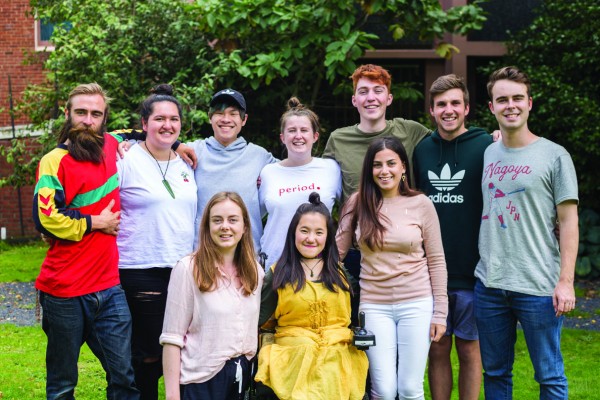 By Refusing to Ban Tickets, OUSA Exec Turned Their Back on Students to Serve Themselves

OPINION: What’s the word for when politicians rig the system against the will of the people to keep themselves in power? Because maybe someone should teach it to the baby politicians on the OUSA Executive.

In this year’s OUSA referendum, students voted to ban people from running on tickets in the OUSA election. The Exec opted to ignore that and shut down any discussion of banning or limiting tickets ahead of this year’s election. Coincidentally, nine out of those ten members (President Caitlin Barlow-Groome being the only exception) were elected because they ran on a ticket. Some are probably already planning their re-election campaign, which almost certainly involves putting together a ticket.

Tickets are basically a whole bunch of people running on a shared platform. You’ll probably see them all on a poster, or wearing matching T-shirts. You may remember the punishingly annoying Unity 2018 or Your Voice or Real Change from recent years.

In the past three years, a total of 30 OUSA Exec positions have been elected. 26 of those went to a candidate on a ticket.

Let’s be perfectly clear: Tickets have allowed weak, ineffective and underprepared candidates to ride the coattails of their ticket without having to run on their own ideas or abilities. And yes, that includes both this year’s and last year’s exec. That means you, as students, aren’t getting the representation you deserve.

The high profile positions such as President and VP are still competitive, but the minor positions have just become a contest of who you know and what name you can attach yourself to. It’s become blatantly clear that the only real chance you have of getting elected is if you are tied to a ticket.

Several current exec members defend tickets, because of their ability to empower those who don’t have the confidence to run alone. But what they’ve done is take any chance of a fair race away from an independent candidate who isn’t part of the student politician clique.

The referendum vote was close, at 51.5% in favour of the ban, and it was non-binding. Given this, a compromise to limit tickets in someway instead of outright banning them would have been justifiably enough to show that they actually listen to students. We didn’t even get that.

Caitlin Barlow-Groome suggested that Presidents shouldn’t be allowed to run on a ticket, as they ought to run on their own merits. The Elections Review Committee suggested limiting tickets to four people as a way of empowering people to run but limiting the overpowering nature of a 10 person ticket.

It was all shut down by an executive that was unwilling to look past their own personal biases and represent the students who voted for change.

As Colleges Officer Norhan El Sanjak said, “We were all on a ticket; we might be a bit biased”.