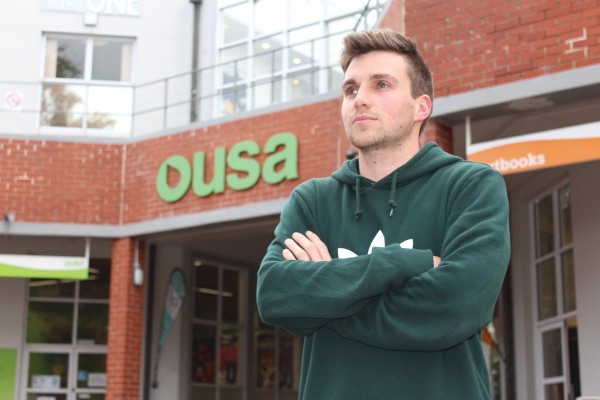 NZ Business Is Screwing Over Our Generation

OPINION: As OUSA Vice-President, I attended the United Nations Sustainable Development Goals (SDGs) summit in Wellington a couple of weekends ago. My hope that NZ businesses were proactively working towards sustainability was completely shat on. The SDGs encompass all aspects of sustainability, not just recycling and reducing carbon, but also gender equality, eliminating poverty, and sustainable energy production and consumption.

At the beginning of the summit, businesses were urged not to cherry-pick goals that were simply ‘more relevant’ for them, they were told that that would mean completely sacking it in the face of climate change, and taking the easy option out. Which is exactly what happened.

The businesses constantly said how unfair it was when the media criticise them “whenever we implement more sustainable methods”. Maybe that’s because they’re half-assed attempts? Instead, they said, NZ should celebrate the progress businesses have made in sustainability. Sanford, “the home of sustainable seafood,” pointed to one of their more ‘sustainable’ examples where a captain of one of their fishing boats accidentally caught three dolphins in a trawling net. Instead of keeping the catch full of cod and killing the dolphins in the process, he released the entire catch. Whoopdee-bloody-do. This should be the industry expectation, not some one-off event. It’s as if caring for the ocean is a choice not a duty. What’s more, Sanford reminded us of a disturbing reality: by 2050 there will be more bits of plastic in the oceans than fish. As if we didn’t need another excuse to loathe humankind even more.

The biggest polluter was actually the most impressive. Air New Zealand said they are addressing all 17 of the SDGs. They have calculated how many trees they need to plant to offset their carbon emissions, and they are doing just that. But their efforts didn’t stop with the natural environment. They acknowledged a massive problem with gender equality on their boards. Some years ago, they had only about 14% of women on their boards. It has increased to 40% and they “won’t rest” until it’s 50/50. This is great, but please address the absurd amount of non-recyclable plastic used on your flights. No, I don’t want water poured from a plastic water bottle into a plastic cup and an individually wrapped Cookie Time.

What was most disappointing is that by 2030, when these goals are meant to be achieved , many of these business executives will have retired. Guess who will have to inherit the unattempted sustainable development goals? Us. And guess who didn’t even get a mention at the summit? Us, our generation. We heard all weekend about giving businesses incentives to becoming more sustainable and that doing so can actually increase profits and benefit business. What about striving for sustainability because it’s the right thing to do? What about striving for sustainability so that your kids and grandkids can have a safe environment to live in? The takeaway from the summit was that being sustainable is a suitable means to generating profits, because that’s what the consumer desires in the 21st century.

The University of Otago has just signed the SDGs. We are the first University to sign them in the country. Hopefully this won’t just be a token gesture like those on display in Wellington. The goals will be listed on their website in the next few months along with binding targets attached to each goal. This is extremely encouraging to see, especially given my weekend away with the capitalists. Don’t get me wrong, we should hold the University to account on this. But at least they have tied their hands to actually give a shit.

It’s time for our generation to stand up against pathetic efforts to sustain our environment and to demand a world which is not an orbiting ball of landfill and carbon, but a prosperous world where every living thing can thrive. But demanding won’t be enough. We need to lead the world in environmental sustainability, because the incumbent working generation sure as hell isn’t. Inheriting a ticking time bomb for a world is not an option.