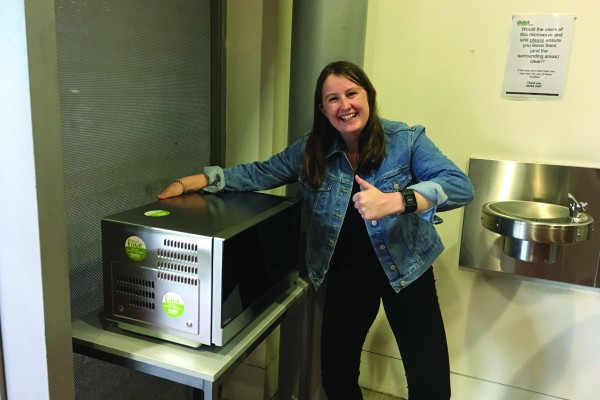 Opinion: Why Is the OUSA President Making Excuses for the University?

In OUSA President Caitlin Barlow-Groome’s recent opinion piece, she discussed how our university has been trying their best at student consultation. Trying something, for sure. Caitlin, you’re doing alright, but the last thing you need to do is make excuses for our university.

Take the CCTV consultation. When the COO and the Proctor spoke at the forum, it felt as if they were justifying their plans, rather than seeking genuine feedback or a compromise solution. Whether North Dunedin needs cameras or not, there’s a vast difference between an educational institute surveilling a wide residential area, and targeted cameras from a neutral stakeholder like the city council.

The proposal itself was marred by dishonesty. It showed thefts and assaults reported to the Proctor’s Office, rather than wider police data. The vast drop in arson rates was omitted entirely. There was a promise to black out footage of private areas – impossible to verify, and software could always be circumvented.

They cited a pilot camera facing down Hyde St, which was installed the year prior without notifying residents, nor was their feedback sought before continuing the proposal.

And yet, the CCTV proposal has been their best effort at consulting students.

When Student Health announced their intention to restructure mental health services, the period for consultation was held during the busy semester two exam period, and so poorly advertised that students had to arrange a forum on their own. The changes went ahead as planned, despite concerns around the continuity of staff, retained limits on counselling sessions, and the narrower focus on drugs and alcohol and cognitive behavioural therapy.

Mental health is too important an issue to half-arse, and I genuinely cannot understand the haste behind these changes. Even more so when the new government committed to its own inquiries and boosts after being elected.

Staff cuts? Perhaps our university actually does need cuts to support services, physical education, human nutrition, music, languages, materials science, and arts. At the very least, we need convincing that it’s not the end of the world, and that student feedback is a part of the process. We’re not getting that with Harlene. When hundreds of people are protesting, it’s her responsibility to face the crowd, instead of evading it from her Ivory Clocktower.

Here’s where the OUSA executive comes in. During last year’s campaign, there was an idea to host public forums with senior staff members of the university. Harlene Hayne pre-emptively agreed to it, and while it could be the boost in transparency we’re asking for, I’m holding out for the roast of the decade.

Caitlin’s reply: There is no way I am making an excuse for the university. The intention of my opinion piece was to say that there are around five people who are actually trying to get student consultation underway, and that I have worked with a vast majority of the managers of the university and they clearly aren’t doing their job if I didn’t comment on them. Like you said Alex, Student Health was executed terribly as was changes to departments, but those are very different people involved who need to learn from their mistakes.