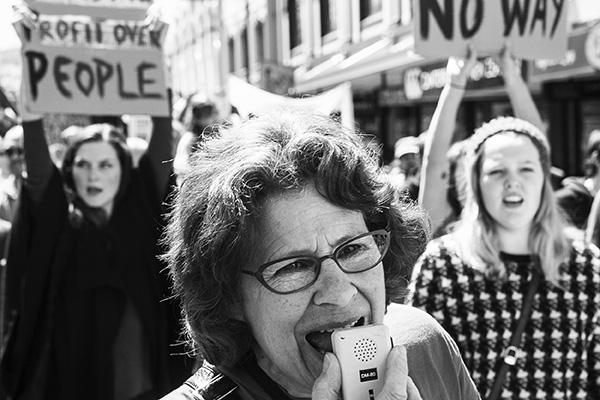 What You Need To Know: The Trans-Pacific Partnership Agreement (TPPA)

I f you type “TPPA” into a search engine, the first result will probably be the website of It’s Our Future NZ, a hub for anti-TPPA activity in New Zealand, decorated with a handy countdown to the next action organised against the agreement. The second will probably be Greenpeace’s webpage viciously condemning the agreement.
What you might not find, however, is much information about what you’re actually searching for in the first place.

Negotiations over the terms of the TPPA were set to wrap up in 2012. However, they proved to be so contentious that, three years later, they are ongoing — and heated.

Here, on this page, we’ll lay out the guts of the Trans-Pacific Partnership Agreement for you, so you can understand what it is and why everyone’s so riled up about it.

The Players
There are 12 original signatories of the TPPA, including New Zealand and the US, but a number of other countries have declared interest in participating in the negotiations. When the TPPA emerges from negotiations, it may become the world’s largest economic trade agreement to date.

The Basics
According to a page dedicated to the TPP on the New Zealand Ministry of Foreign Affairs and Trade’s website, “the TPP aims to create a regional free trade agreement … [that] would deepen economic ties between its diverse members by opening up trade in goods and services, boosting investment flows, and promoting closer links across a range of economic policy and regulatory issues.” Nowhere on the page are there details about how, exactly, the TPP will do all of that.

That omission isn’t an accident — it’s by design. TPPA negotiations have become famous for their secrecy — almost everything that the public knows about the TPPA has come from a series of high-profile leaks of chapters of the agreement.

In the most basic terms, the TPPA is a multilateral trade agreement. It will regulate and favour trade between signing countries.

However, it’s become clear from leaked documents that the TPPA is not a “standard” trade agreement. The degree of regulation outlined in the leaked drafts of the agreement goes beyond what could generally be considered normal for a trade agreement.

The leaks have shown that the TPPA encompasses a wide range of issues, including, notably, prosecution for digital copyright infringement, enforcement of pharmaceutical copyright and the process by which a corporation might sue a signing country’s government.

The Controversy
In the context of the secret negotiations and alarming leaked information, a robust movement against the TPPA has formed. Here, It’s Our Future NZ has spearheaded protest efforts. This involved helping to coordinate the New Zealand branch of an international day of action against the agreement this past November, and another one planned for 7 March 2015.

While the TPPA has been kept secret from the public, a number of large corporations have been able to see (and likely influence) its contents. Many critics have suggested that the agreement will be more favourable to certain deep-pocketed corporations than to any of the signing countries.

In 2013, WikiLeaks published 30,000 words of the TPPA, which comprised the chapter on intellectual property and copyright infringement. The terms laid out in the chapter would likely drive up the price of many medications in New Zealand (and in other signing countries), because they would increase the time that patents last for (thereby limiting the possibility of cheaper, generic brands being on the market). The leak also revealed that the TPPA would probably require much harsher penalties for intellectual property infringement, especially for digital copyright infringement and hacking.

There’s another problematic aspect of the TPPA, which the public learned about when the investment chapter of the agreement was leaked in June 2012. Provisions in the chapter would give transnational corporations the right to sue signing governments if they do anything that would deprive those corporations of expected future profits. The lawsuits would be heard by international tribunals, not the country’s domestic courts.

New Zealand has signed other treaties with similar provisions, but never with countries like the United States. Many corporations based in the US are big investors in many countries, including New Zealand, and have a reputation for using their power to sue foreign governments.

If the government is worried that they will be sued by a big corporation with significant investment in New Zealand, “it will have a chilling effect on the ability of New Zealand and other signatories to pass certain legislation,” Green Party MP James Shaw told Critic.

In response to a question about why the TPPA negotiations were being kept so secret, Trade Minister Tim Groser replied that it was to avoid an “ill-informed” public debate about the issue. Of course, there’s no better way of ensuring that a public debate be ill-informed than by deliberately blocking public access to information.

In a phone interview with Critic, former CEO of Oxfam New Zealand and 2014 Green Party candidate Barry Coates said, “There are potentially other [problematic portions] as well, but until we get ahold of the text, we don’t know how serious the other considerations are.”

Potential Benefits
Ever since New Zealand first expressed interest in the TPP, critics have been asking a basic question: why is New Zealand interested?

John Key and Tim Groser both argue that the TPPA would be a boon to the New Zealand economy, which is highly oriented towards agricultural exports.

A 2011 study found that signing the TPPA could lead to a $5 billion yearly growth in New Zealand exports, among other benefits, according to what was then known about the negotiations. But a later study, in 2014, looked at the analysis used in the 2011 study and concluded that less than a quarter of the potential benefits identified would likely pan out.

Groser has said, publically, that New Zealand would walk away from negotiations if the final agreement wouldn’t benefit New Zealand farmers.

“The biggest barrier to New Zealand exports isn’t tariffs, but subsidies, which aren’t up for negotiation,” he said, adding, “And [the final agreement] will be a long way from the full liberalisation that Tim Groser has said would be the only thing that’s acceptable.”

In any case, according to Shaw, it’s unlikely that the US market for agricultural goods will open as much as some might hope.

“The United States farm lobby is very powerful and very resistant to opening up to foreign imports,” he said. “There might be a partial opening, but it’ll be limited.”
The critics of the TPPA are many and varied: from those who think it won’t bring enough benefits to New Zealand to those who think that the cost is too great for any potential gain. And, for now, critics of every variety will continue to gather in the streets and demand change.