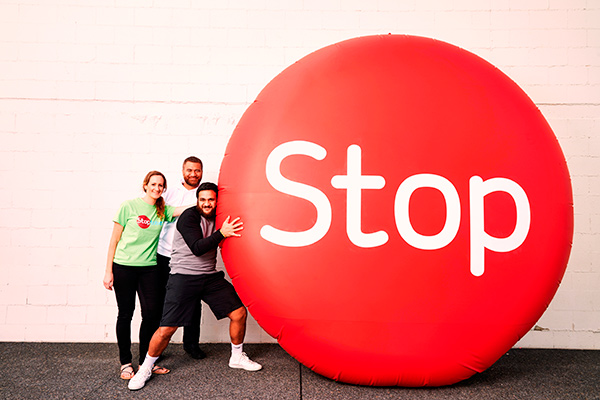 October has been christened “Stoptober,” as the government pushes to implement a new anti-smoking campaign. According to a recent press statement, “the campaign, funded by the Ministry of Health’s Pathway to Smokefree New Zealand 2025 Innovation Fund, aims to generate 43,000 quit attempts, with 10 per cent of these successfully quit at three months.” The campaign will mostly be digital, supporting smokers who want to quit with daily texts and emails, a Stoptober app, and a self-triage tool for those wanting more support.

The campaign has been met with mixed responses from smokers. According to Lily Redgrave, an Otago Polytechnic student smoker, it’s a “grand idea. The only way people seem to really quit smoking is if they commit to it, and this programme seems like a way to get people committed. I also think it’d be quite fun receiving little texts every day.” She did note, however, “it could be annoying to be reminded every day of what you’re missing.”

Mac Veitch, a University student who also smokes, was critical of the initiative, stating that “40,000 attempts seems a bit optimistic,” and pointing out that “personally, I wouldn’t get many perks out of it, especially since I don’t have a smartphone of any kind.”

Another smoker, Alannah Guinness, raised the issue of originality, commenting “I’ve already tried QuitLine without success and this sounds basically identical … I don’t know what this really offers that you can’t already get year-round. QuitLine emailed and texted me all the time and it was super irritating, so this campaign doesn’t really sound like my kind of thing.”

Advertising for the campaign begins this month, with radio and television campaigns on the cards. Radio stations Flava, ZM, Hits, and Radio Hauraki will be encouraging listeners to enrol for the campaign throughout September, and will offer motivational support during October. Events will be held in Auckland, Hamilton, Tauranga, Wellington, and Christchurch, as well as around 30 regional events featuring “the campaign’s huge red ‘Stop Ball’,” according to the press statement. Television advertising featuring Piri Weepu will also be broadcast in the first two weeks of this month, aiming to increase sign ups.
This article first appeared in Issue 21, 2014.
Posted 5:55pm Sunday 31st August 2014 by Nina Harrap.