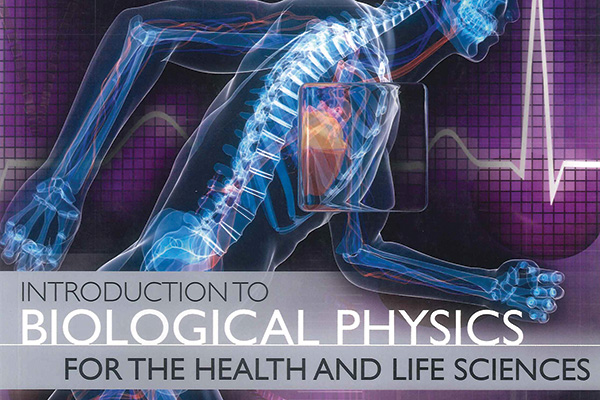 Investigating the ethics of being required to purchase a lecturer's textbook

Purchasing textbooks is yet another cost universities expect students to meet every semester. The cost and quality of textbooks ranges enormously between papers and, too often, the matter is aggravated when lecturers only use a few chapters of the textbook, or require a new edition of the text every year or two. Many textbooks are written by the very lecturers who teach the paper, which raises the question as to whether it is ethical to buy the lecturer’s own work on top of paying course fees. Following on from various students’ enquiries, Critic investigated what, if any, policies are in place at the University of Otago and how this differs to other universities.

The University does not have a policy regarding when a lecturer has a vested interest in the suggested or required textbooks for their paper. Professor Vernon Squire, Deputy Vice-Chancellor (Academic and International) explained that, despite the lack of direct policy, each new paper at the University must pass a “rigorous approval process,” which includes departmental and divisional endorsement, consideration by the University’s Board’s of Undergraduate and Graduate Studies, and approval by Senate. He says that the course outlines are included within this process and will usually, “although not always,” specify the required texts for each paper.

At a number of overseas universities, there are policies in place to remove this conflict of interest. For example, at the University of Kansas, “Proceeds must be donated to their departments, schools, scholarship funds or other non-profit entities.” At the University of Minnesota a lecturer “cannot personally profit from the assignment of materials” to students without authorisation of the department chair. With no policy in place at any NZ universities, the door is open for lecturers to take advantage of the position they are in. Overseas universities have, at the very least, guidelines on what should take place should lecturers even appear as if they are exploiting their students for personal financial gain.

University student Taylor Wheeler wants students to have access to the “essential” textbooks included in their fees. “Having to pay extra to increase your grade, even by a margin, is wrong,” she says. Once you have paid your fees, she says, “[students] should be given all of the material included in order to get 100 per cent.” She believes that when software for relevant papers is provided to students as part of the course fees, “essential” textbooks should also be included. The University has recently introduced Microsoft 365 as a free software package for all University students, adding to this point.

The University also has no policy on how crucial a textbook may be to a particular course. This means that there is no limit on how much the readings may contribute to a grade, whether described as a “required” reading (necessary for successful completion of the paper) or a “recommended” reading (if they are useful but not required). Depending on the lecturer, the reading may just be for enhancing understanding of the lecture material, or examinations could be set to contain material purely from the textbooks, meaning not doing the readings may have a direct effect on a student’s grade.

Squire makes it clear that “the University cannot compel students to buy any textbook.” However, he said, “Purchasing key texts is strongly recommended in many cases.” The alternative is that students can use the library system, however, there are rarely enough copies to cater for a whole class. Auckland, Massey, Christchurch and Victoria Universities run short-term loan systems for textbooks, similar to Otago’s course reserve system, but again none of the universities have a set policy in place regarding textbook demands from lecturers. A University spokesperson for Victoria said, “Course outlines are reviewed by an academic colleague [but] this does not necessarily mean that the colleague approves the [recommended reading].”

Nanette Cormack, Deputy Secretary of the Tertiary Education Union, says, “I would have thought that the institutions would have policies that resources recommended to students would be checked.” Cormack believes that as long as someone else in the department is checking over the materials recommended to the students, she does not see it as a conflict of interest. She says that given the “nature of expertise within New Zealand Universities,” it may well be that the academic staff are the experts in their field, making it “quite appropriate” to recommend their own text.

Otago’s department of physics had several lecturers involved with writing an Introduction to Biological Physics for the Health and Life Sciences. The textbook has been “essential” for one of the Health Sciences First Year papers (PHSI191) since its release in 2010. Head of the Physics Department, Associate Professor Pat Langhorne, says “it was never seen as a money maker” and that there is often a reason lecturers will work on writing textbooks. She explains that lecturers were spending an extensive amount of time writing more comprehensive notes for their students “because no textbook was on the market that fitted [the course],” and that it made sense to produce their own book. As a result of surveys for the paper, the Department discovered that students thought the previous textbook was “crap.” Since the introduction of their own textbook, however, survey results have been “stunning.”

Priced at $79.50, sales of the book provide royalties for the Physics department and the authoring lecturers. Physics lecturer Dr Craig Rodger says that a lot of the royalties are from international sales, which include Australian universities and Oxford University in the UK. The department makes some money to go towards labs and equipment, but the authoring staff also receive a “small reward.” He says “it’s certainly paying them for some wine and a couple of meals out a year to celebrate” for working on a “thankless job.”

Sales of the textbook through the University Book Store (UBS) are “small relative to course size” says UBS General Manager, Philippa Duffy. She says a “significant number of books, which were purchased through us, were for second hand copies, which we buy back and resell, for which the authors receive no royalties.” She also notes that there have been no changes to the edition since 2010, resulting in a large quantity of less expensive second hand copies available. However, Wiley Publishers have recently requested that a second edition be released, which could result in future students having to fork out the cost of the most recent edition once again.

Professor Lyall Hanton, Head of the Chemistry Department, believes that writing a textbook is an “altruistic undertaking” and that “there are much easier ways to make money.” Despite the issues surrounding the resignation of Chemistry lecturer, Associate Professor Allan Blackman, the author of the First Year Health Sciences Chemistry (CHEM191) recommended textbook, Hanton says the book from Wiley publishers remains the most tailored textbook for the course.

He said that there was a lot of discussion over which textbook to recommend when it was first implemented but “when a colleague, which he was at the time, has gone to the effort to write a textbook, and it’s highly suitable for the course, it makes sense that we seriously consider it for the course.” He explained that Australasia teaches chemistry differently to the rest of the world, with a heavy organic chemistry component included, so “if we went with American textbooks, students would have to buy two books.” He said there is one other book, which is published by Pearson, which could be considered as a replacement. However, he says, “That won’t be considered for a while.”

Associate Professor Kenneth Deans is one of the authors of the recommended texts for a 100-level Marketing Management paper. Deans receives the profits, explaining he doesn’t write the book on university paid time, and “I am taxed on it.” He says the financial benefits are “no more than a couple of days of consultancy.” He sees it irrelevant that he authored the book because whether a student buys his book over another book, “it’s still an added cost [for the student].”

Deans became involved with authoring the textbook so that New Zealand examples could be included, as well as international examples. He says he would “never” make additional material from outside of his lectures the difference between getting a pass or fail because it would be “immoral” and “suggests I can’t teach enough in class.” Deans’ “recommended material” is purely to “help students understand concepts discussed in lectures.”

He believes that it is “increasingly important for students to study from a wide range of sources, including the electronic material attached with his textbook.” MyMarketingLab is an online study service provided with the book; this additional content has become a common addition to new textbooks. The online material provided by a number of textbook publishers is potentially a way of attacking the used textbook market as it has a one-year expiry and often will have been used by the time the book reaches a second-hand store. Again, Deans assures us that the online material is purely “an alternative way to study” and is “absolutely” not required.

As an alternative or addition to textbooks, course readers may be required for some papers. Uniprint sold over $100,000 worth of course readers this semester, profiting by ten per cent of total sales. Individual departments do not make any money off the readers, except for the Department of Mathematics and Statistics, who request to keep ten per cent of the sales themselves. This is presumably for the labour required for writing the content, which may include an extensive number of original questions.

In a statement released by the American Association of University Professors, they expressed concern that “professors may seem to be inappropriately enriching themselves at the expense of their students.” They point out that lecturers are encouraged to publish the results of their research, so “they should certainly be free to require their own students to read what they have written.” Some students even enrol in a paper because they want to “engage in discussion with the professor about those writings.” The statement notes that it is important that policies to protect students “do not impair the freedom of faculty members” in deciding what materials to assign students.

The statement reads, “None of the policies [at the US universities] bar faculty members from assigning their own works to students. Rather, the policies seek to ensure that course-assignment decisions are not compromised by even the appearance of impropriety.”

In response to the policies put in place overseas, such as donating profits gained as a result of student purchases, Deans says, “if that became policy, or even formal advice, I would happily do that.”