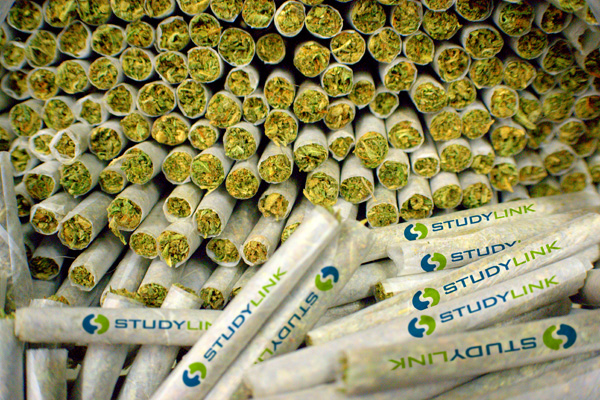 Drug dealers lose a significant portion of their clientele

In a crushing blow to the legalise cannabis movement, new legislation passed on 9 April will require beneficiaries to undergo drug testing when looking for employment from June this year.

A 2008 Ministry of Health study showed that those on the benefit are three times more likely to be weed smokers, so an estimated 20% of beneficiaries will be rushing to purchase eye drops and urine cleansers, thus spending even more on the habit.

Social Development Minister Paula Bennett said that the legislation would guarantee employers drug-free employees, while also giving drug users the chance to rehabilitate. Those who fail the test will receive a warning. They will then continue to receive payments until such time has passed that the drugs will have exited their system, at which point they will be tested again. A second failed test will result in payment reductions and possibly cancellation. Those who refuse testing will receive a 50% cut in payments and will be given 30 days to become drug-free.

Green Party co-leader Metiria Turei was sceptical: “It’s too expensive and it won’t work.” Early analysis by the Ministry of Health supports this, showing that the legislation would cost $14 million in rehabilitation, testing, and administration, while saving only $7 million in benefit payments.

Labour Party leader David Shearer was even more sceptical, claiming that the legislation was nothing more than smoke and mirrors to distract the public from a scathing Unicef report on New Zealand’s child poverty, released around the same time. Critic notes that the drug-testing legislation was introduced in September 2012, and thus the Government would need the foresight of the Jigsaw Killer in order to have perfectly timed the final reading of the bill with the Unicef report.

Although student loans are currently safe from persecution, Critic speculates it won’t be long before Paula Bennett tries to stop those receiving them from blazing up.
This article first appeared in Issue 8, 2013.
Posted 5:13pm Sunday 21st April 2013 by Baz Macdonald.