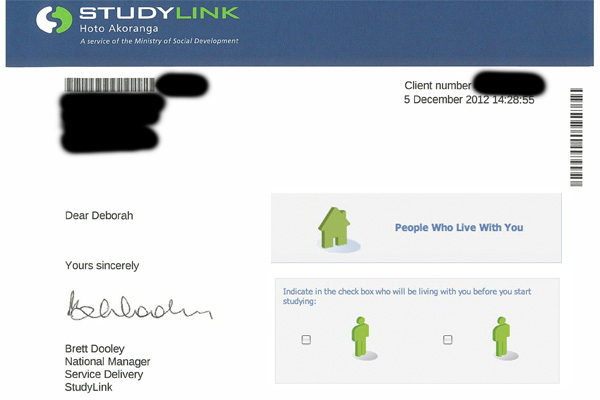 Students have gone weeks with no income as Studylink has failed to answer applicants’ phone calls. Criticisms have arisen that the service would struggle to organise a bun fight in a bakery.

Following an “unusually” high volume of calls regarding student funds, Studylink is yet to process some students’ funds, leaving them with no way to pay for their bond, rent, and food. While Studylink is reported to have hired an extra 300 staff to cope with the start of the academic year, it is clear that this has been inadequate to meet the demand.

Studylink is a service provided by the Ministry of Social Development that deals with the 310,000 students who apply for loans each year. This year, according to TVNZ, Studylink has dealt with 426,000 calls, many of them repeat callers. However, 296,000 of these calls were dropped.

OUSA President Francisco Hernandez has also been made aware of Studylink’s failings, as one of his campaign promises was to “fix Studylink.” If anything, it has only deteriorated. However, Herndandez told Critic, "I want to reassure students that we’re on Studylink’s case and that we will be working to keep the pressure on to fix the system.”

One Otago student, who wished to remain anonymous for fear of being further maltreated by Studylink, vented her frustrations to Critic. Her application from two months ago was yet to be processed. “I’m just about to go there for the fourth time this week and just talked to about my tenth person on the phone,” she said. “They treat you like you’re an idiot just because they don’t know what they’re talking about.” She also suspects that they have blocked her number.

Hernandez criticised the burden placed on Studylink staff. “You need to be able to get through in the first place … I’m being cut off before I even get to hear Brooke Fraser,” he said. “I think their staff are doing their best to do justice to the students. Unfortunately, they aren’t being supported adequately by the higher-ups and they don’t have the resources to cope.

“Studylink has been in this game for a long time. They should have been able to anticipate and plan for periods of high demand. Even the IRD have a call-back system now.”

Hernandez also stressed that any students with horror stories, or who need urgent financial assistance, should get in touch with him or the OUSA Student Support Centre.