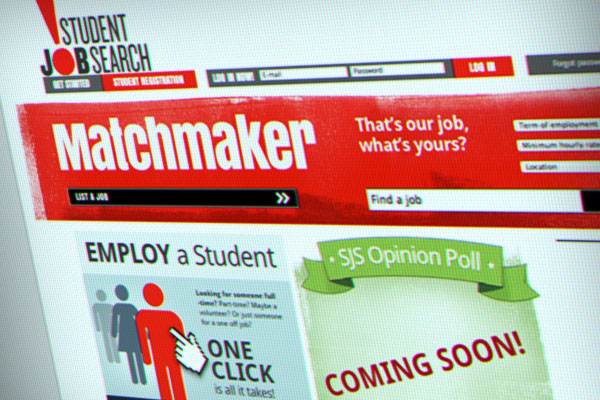 Students have earned $780,735 more through the Student Job Search scheme in the last 12 months than in the previous 12-month period.

Figures released earlier this week show that students earned $3,785,938 through SJS for the 12 months to August, which is 26% higher than the $3,005,203 earned in the same period last year. However, while students who are employed are earning more, the number of students placed in jobs has declined by 14%. This decline has been attributed to an increase in the number of students looking for jobs in the tough economic climate.

Students’ need for extra money has already been indicated by the 36% increase in enrolments at SJS. It is expected that the number of students using SJS to find part-time employment will continue to increase as recent Government changes to student allowance criteria are implemented.

SJS is an OUSA-provided service. OUSA President Logan Edgar described the scheme’s latest figures as “positive, because students are getting paid more.” “Worker weeks” (Critic doesn’t know what that means) have increased by 22%, and earnings per placement have increased by an average of 46%, from $1,195 to $1,744 per placement.

However, Edgar acknowledged that there was still work to be done. “Basically there’s 8,000 students actively trying to find jobs on SJS, and pretty much one in four gets a job.” OUSA’s press release was designed to gloat about the statistics but also to encourage “employers in town to list more jobs”, and to help employers “realise that students are real keen to get into work while they’re studying.” Edgar says employers should jump at the chance to employ “future doctors and lawyers for cheap as while they’re still studying.”

OUSA has indicated that it intends to make SJS bigger and better through the improvement of the onsite SJS office. Edgar even suggested that an old arcade machine might be turned into a SJS kiosk, to make the job hunt “a bit more fun”.

Regardless of whether you consider it “fun” or a chore, recent figures suggest that the job-hunting game will continue to be played by more and more financially struggling scarfies.