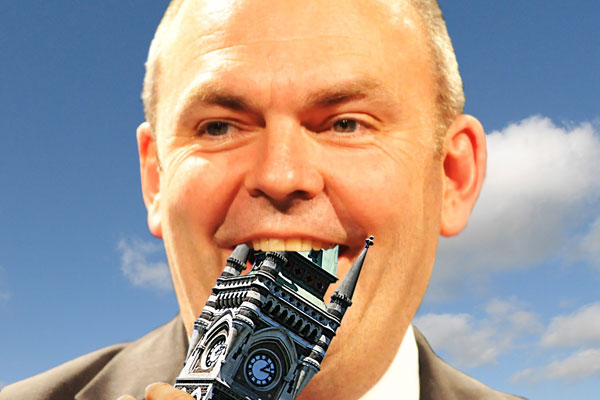 Councils to be replaced with cronies, re-Joyce!

Tertiary Education Minister Steven Joyce has revealed reforms planned for the country’s eight university councils, saying they are large and unwieldly. The changes would likely see the size of university councils shrink and council personnel replaced by government-appointed members.

Joyce said work had already begun on the review and that changes may be necessary, saying, “I want universities to take a more entreprenurial approach. We need them to step up and take advantage of some of these opportunities.”

Tertiary Education Union National President Sandra Grey has criticised this reasoning, saying it is a myth that good business leaders make good leaders of public institutions such as universities: “And it is even more of a myth that just because someone is a business leader they are good at governing – we need look no further than the global financial crisis to see what a good job publicly-governed democratic and representative university councils have been doing compared to so-called entrepreneurial and streamlined business directors.”

Grey also argued that government-appointed members on councils would lead to the politicising of councils: “Universities have a legal duty to challenge received wisdom and be the critic and conscience of society – including challenging government. How can they do that when the majority of their council owe their seats to the minister who appointed them?”

Joyce claims that the government reform of polytechnic councils in 2009 “turned around financial and academic performance in that sector.” Those changes reduced councils to eight members, four of whom are directly appointed by the Minister with the remaining members chosen by the first four. The Minister appoints the Chairperson and gives her or him the casting vote. Council members may also sit on multiple councils. Staff representatives, student representatives, union representatives and iwi representatives all lost their seats on the new councils.

Otago Polytechnic Students’ Association spokesman Mark Baxter said the changes made to polytechnic councils had left the student association “out of the loop” of the decision-making process. He said the changes, through no fault of the Polytechnic, had resulted in less diversity on its council and were about shifting institutions to a business model.

Otago University Students’ Association president Logan Edgar called on Mr Joyce to ensure that mandatory student representation is not removed. “If Steve’s issues are costs and improving academic performance, then which group of people is more focused on this than students?” Edgar asked. “Students want to keep costs down to keep fees down. Students want the best education. We have the greatest interest in ensuring excellent teaching and excellent research to inform teaching.” Edgar was one of two students elected to Otago’s Unviersity Council last month. Critic questioned whether the full-time president was in fact a “student” but Edgar assured Critic readers that his 100-level marketing paper qualifies him as such.
This article first appeared in Issue 12, 2012.
Posted 7:58pm Sunday 20th May 2012 by Imogen Whyte.