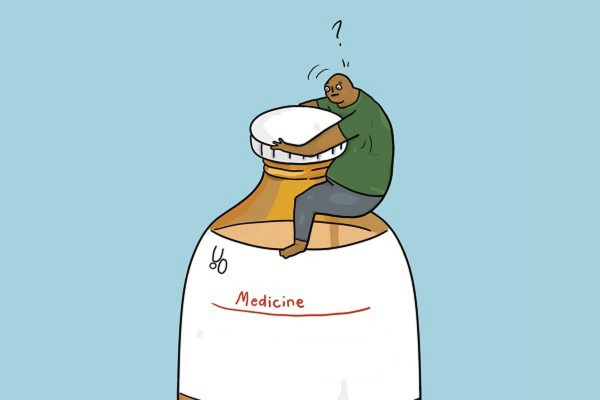 Prepping them for a lifetime of fear and uncertainty starts early

Concerns have been raised by some medical students over the “unnecessary uncertainty” caused by this year's drawn-out Medical School ballot process. Attempts to address an unusually large third-year cohort heading off in 2023 for placement resulted in a lengthy consultation over potential changes to the process, as well as significant delays in the announcement of ballot results.

Historically, med students entering their fourth year of study have been able to choose a preference between Dunedin, Wellington, and Christchurch Hospitals for placements. Each location has a certain number of spots available, and any mismatch between preference and capacity results in a ballot and appeal process to even out numbers between cities.

Largely due to the exorbitant expense of living in the capital, Christchurch and Dunedin have become increasingly popular in recent years. According to an email sent to students by the Medical School, Wellington was about 40% undersubscribed this year – meaning roughly a quarter of the class would have been part of the appeal process. The email explained that “a major concern” was that “despite having a clear appeal evaluation process, and good intent, to make equitable decisions across a large number of diverse appeals is incredibly challenging and runs the risk of making inequitable/unfair decisions.”

In what was described by the Medical School as a “genuine consultation”, and by one student as a “random Zoom presentation,” on March 23 the option of a whole-class ballot was proposed to address the equity and admin issues being experienced. The change would have meant that no student would have had a choice in where they lived for the next three years, with the only exceptions being for home-owners or parents.

The option was dropped two months later after the Medical School received significant student opposition, both in the form of emails from individual students and a statement produced on their behalf by the Otago University Medical Students’ Association (OUMSA). “There was a unanimous disapproval of the med school’s consideration of the whole class ballot,” said Ben*, a third-year med student.

According to Tony Zaharic, Associate Dean for Te Aurorotanga/Early Learning in Medicine, there was “a significant amount of effort put into trying to address what we anticipated would be an issue… significantly more students selecting Dunedin or Christchurch campuses, rather than Wellington.” He said that the whole-class ballot was floated “because we anticipated there would be so many students potentially impacted by the situation… In response to student feedback, we did not take that further. We apologise if this caused any distress for students.”

To add to the uncertainty, the balloting process ended up being delayed by over a month. Zaharic told Critic Te Arohi that this was due to a longer consultation process, as well as “an attempt by the Uni to try and increase the number of training places at Christchurch and Dunedin”, which required further discussion with staff and Te Whatu Ora (who run the hospitals). As a result of this, the Uni managed to snag an extra 18 spaces for med students in Christchurch, and 16 in Dunedin.

While many of the students spoken to remained sympathetic to the difficult position of the Medical School, there was a general feeling of being kept out of the loop: “We weren’t aware at which stage of the planning process we were in, when we would ideally know where we would be sent, and reasons as to why they made the decisions they did,” said Ben*.

Luke* added that “it felt like we were being kept in the dark a bit, about a decision that really shapes our future…they did have reasons for it, but that wasn’t always communicated to us I don’t think.” Luke* estimated he received four to five emails thanking him for his patience, much to his chagrin.

Zaharic said that throughout the whole process, the Med School’s “intention was to explore as many ways as we could to make the process as fair as possible for all.” Looking forward, he said that “There are currently no plans for any substantial change… [but we aim] to make the process fairer and more transparent… including updating the appeals process and including representatives from our equity groups [in this].”