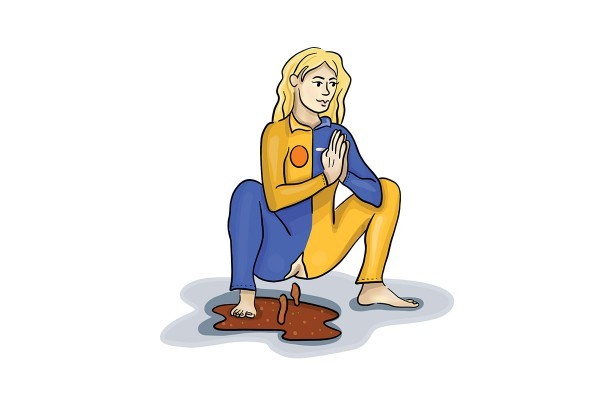 Castle Street residents have been confronted with the emergence of human shits on their cars and driveways. Little is known about the identity of the culprit(s), or their motive.

The first incident occurred on Saturday 10 April, on what had been a seemingly normal night of debauchery on Castle. Coffins were sunk, music was blared, road cones reappropriated, and party-goers embraced in the loving arms of their drunken peers. The next morning, Elaine from Hooters (the flat) awoke to find two human shits neatly nestled on the windshield of her car, garnished with a single green leaf.

Racking her brains to get to the bottom of this dysentery mystery, she thought back to the previous night, when she had seen two boys standing on her car. She told Critic Te Arohi that: “I thought they were just pissing off my car, so I didn’t really think anything of it,” demonstrating the monk-like tolerance Castle residents must maintain to continue a somewhat peaceful existence. “It was super random, I just found it funny,” she said. While she couldn’t figure out “why anyone would do it,” she simply suspected they were some ballsy freshers doing a challenge or having a laugh. “It’s just part of the weird and wonderful place that we live in. I don’t think this kind of thing would happen anywhere else.”

On Wednesday 27 April, Olivia from 8 Man was on her way to the library when an amazing sight by her letterbox stopped her in her tracks. The shitter(s) had struck again, leaving a neatly coiled shit smack bang in the middle of her driveway. The immaculate case study in healthy bowel movements left her “so confused,” and her flatmates were equally bewildered. The shit lay in that driveway for several days, reminding Olivia and her flatmates every day that the excretory culprits were still at large.

Castle Street: a place where the excretion of bodily fluids in public areas is no more than a laughing matter, and the event of finding an anonymous shit shines as a beacon of a bloody good night. As Dunedin’s most notorious street continues to live up to its name, the score stands: Mysterious Shitters: 2; Castle St Residents: 0.