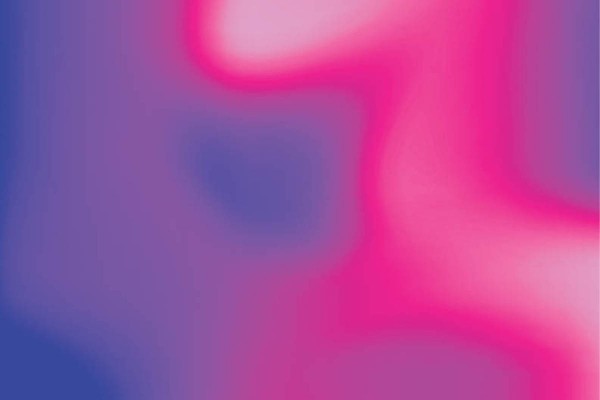 “If you’re not living life in a way that pisses off an old white man, what are you doing?”

Vixen Temple should terrify you. She is an unstoppable force. She’s a performance artist, an activist, a writer, a podcaster, a sex worker, and a self-proclaimed Satanic sex witch. She’s single-handedly founded an online community for sex workers and allies — one of many which is being targeted by international anti sex worker laws. Vixen sat down with Critic and discussed her experience of online censorship with us.

There is a mass extinction of sex workers from online spaces. As with the dodo, unwelcome men have had a taste and decided to ruin it for everybody. Online sex censorship theoretically shouldn’t be a problem in Aotearoa — the 2003 Prostitute Reform Act, pushed by the Aotearoa New Zealand Sex Workers' Collective, turned us into the only country in the world with a law which aims to uphold the human rights of sex workers and to decriminalise prostitution.

Unfortunately, that’s where America stepped in.

The Republicans passed a pair of online laws in 2018 known as FOSTA/SESTA, the Allow States and Victims to Fight Online Sex Trafficking Act and Stop Enabling Sex Traffickers Act. Which all sounds reasonable enough — sex trafficking shouldn’t be enabled, ever. Unfortunately, Vixen says, the laws were “essentially an anti sex work bill disguised as an anti sex trafficking bill”.

“Whether it’s nudes, phone chat, or agreeing to meet for sex, if there’s the exchange of money for a sexual service, it’s considered sex trafficking regardless of whether or not it’s between consenting legal adults,” Vixen says. “The problem is that people think sex trafficking and sex work are the same thing. They’re not. Sex workers are actually some of the people on the front line trying to stop sex trafficking.”

“FOSTA and SESTA have done the opposite of what they allegedly intended to do,” Vixen says. “It’s removed sites created by sex workers to blacklist dangerous, time wasting or abusive clients. It’s censoring and de-platforming sex workers who are providing resources such as safety tips for sex workers, especially those who are new into the industry.”

“We can’t promote our services, so it’s forcing us towards clients who we usually have the privilege to turn down. Now we’re desperate to go to those clients because we’re not able to sell our services online. We’re risking being de-platformed, being censored, having our livelihoods completely taken from us in a second and it’s actually pushing us into more dangerous situations, increasing the likelihood of being sex trafficked.”

Vixen’s Instagram has been deleted three times now, despite her page censoring inappropriate words and being set to 18+. The page wasn’t flagged for nudity or inappropriate content. Instead, it was flagged when Vixen posted a photo that said “SEX WORK IS NOT CONSENT”, spurred by an assault while she was working as a stripper in Dunedin. The caption told clients not to attend strip clubs or brothels if they cannot control themselves. Instagram decided that the post constituted “hate speech” and “violence”, removing two years of work and tens of thousands of followers in an instant.

The second time, Vixen shared a petition for decriminalising migrant sex work in New Zealand. Although we’re known for progressive sex work laws, it’s still illegal for non-residents to work in the sex industry. Vixen’s page, and other sex workers’ pages who’d shared the same petition, were deleted by Instagram again. She believes they are being targeted by Instagram not only for being a sex worker, but for openly critiquing the patriarchy, and specifically the way straight cis men treat sex workers.

Vixen compares being removed from Instagram to having your job relocated every week, except all of your stuff gets burned and you have to start over again. Her goal is to educate and promote an alternative lifestyle — one that Instagram does not approve of. “It’s very isolating, it’s very stressful, and in a way it’s a bit empowering. It shows that they’re afraid of me, that clearly I'm saying something that’s pissing the right person off. It’s proving my point that what I’m talking about is important. Instagram has made it very clear it doesn’t want me on its platform because I’m a sex worker. And I’m a thin white cis sex worker, so imagine how difficult it is for others that don’t look like me.”

The impact of these laws is obvious for online sex workers. Vixen’s income has decreased every year since FOSTA/SESTA has kicked in. She can no longer make $1000 a week on nudes and Snapchats as she did in early 2018. She began stripping in clubs instead, and now does full service sex work. While Vixen is happy to do this, she emphasises that there are people out there who are not comfortable with full service, yet have turned to it due to these laws. “It’s not that we should feel sorry for [these workers] and criminalise the industry, it’s that we should give the worker their right to work on the internet, which was the boundary of sex work they were comfortable with doing. Give us the right to govern our own boundaries of what we’re comfortable with doing. Don’t force us into these situations and then claim that you want to save us. We need FOSTA/SESTA to go away.”

Vixen believes that we are going backwards in society by creating fear around sexuality. How are we supposed to evolve as a society if we’re so afraid of the thing that creates life? Sex work has given Vixen independence, and taught her to establish boundaries that she couldn’t beforehand. It again boils down to patriarchal ideology, she says. “Not all sex workers are women, but the sex work industry allows women the chance to break the wage gap and gain a shit ton of money. You don’t need a degree or qualifications, and it pisses off the patriarchy because we’re celebrating things beyond the nuclear family marriage.”

“SWERFS [Sex Worker Exclusionary Radical Feminists] view us as victims of the male gaze instead of exploiting it. They think that they’re trying to help by making something illegal, but as we saw with abortion and [its] prohibition, it doesn’t stop it. It just forces people into dangerous situations to obtain these things. If we decriminalise it, we can manage it and control it. When it’s criminalised, we can’t. These laws have done nothing for victims of sex trafficking.”

Sex workers need to be the ones with the power, Vixen says. When you make sex work illegal, the power is transferred to the customer instead. “When a sex worker is murdered or raped or assaulted, the job is always blamed, which is frustrating because the job itself isn’t inherently dangerous. It’s how people and society treat us that makes sex work so dangerous.”

“It's especially harmful for trans women and women of colour. They are the ones, especially in America, who get targeted specifically by the police. If a trans woman is walking down the street with condoms in her bag, the police may arrest her for being a prostitute. It's endangering people living beneath the poverty line.”

It’s ironic that Vixen’s Instagram was deleted for promoting consent, considering the number of death threats and dick pics she receives from men. The men who send these have never faced repercussions. Vixen describes it as the modern era of witch hunts. “Essentially, if you’re not a straight cis rich white man, your body is considered offensive content. Instagram is targeting fat bodies, disabled bodies, femme bodies, trans bodies, any body that doesn’t fit the standard rich patriarchal ideology of what people should look like. Celebrities and influencers have privilege; they are able to post nudes and sexual photos. It’s sex workers and sex educators that are specifically being targeted.”

How can civilians help? Vixen makes her point loud and clear: “We need our allies to use their voices and platforms as civilians to spread awareness, because they don’t face the same level of intense scrutiny online that we do. We need people to use their privilege and the fact they’re not facing the complete censorship and restriction that we are to make noise and raise awareness and to not only get annoyed when it starts to affect you. Civilians in general just need to listen to sex workers more. If you’re having conversations about sex workers, don’t make assumptions. Talk to multiple sex workers, because you realise every sex worker has their own experience. You, as a civilian, have no right to tell a sex worker what they should do. You, as a civilian, have no right to interject your opinion on sex work when it comes to discourse surrounding us. You as a civilian have no right to cosplay as us — this is aimed at the pole community specifically. You need to do research into the industry that you are profiting off and appropriating for your own personal gain. We just need you to listen to us. We need you to respect us as human beings. We need you to respect sex work as work. You need to respect that under capitalism, all work is exploitative, and you're no better than us just because your job doesn’t involve sexuality. We’re all the same, we’re all struggling in this capitalist patriarchal society, and we all just need to listen to sex workers and to stop speaking for them. Instead, pass sex workers the mic to speak for ourselves.”

Vixen will persist for now. Her community is important to her, although she is considering steering away from Instagram entirely. She urges people to take action now, before sex work has been wiped from the internet entirely. “How boring is the internet going to be without sex workers? Sex workers are liberators. We’re not the problem, we’re actually part of the solution. Don’t say we didn’t warn you.”

To read Vixen’s blog, and to listen to a full history of censorship on her podcast, visit Vixen’s website at https://vixentemple666.wixsite.com/website.