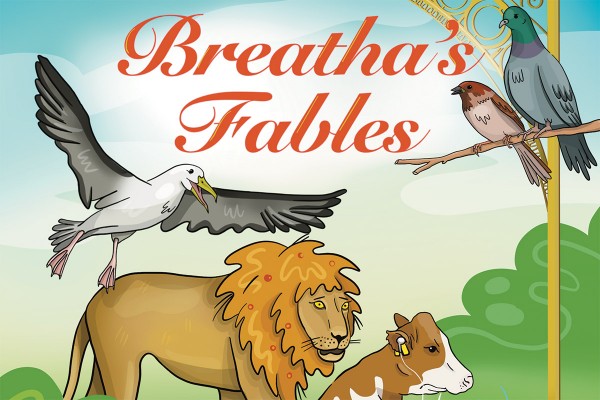 Breatha was a storyteller thousands of years ago. Not much is known about their life, aside from the fact that they were the first homo sapien to burn a piece of lounge furniture while intoxicated. All we have left today are their stories, which historians believe were usually told around a burning lectus. The morals of Breatha’s stories transcend the years to speak directly to the lives of the modern Otago student. It is with pleasure that Critic Te Arohi publishes this recently-discovered trove of Breatha’s Fables.

This Ox worked in a field in the most beautiful place on earth.

In summer, the Ox worked hard and sweated because it was so hot and the days were so long. The sky was a perfect blue and the nights were refreshingly cool, but she was too exhausted to notice.

In autumn, the Ox worked hard and ploughed her way through the fallen crops and leaves. She did not look up at the beautiful sunsets or notice the changes in the plants around her. She became unhappy.

In winter, the Ox worked hard against the bitter winds, ploughing in ice and snow. She did not join her friends in the warmer parts of the forest, but slept near the field so she could rise early to work.

In spring, the Ox worked hard in the rain. She did not see the flowers. Her friends, who were all socialising and frolicking in the forest, did not invite her because they saw her out in the fields working and thought she would refuse their invite.

Soon it was time for her to move to a different, uglier field where she would have to work even harder. When she looked back on her time in the beautiful field, it seemed no different. All she could remember was the work.

The moral: Go to that party even though you’ve got an assignment to write.

The Dog and the Hen

A Dog and a Hen lived together in a warm house with their friends. Each night, they cooked food for each other. The Hen loved to eat, and she would gulp down whatever food was put in front of her, usually going back to get a second helping.

The Dog didn’t mind that the Hen liked to eat so much. He put a lot of effort into his cooking, spending the afternoons gathering ingredients and preparing the food. The food the Dog made was delicious, and everyone who tasted it told him so.

When it came time for the Hen to cook, she complained. “It takes so long to gather the ingredients and prepare the food,” she would say. She left the cooking until late at night, when everyone was hungry, and then she would struggle to read the recipe in the dark. Often the food was not properly cooked or burned because of the way she rushed.

The Dog only picked at food the Hen made. No one went back for seconds on those nights, and the dining room was quiet.

As time went on, the Dog saw that no one else was putting the same amount of effort into the meals. “I like to cook,” he thought, “but I get nothing in return for my delicious food. What’s the point?” So the Dog stopped making his delicious meals. A few weeks passed, and the dining room stayed quiet, and there was only the smell of burnt food. Eventually, the Dog could not stand it.

The Hen rushed into the kitchen and the Dog pushed her into the oven. The Dog and his friends dined on a lovely meal of roast chicken.

The moral: Put some effort into your flat cooking for fuck’s sake.

The Butterfly and the Caterpillar

Once the Butterfly lived in a lovely home he’d built for himself, called a chrysalis. It was cosy and kept him warm, but he knew it was too small to live his whole life in. When it was time for him to leave his home, the Butterfly burst through the walls to emerge with beautiful wings. The Butterfly could now fly around, and he brought home many bugs each day.

One day, the Butterfly saw the Caterpillar struggling to make a home. There weren’t enough resources left for the Caterpillar to build his own chrysalis. The Butterfly saw that he could help, as his old chrysalis lay open and empty, so he said: “Why don’t you live in my old home? If you can give me half your bugs each week, you can stay there until you’re able to build your own chrysalis.”

The Caterpillar quickly agreed. He needed somewhere to live for the winter. But he soon realised that the home was not what the Butterfly had promised. There were holes in the walls that let in the cold and the sun did not touch the chrysalis.

That winter, the Caterpillar shivered and got sick. Every day, he went to work and did his best, but the illness had made him tired. After giving half his bugs to the Butterfly he struggled to feed himself.

“Hey Butterfly!” the Caterpillar said one day. “This home is not what you promised. I’ll never become a butterfly like you if I keep living in these substandard conditions and paying you half of my bugs every day.”

The Butterfly paused a moment. “Have you forgotten that you only live here because of my generous offer? I have given you the chrysalis I have and I will not make it better. Besides, I have the power to remove you from the chrysalis if you complain again.”

“Caterpillars are so ungrateful!” the Butterfly exclaimed as he flew away. He did not fix the walls of the chrysalis.

The Housecat and the Wolf

The Housecat woke up from her nap suddenly. “Oh no,” she thought. “I have made such a fool of myself!” She had been out with her friend the Wolf last night after eating some catnip.

“I am embarrassed! I am ashamed!” she thought. She could not put her paw on exactly what it was that she’d done to be so embarrassed about, but she had a sinking feeling in her stomach.

Later that day, on her way to find a mouse to eat, she saw the Wolf. The Housecat didn’t know what to say. She was so embarrassed that she kept quiet and did not meet her friend’s eye.

“I hope I didn’t embarrass myself last night,” the Wolf said. “I’d had a bit too much wolfnip, you know. It was nice to see you.”

“Not at all,” said the Housecat. “I had a wonderful time.” She continued on her way to catch a mouse, feeling much better about things.

The moral: You (probably) weren’t as embarrassing last night as you think you were.

The Sparrow and the Pigeon

The Sparrow loved to talk and the Pigeon loved the quiet. They were both deciding who to live with.

“Well,” said the Sparrow, “I suppose I should flat with the other sparrows, though they are quieter than I am.”

“Well,” thought the Pigeon, “I suppose I should flat with the other pigeons, although they love to chatter and sing loudly.”

The Sparrow went to live in his nest of quiet sparrows. He became irritated and restless. The other sparrows did not want to talk to him at all hours of the day, and he struggled to sit in silence and preen himself quietly, as they did.

The Pigeon went to live in her nest of noisy pigeons. She tried to cover her ears with her wing, but to no avail. The nest was raucous and busy and she hated it. She just wanted to sit there quietly and preen herself, but the other pigeons were always chattering at her.

Both the Sparrow and the Pigeon were unhappy, even though they were surrounded by friends.

The Lion was proud of his looks, but he had a problem. His mane was itchy.

The itch started when he met a certain lady lion, and it had become worse recently. Each day he woke up and it seemed to itch a little more, until it was all he could think about. He could not stop scratching it. Even when he was around others, he would scratch and scratch, but it did nothing to relieve the itch.

He gazed at his reflection in a pool, trying to look at his mane, but it did not help. He still did not know what was wrong with him and he felt embarrassed about it, sure that his friends had notice. He confided in the other lions one day.

“Why don’t you go and find out what’s wrong?” his friends asked. “Why are you just letting it get worse?”

He continued to do nothing, and the itch morphed into a burning pain, and eventually the Lion’s head spontaneously combusted.

The moral: Get a fucking STI check.