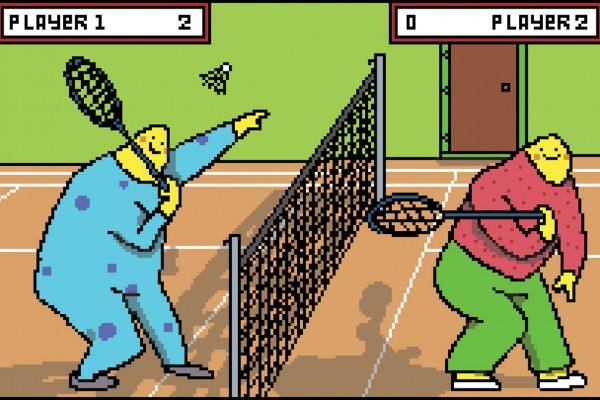 How to Pretend you know E-Sports

A beginners guide to pressing Start

As American Baseball All-Star Sean Doolittle said, “sports are like the reward of a functioning society”. We recognise the trials of athletes as an achievement for life being normal. Unfortunately, life is not normal right now. Now that traditional sports are no longer as massive as they once were, the world must turn to the most controversial sports of all time; ‘e-sports’ (pronounced “eee - sport”). Often recognised as competitive gaming, e-sports can include virtual sport, such as virtual cycling, or online versions of known sport, such as poker. The International Olympic Committee is even thinking about adding a few ‘e-sports’ to the actual Olympics. Here is a quick guide to recognising some of the most acclaimed e-sports, so you can pretend like you know your shit.

LoL, League, or “I lost my virginity in postgrad” is the world’s most popular e-sport. In a MOBA, pronounced ‘moe-bar’, or a Multiplayer Online Battle Arena, you pick a ‘legend’ and teams of five run it straight at each other until you get to their base. Kind of like bullrush except there's approximately a billion things to keep an eye on. Small infantrymen, dragons, spells, knives, attacks of all types of speed and colour, League is too much, man. In September last year, Riot Games (creators of LoL) stated they had 8 million users every single day. There’s no doubt in my mind that number is now much higher with international lockdowns. Ka pai to this billion dollar powerhouse, and a bigger ka pai if you’re actually good at this shit.

Gamer Lingo: “Bro you play League? What legend do you main?”; “Yeah bro, I play as Gandalf the Grey.”

If anyone asks you any further League questions, simply run away from them. They’ll safely assume you are on your way to play more League of Legends.

Every flat has a Fortniter, so you are undoubtedly aware of the biggest craze since Minesweeper. Nothing about this game makes sense. What the fuck is a ‘Skull Trooper’ and why can’t my flatmates pay rent because they need ‘V-Bucks’? Each game, 100 players land on an island, and you hide in bushes, moving from bush to bush as the available portion of the map tightens, until you win -  or get obliterated by some grubby 8-year-old who is funding his online antics on his mum’s credit card. Beyond the game's amazing ability to host celebrities, athletes and pro-gamers at e-sporting tournaments quite regularly, the game boasts some of the strangest shit I’ve seen on my TV. I interviewed BigDickSpeightsInhaler*, who attended a virtual concert experience hosted by multi-platinum rapper, Travis Scott. “I just happened to log onto Fortnite and see that there was a concert for [Oceania] starting in 10 minutes … [during the concert] Travis Scott was sitting on a planet performing one of his songs, it was an awesome surreal moment.”

Gamer Lingo: “Are we dropping at Tilted Towers?”; “I am so good at Fortnite, I’ve even won a game”; “I’ve read Ninja’s ‘Get Good at Gaming’ book and now I’m a pro e-athlete.”

E-Sport Rulebook Tip: Learn all the Fortnite dance emotes and practice them at Catacombs.

Although disgusting flat initiations have been outright banned, the Uni still initiates students into experiencing the disgusting website that is Blackboard - always lagging, cucking my soiboi lecturers from my girthy assignments. This e-sport will destroy you mentally with its poor layout, small buttons and refusal to work when you need it to. Plus, some of the Uni’s favourite departments get better versions of this e-sport right out the gate, giving this experience a pay-to-win factor, forcing some gamers to shell out way more in student loans to upgrade to a better alternative. Kind of like the Malfoy family spending heaps to improve Slytherin’s quidditch team’s gear. Yikes.

E-Sport Rulebook Tip: Blackboard isn’t actually an e-sport, or the Uni would have made money off it by now. #SaveTheHumanities

This game decides the flat rankings - who is a big dog (woof!) and who is a pussy ass bitch. The Olympics could bring about world peace by introducing 8 Ball Pool to the international arena. You can play multiple matches at once with the boys, watch their strats, beat them uninterrupted, and if anyone pulls out a ruler to line-up a shot (and every flat will have one of these players), just put them on a raft made out of goon bags and send them out to sea. Tomahawk Beach has pretty weak waves, it’s the best spot in Dunedin for an ol’ fashioned Ruler-User-Send-Off.

Gamer Lingo: “Who is daring for some billiards?”; “Loser does the dishes.”; “Haha that shot was too straight, you used a ruler.”

E-Sport Rulebook Tip: If you can beat your whole flat without missing a shot, you get an honorary degree in Math and Physics.

Too many good ones to count, and each one is purely responsible for all of the violence in the past dozen years. Your player holds a weapon, you point it at the bad guys and shoot. Not much more to chew the fat about. The real fun in these games is talking to your mates while you play. It's never about the victories, it's about the friends we made along the way.

Gamer Lingo: “I totally quick-scoped that guy.”; “Got em!”; “LMFAO I FUCKED YOUR MUM BAHAHAH.”

E-Sport Rulebook Tip: Halo is cooler than Call of Duty, aliens are the real enemy.

Fuck this fucking game. Not only does Blizzard (the wanker company that runs this turd-shitting simulator) refuse to recognise the freedom of Hong Kong, having denied a Pro-Hong Kong tournament winner his winnings and status, they also refuse to give me a single good game. Let’s pretend I play a card, Hungry Scarfie, that throws a bath salt at an enemy, and I have a 99/100 chance for it to hit literally any target that will win me the game, it will always land on the 1/100 that makes me lose. Just like every other luck based e-sport, if you’re good at this game, just go to the fucking casino and win big there.

Gamer Lingo: Players actually call this game B.M., as in ‘Bad Manners’, as the game never treats its players with respect. Med Students will recognise B.M. as ‘Bowel Movements’, solidifying B.M. as the official nickname for this digital card game.

E-Sport Rulebook Tip: If you’re dumb enough to start playing, copy a deck from the pro on the web, they are way better than any deck the designers think is good.

The ultimate pre-drinks/kick-ons game. Everyone picks a fighter from their favourite game, Mario, Sonic, Pikachu, Charizard, the guys from Streetfighter, even bloody Pacman.
Then: Fight!

If you get called out for repeating a move

Remember playing your Nintendo Wii and making all those funny Miis? This game lets you do that again, except they have guns and swords and they beat each other up.

Gamer Lingo: Smash Bros Ultimate is the best fighter game ever, go find a switch and then host a fight night, or join or visit the Otago Fighting Game Club to have a go at other fighting games.

E-Sport Rulebook Tip: Don’t spam your special moves - they get weaker when you spam them. Also, bind your left analog to be your ‘A’ button, so you can punch with your thumb movement, powerful shit.

This is the only digital entity that will help us have an Olympics in the first place. It uses no data, takes two moments and you can even type in your location information manually to keep track of your visits. No-one's tracking you, Karen, the government just wants you to keep a diary in case a cheeky cluster comes up and you were in the vicinity of a cluster chuck. This e-sport is the most important e-sport, supposing you care about getting all of the other sports back.