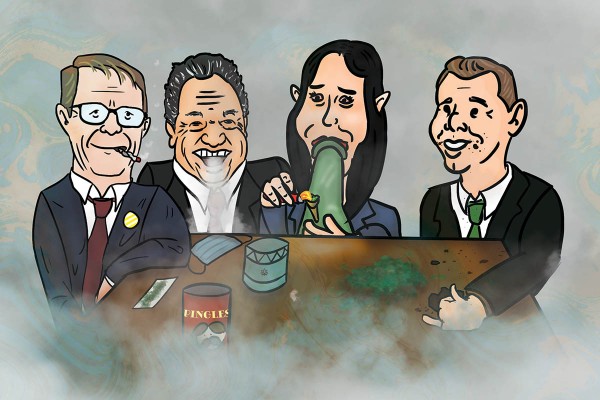 The Cannabis Referendum: Why Young People Are Pro Legalisation

The cannabis referendum - which is taking place next month, simultaneously with the general election - is about more than just whether or not you want to blaze up with your mates.

On 19 September, every voter will choose ‘yes’ or ‘no’ to the Cannabis Legalisation and Control Bill. The Bill details all of the rules and regulations that would be put in place if the vote succeeds, with at least 50% in favour of legalisation. The main points are:

NOTE: The Bill still has to go through Parliament after the referendum. A ‘yes’ vote doesn’t automatically legalise cannabis, and the whole legalisation process will take at least six to ten months.

Critic polled 100 students on campus and spoke to Dr Geoff Noller, an Assistant Research Fellow at Otago Uni and an expert in drug policy, about what the two options on the referendum could mean. 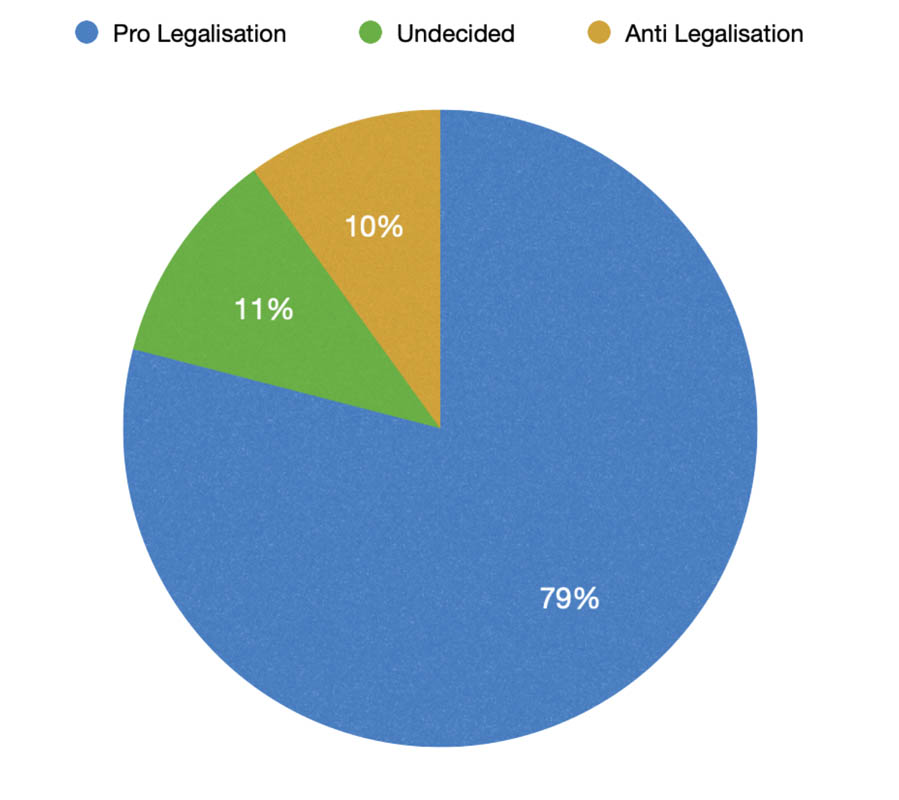 The student populus (as many expected) is very pro-legalisation of cannabis in New Zealand. Out of 100 students on campus, 79 of them plan to vote yes in the upcoming referendum. The main reasons why these ‘yes’ voters will vote yes is so that those who will benefit from cannabis medicinally will have access to it; so that cannabis can be regulated and therefore be safer; and also so that young people don’t have their futures jeopardized for being caught using cannabis.

“If cannabis becomes legal then it will remove a lot of the stigmas that surround the use of marijuana, especially for those who use the drug medicinally,” said one student. “I don't think young people will increase usage by making it legal, because it is already underground so I think it will decrease in the youth population. The same amount of drugs but better educated.”

Another student said that his vote was “for legalisation rather than decriminalization because instead of leaving it in the hands of the black market, the government is able to regulate the quality of weed as well as, and more importantly, who it is distributed to.”

Many students believe that cannabis shouldn’t be criminalised. These students also believe that weed is already being used by a majority of people, and that we might as well legalise it in order to protect people and stop the growing stigma around the drug that so many people use. One student believes a leading cause of stigma around cannabis is the association of weed and people being ‘lazy’, yet pointed out the irony of those same people “neglect[ing] to look at alcohol in the same way.”

Dr Geoff Noller said that 80% of New Zealanders have tried cannabis, but certain groups, like young men and Māori men are more likely to be prosecuted or affected by cannabis use.

“If you have a cannabis conviction you can't travel to certain places and if you're over the age of 16 you can be kicked out of school,” Dr Noller said. “And about 95% of people don't stop smoking cannabis after being caught up in the law due to cannabis use. This means that the current system isn't working as a deterrent or as a punishment.”

Although only 10 percent of the people polled were against legalisation, it is still an important issue for many students on campus. Students who were planning to vote no were worried that legalisation would normalise, and therefore encourage, the use of cannabis.

“I only drink alcohol because it’s a societal norm, whereas I wouldn’t try weed because it’s illegal and has not been normalised yet,” said one student.

“My biggest thing I'm worried about is the normalisation of the drug like alcohol,” said another student with similar concerns. “Alcohol has been so normalised we have advertisements everywhere and it is no longer seen as a drug, and I worry that doing the same with weed means that it will become normalised as well.”

“The government is more worried about harm reduction rather than cannabis use increase,” Dr Noller said. “It's more important that the harms are reduced.” With the legalisation of cannabis, people will be able to “have open conversations with their parents, bosses or colleagues”. It will also allow the likes of the police to use the “10% of the budget” they spend on cannabis on something else.

Other students were concerned that the legalisation of the drug will mean that more people will be “inclined to try it without knowing the full implications of the drug”.

Dr Noller acknowledged that there are significant impacts from cannabis use. “Mental health impacts associated with the use of cannabis can be seen early in life and are more likely to cause problems in the future,” he said. He noted that these impacts are also linked to factors like genetic makeup, meaning that 25% of the population is at a higher risk for these mental health impacts while others might go unaffected.

11% of students polled were undecided about their referendum vote. “I am unsure because I don’t know enough about it, I wish it was only medicinal and not recreational so it makes it hard for me to know how to vote,” said one student.

“It’s a tough decision to make, we can get it off the black market but at what cost to the medical system or to the safety of people in New Zealand?” said one student. “Easier access doesn’t necessarily mean less consequences.”

Dr Noller reckons that the age of use in the Bill (20 years) is about right. “People commonly say that our brain keeps developing until we are 25, but one of the points that came out of the studies was that the kinds of brain development that is affected by cannabis has stopped developing by the age of 18.”

That being said, it’s still important to have strict regulations around the age of use. Because many people are able to access alcohol before they turn 18, with weed it’s possible that “maybe a 17 year old could get it because they might look old enough”.

“We should use the likes of the United States, Canada and Uruguay as examples of what to do and what not to do when trying to figure out the best way in order to stop people from buying it illegally,” Dr Noller said. In a study by Montana State University, the likelihood of teen use declined nearly 10% due to the legalisation of cannabis.

In Canada, the effects of legalising cannabis hasn’t seen a major decrease in black market selling, especially in the likes of Ontario where retail stores are limited and prices are high. This could be a problem in New Zealand if we tax too much (the tax section of the Bill is currently empty) and make it more expensive to purchase cannabis legally than it is to buy it illegally. In contrast, Colorado has seen violent crime decrease and state revenue increase. This could be a very positive outcome in New Zealand with the money to help boost the economy or help with drug awareness programs.

Dr Geoff Noller recommends looking at these sites, which may help you decide your stance on the upcoming referendum.

To vote in the referendum you must be enrolled, so check your enrollment status on the vote.nz website. Voting in both the cannabis and euthenasia referendums is optional, but the only reason not to vote is because you don’t know enough about it. It’s your responsibility to be educated, so read up.

Voting takes place on 19 September, but advance voting begins 5 September at special locations - including the Link and St Dave’s at Otago Uni, and the Otago Polytech Hub.