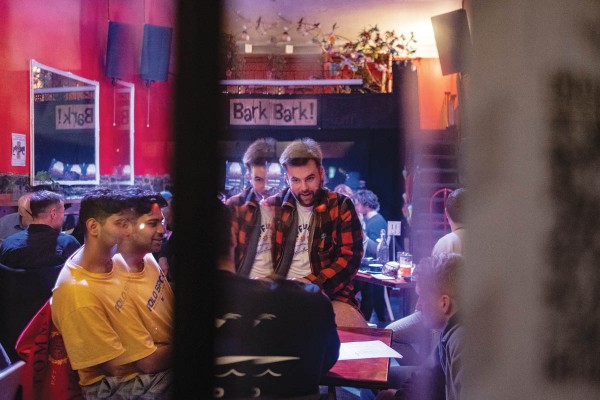 Considering a cheeky quiz night? Here’s what to expect from your local pubs.

Dunedin has enough pub quizzes to have something for everyone. From hardcore quizzes to pissups with a side of trivia, there’s plenty to be found. The scores I’ve given are just a personal rating, so I’ve included some other metrics for a more specific idea of what these nights look like. I’ve collected data on the cheapest pints and chips, how likely you are to win a prize, and the quiz itself to help you figure out what pub quiz is right for you. This is far from an exhaustive list of pub quizzes, and often the best quiz nights are the hardest to find. If you know a great quiz that didn’t make the list, let me know at fox@critic.co.nz. I’m always keen to explore more.

The Bog’s only got three TV screens, so unless you get there hella early, it’s not suitable for those who need glasses or hearing aids. 30 minutes before the quiz started, every seat was taken except a booth in the back corner where you can’t see a single TV screen. The Bog’s quiz is incredibly popular and they’re likely to run out of quiz books, meaning you’ll have to join another team if you don’t bring your own paper, and I don’t feel like other teams would’ve been too keen on that. The vibe was very competitive, so don’t go unless you’re not there to fuck spiders. With spenny drinks and tough competition, the Bog’s quiz is redeemed mostly by their immaculate host. Shameless and jubilant, he blitzed through the quiz faster than you could say “Guinness really isn’t that great”. They also have an impressive selection of craft beer.

Score: 5/10 Expensive and difficult, but quick and rowdy. Probably a 10/10 for regulars.

Atmosphere: 8/10. Packed, classic and desperately wants to be Irish.

Win-ability: 2/10. Old codgers run the show, so good luck placing in the top half.

Dog’s quiz is six rounds of six questions, always finishing with a music round. The questions are homegrown by Jamie Green of Radio 1, so props for keeping it original. It’s a very laid back atmosphere, but you still have to get there an hour early to get a good seat. It feels a bit more like a café than a pub, and you mark the quizzes of the team sitting next to you. The original questions were refreshing, but twice was an answer disputed by the audience. Green was merciless and docked multiple teams a point in a dispute about the world’s largest plant, which I find unforgivable. Regulars say it’s gotten more popular in the last few weeks. Dog’s quiz drew a fun crowd: Critic spotted a moonlighting Starter’s quiz host, other OUSA staff, and the most stereotypical Kiwi bloke I have ever seen, sporting a Speight’s tee, Swanndri button-up, Canterbury short shorts, jandals, and a bitchin’ mullet. He was, without a doubt, the most spectacular part of the evening.

Score: 8/10 Laid back, informal and lovely, despite having tough competition and only one bathroom.

Atmosphere: 8/10. Great vibes, competitive without being cut throat, not there to get pissed. Few draught beers but the ones they have are solid.

Ideal for: Graduate students and anyone over the age of 25.

Win-ability: 4/10. You’ve got a good chance of getting a majority of the questions, but you’re still gonna get demo’d by the professors. No points if you can’t name the song and artist in the music round.

We placed: 7/9 though there were more like 20 teams. Many teams tie.

House pint: $9 but you aren’t there to get drunk.

The quiz here feels more like a background activity than the main event, which makes it ideal for an every-now-and-then sort of deal. Show up an hour early, secure yourself a booth, and get on the piss. The crowd here is younger and slightly more bogan. Just how I like it. Sometimes they have sport on the TV in the background if you get bored of the quiz, which is entirely possible. There wasn’t any uproarious shouting, but like the Bog, there’s pokies in the back. Unlike the Bog, not everyone is super invested in the quiz, and the host seemed either nervous or drunk. Also unlike the Bog, it took three hours. They’ve got cheap beer and cocktails, though the quality wouldn’t impress anyone from Mad Men. If you’re free Tuesdays, don’t really care about quizzing, and don’t want to spend too much, the Baaa is a solid option.

Score: 6/10 Cheap, but not engaging and poor tune selection.

Atmosphere: 6/10. -2 points for playing “You Are So Beautiful” by Joe Cocker three fuckin’ times in one night.

Ideal For: Friend groups that are still getting to know each other or anyone who played rugby until year 13 but had to stop due to injury.

Win-ability: 7/10. You’re probably the only one with a degree. With a big team, you’ve got a shot.

We Placed: 7/12, despite being a tiny and inebriated team.

Students: if you’re keen on a quiz, this is it. It’s a perfect way to pre for Pint Night, it’s cheap as, you’ve got a shot at winning, and there’s usually seating available. What’s not to love? You’re playing against your peers, which means that nobody has an age advantage, everyone’s pretty much the same amount of drunk, and you can bring as many people as you can squeeze around the table. Get there at 5:30 for guaranteed seats, and get to work on the beer tower/platter combo. They’ve got plenty of cheap booze, but if you’re someone of taste, there’s a few bottled beers in the fridge to choose from. Before the first round, and between every subsequent round, there’s a mini game. Brush up on your paper dart skills, coin flipping, and artistic talent. It’s yet another Believe It or Not quiz, but that’s the only major loss of points to be seen at Starters. It’s rowdy and young, so if that’s not your vibe, Critic would recommend somewhere else on this list. But it’s our vibe, so Starter’s takes the proverbial cake.

Score: 9/10 The only reason I’d encourage you not to go would be to preserve my chances of winning.

Ideal For: Anyone on their way to Pint Night.

Win-ability: 8/10. Call it Battle Royale because it’s students vs. students. You can also win considerable prizes between every round.

We Placed: 4/14, but I’ve personally won this quiz. Bring your artistic mates.