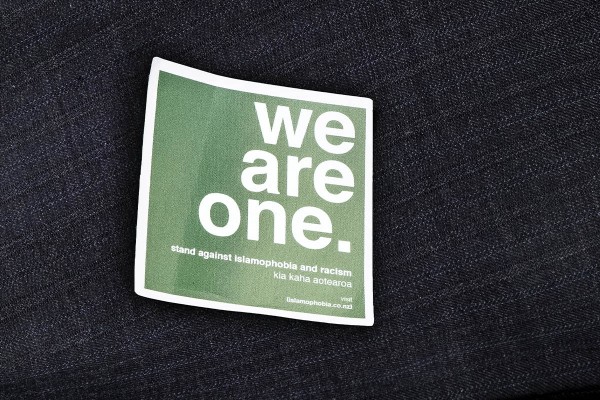 Give Nothing to Racism: A Year On.

An investigation into student life as a person of colour, a year after the Give Nothing to Racism campaign launch on campus

On 15 March 2019, a white supremacist terrorist walked into a mosque during Friday prayer and gunned down 51 innocent people, injuring 49 more. It was the kind of news that sent a whole nation into shock. Most people remember exactly where they were when they heard the news, and will remember for the rest of their lives. There was nation-wide action, with a government recall of automatic weapons. The Give Nothing to Racism (GNTR) campaign, launched by the Human Rights Commission in 2017, had a nation-wide resurgence and reinvigorated push behind it. The campaign found its way to campus. There were posters on billboards, speeches, and people were sharing things on social media.

The University of Otago was the only tertiary institute in New Zelaand to have ever run a specific GNTR campaign, according to a spokesperson from the Human Rights Commission (HRC). The HRC said the University also attended a hui this year to help inform the development of a second phase of the GNTR campaign.

That doesn’t change the fact that many minorities feel that their daily lives have gone unchanged, and that, in Dunedin, these discussions and meetings have amounted to exactly the opposite: Do Nothing About Racism.

For students who are people of colour (POC), being of a non-Caucasian ethnicity is a significant part of their lives in general. Their time at university, and in Dunedin, is no exception.

Andrė* noted how much of a “white space” Dunedin is, and that although you aren’t necessarily “treated unfairly” for being brown, there are microaggressions nevertheless. He said POC are made “conscious of the fact that [they are] not white… I suppose it’s an ‘othering’.”

‘Othering’, in its most simplified form, means to ‘be made to feel different’, or like an outsider, and has negative connotations. Akshana* has been made to feel like an outsider since her first year at university, when someone in her hall told her “I’m a rich white boy from Auckland, so I don’t need to remember how to pronounce your name properly”. Once, at Student Health, she claimed a doctor wrote down her ethnicity as Indian, despite correcting them to say she is Singhalese. She claimed she was told, “don’t worry, it’s pretty much the same thing”. A friend still calls her ‘Linda’, even after Akshana told her not to, as she didn’t like it, giving the excuse that Akshana’s real name is inconvenient for her to learn. Once, when she was walking down the street, a group of “bogans spat at [me] from their car and told [me] to fuck off”. Akshana said that although there are good things about being POC at Otago, she feels as if she “now has to let [racial harassment] go”. She’s too “afraid of societal repercussions” to speak out about her experiences.

Sean* said that “compared to the rest of my life, I don’t see much of a difference [at university].” Shreya* agreed, saying “I feel the same, but that might be because my friend group is very multicultural as well.” Harrison* said he “usually feel[s] the same. But with coronavirus coming around, [I’ve noticed] more instances of people saying racial slurs.”

Sarah* felt she was treated differently because she wore a hijab in her first year. She felt “really excluded from university activities” because of the drinking culture, not to mention she was often stared at and asked “dumb questions”. Once a person on the street even told her to “go back to Pakistan, go back to where you came from”. Another time, Sarah claimed her hall served ham in the dessert by mistake without telling the Muslim and vegetarian students. Apparently, the hall then gave them all ice blocks for the following “few weeks to make up for it”. Sarah, who wasn’t a strict Muslim at the time, said she was lucky. She said “if someone was seriously Muslim, that’s a huge thing”. Also, that the mistake was “offensive because you’re paying so much fucking money to this hall”. Sarah also had Muslim friends who “would pay for the food but wouldn’t go to the dining hall, because the food wasn’t meeting halal standards”.

Aisha*, who attends the Polytech, and is also a Muslim student, said, “at the start [of my time in Dunedin] it was negative. People would stare at you. [I would] get people looking [me] up and down, especially because I wear the hijab.”

As an international student, Rayna* said she felt “lots of support” from the University in many areas, but not for racial harassment. She has felt constantly demeaned by “white people culture”, and has had her mannerisms constantly compared to white girls. She said if she ever felt racially harassed on campus, she had no idea who to go to.

Ciaran* believes that racism at Otago is a self-fulfilling prophecy: that “the University doesn’t do anything to combat [racism]” because no one reports racial harassment, because there are no clear procedures around reporting this harassment. Therefore, the University may genuinely not know how much of a problem this is.

Many POC have noted that although white people were surprised when the Mosque attacks happened, most members of the POC community were not. The attacks happened, the GNTR campaign was given a new life, and many student POC on campus thought that their lives would improve because of it.

“On paper, the University does a whole lot of things [to support students],” said Akshana. But a year on from the campaign’s presence on campus, she believes the University is “posturing, and are not dealing with the deeper issues [of racism]”.

Eight out the ten POC students we spoke to did not know who they could go to in the University for support, nor were aware of any policies around reporting. Andrė believes that a year on from the GNTR campaign, there is no longer a push for campus to change. He believes the University is too “institutional and impersonal” to turn to; likewise, Akshana believes the University should be doing more to push the anti-racism agenda. Ciaran noted that he would only trust a Jewish liaison with a racial complaint, but no such individual exists on campus. Andrė said much the same: that even with diversity hires at the University, it’s still a mostly white staff, making it difficult for POC to trust the administration.

“The ignorance stems upwards,” Ciaran said. “I think it’s New Zealand as a whole that has a problem with that blanket racism, casual racism” and that “the Give Nothing to Racism campaign is good”, but that supporters of this campaign need to work at fixing their casual racism “all the time”, not just “in the moment”.

He also said that “it’s almost a little bit two-faced. I think people did [the campaign] out of the goodness of their heart, but I don’t think they realise that everything else [that POC deal with] is there.”

Akshana feels that nothing has changed since the GNTR campaign. She, Andrė, and others believe that people have paid more attention to physically spreading the message, rather than taking heed of what it means and how behaviours should be changed. Andrė remembers being emailed a hotline to contact at the time, and that there had been a “big effort” in postering, but that ultimately Dunedin “went back to how it was”.

Of the campaign and discourse immediately after the shooting, Ciaran said that “I think there has been tangible differences but they’re not necessarily helpful”. He gave the ‘Punch a Nazi’ movement as an example, and said “the messaging around racism doesn’t actually listen to people of colour or minorities”.

Shreya said that “people have forgotten about it pretty quickly” and Sean, Shreya and Harrison all said that they felt “the level of casual racism has stayed about the same”.

However, some students did feel the culture at university had changed following the GNTR campaign. Sarah said she “can’t remember anyone ever showing their support like that” and “people were more open minded and wanted to make sure Muslims were more included”.

Michael* said that “I lived in Germany during the refugee crisis, and I experienced more bullying and racism there than in NZ”. He said that “after the shooting, I didn’t experience any racism or bullying. In fact, the opposite. My experience has fortunately been very positive.” He believes that the campaign “had a lasting impact on the community. The event raised awareness about the issue.”

Aisha said that “over the years, [the attitude towards Muslim students] has changed, especially after what happened. People have been more aware of us, people like us, people from different cultures.” She said “people will come up to [me] and ask me questions. For some people it’s really annoying and repetitive, but for me I personally enjoy it.”

She said there’s “a lot more support. I don’t want to say they weren’t understanding before, but after what happened they opened a lot more doors for a lot of communities.”

She also felt “the campaign had an impact. The campaign definitely did its job. [It] made people aware of other cultures and diversity here in Dunedin.”

Although heartening to hear that some POC experienced a positive impact, it seems that the majority of other domestic and international POC students are feeling disenfranchised with the University.

Critic contacted a University spokesperson for comment. They pointed us to their Ethical Behaviour Policy and the Code of Student Conduct. They said, “Alleged racial incidents will be investigated by either the Proctor” (a white man) “in the case of student incidents, or Human Resources for staff employment matters. Any disciplinary actions would be case-dependent. The matter could also be reported to the Police for investigation.”

Their resources for POC and religious minorities include “the Māori centre, Pacific Island Centre, the chaplaincy team and residential colleges”. The same residential colleges, it seems, that apparently don’t meet halal standards and put ham in their desserts.

And finally, when asked what policies have been changed in the wake of the Christchurch Mosque shootings, the University stated “there have been no policy changes”.