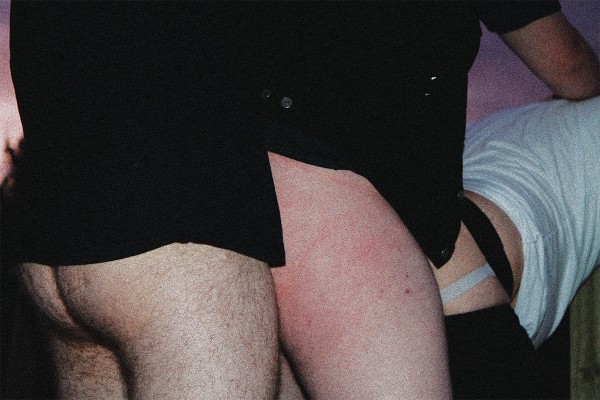 Peaking over the cubicle walls into the gay cruising underworld

Imagine, if you would, a time when a lonely gay couldn’t jump on Grindr to find a man to lock dick lips. No internet to waste uncountable hours whacking to Twitter porn, even before Tumblr took away our penises. How does one drain their hefty pent up frustration? The answer, many found, was to stand at a public urinal, stiffy in hand, and wait for a bite. It’s an age old tradition, and one many still enjoy, for good reason. It may surprise you to learn that Dunedin has places well known by ‘men who have sex with men’ (M4M) that we frequent for sex. Indeed, some of my greatest sex memories come from my times cottaging, some of which I’m not all that proud of, but even they are fucking hot. Allow me to indulge, and divulge some details of the secret gay world of Dunedin’s cruising sites.

NB; this is not an endorsement of my past behaviours, or a call for all youngins looking for ‘field training’ tovisit your local bogs today. This is some risky stuff; meeting someone in an uncontrolled setting is rolling some heavy dice. No one should need to hear again the importance of protection, but rises in STDs within the M4M community say otherwise, and it’s hard to ensure one’s safety when it’s pitch black. There’s also the fact that getting caught by the wrong person could lead to some very awkward trips to the cop shop, without so much as a copper’s truncheon for good company; just look at what happened to George Michael.

The classic north end rear end, where nobody knows your name. If the walls of the ablution block could speak, they’d probably churn out more erotic stories than Nifty’s 28 year long back catalogue. Anyone who’s anyone looking to meet up in a public toilet goes there. And how’s the serenity? Far enough away from the streets to escape the din of cars on wet asphalt, the air hums with nocturnal insects and birds. It also takes less than five minutes to walk to the Willowbank Dairy for an L&P to keep hydrated. The paths that lead through the wooded area guide to other benches for one’s tryst. My nights here have included one-on-one roots, to threesomes out in the open, to extended five+ member group sessions that would put Satyr Films to shame. Times have changed since then, and automatic lights have been installed to ward off uncomely visitors. The lights did reduce the popularity of the area, but I still hear of people coming out to play every now and again.

These loos were the best in Dunedin, according to graffiti in the Woodhaugh toilets, but I’ve not once left feeling like a Burger Queen. The last time I gave this place a decent shot, I caught the bus from the Octagon up to the crest of Stuart Street, popped into Coffee Culture for a choffee (what they call a mocha), which wasn’t half bad considering the name, and set myself up at the trough. I stood about for half an hour, maybe longer, and nothing. I went back for a second coffee, and returned, figuring it’d be easier to wait in the cubicle with a book. “Wool” is a short story by Hugh Howey. It was originally written as a standalone, but he later expanded on it with subsequent stories, all collected as the book Wool. The story starts following the sheriff of a community living in a silo, sheltered from the dangerous and defiled landscape of the outside world. He has lost his will to live after losing his wife. Years prior, his wife had begun researching old archives in the silo and had come to believe that the community were being kept captive as part of a conspiracy, and that the livestreams of the bleak outside world were faked. She puts her money where her mouth is, and gets exiled. She leaves in a suit, attempts to clean the livestream camera’s lens, and walks off with a smile and a wave. In the current time, the sheriff elects to be exiled, to discover if his wife was right all along. At this point in my read through, someone came into the next cubicle. He tapped his foot under the stall for my attention. I’d been sitting for an hour, and was entirely engrossed in the story, and wasn’t stopping for any twink on the floor next to me. He left shortly afterwards, sensing that I was not mutually interested. Well, he should’ve come earlier.

[I’d been sitting for an hour in this cubicle, completely enthralled in my book, when someone came into the one next to me and tapped his foot underneath to get my attention. An hour late and you really think I’m going to put my book down for some twink on the floor next to me? Should have been on time.

This one is more of a gay urban myth. It’s definitely there, I’ve been to it, but I’ve never experienced it as how I’ve heard it described. The way people talk about it online makes it seem as if one can’t take three steps without slipping on a wasted load, but I’m yet to see anything of the sort. There used to be two points of access to the lookout: the path along the Esplanade has vanished due to erosion, so now the only access is through the carpark beside the tennis courts on Victoria Road.

The lookout has a great view of South Dunedin, which is especially stunning at night when the sodium lamps glitter across suburbs. Hooking up here at sundown would be incredible; staring out over the southern city, listening to the waves, breathing deeply the ocean air as my guts are getting torn apart by a man I met merely moments before. I should be so lucky.

Cons: Nary a soul to be seen.

Dunedin’s only bath house. I’ve been a good number of times, utilising the student discount ($16) to escape the frigid winters while also getting dicked on by people I don’t know. Here, men can all come together in an open, accepting location, huff poppers, and wank one another’s brains out without the threat of being dobbed in. The facilities are just what one expects from a cruise club: sauna, steam room, glory holes, porn lounge, and the sling room. There’s also a canteen if you get hungry for more than just cum. The patrons are a mixed bunch, spanning the full age gamut. When you become accustomed to cruising loos at night, seeing peoples’ faces is a stark, but not an unwelcome, difference. My times here have been as wild and varied as Woodhaugh, albeit warmer and with much more talking. That was something I realised is lacking at other places: Banter. “Hey, how’s it going?” “Are you studying?” “Chuck us a dart.” “Do you think they’ll ever cure Cerebral Palsy?” I’ve probably talked with more people than I’ve had sex with here, but not too many more. The future of Bodyworks is uncertain, as the building owners are looking to start renovations on the location that could see it being displaced, so we should enjoy it while it lasts.

I also want to mention that it is decorated with the owner’s paintings, which are all gorgeous and for sale.

If you like the photos for this article, and want to support these lovely models, you can subscribe to their OnlyFans at onlyfans.com/kiwirick