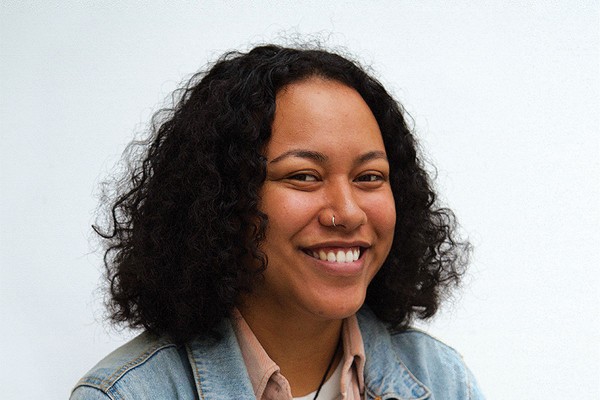 Moving to a new city fresh out of high-school is daunting. It is especially daunting to commit to a University far away from your iwi or culture-rich Māori communities. It is no secret that Dunedin has a low population of Māori – not to mention, has the polar opposite weather of tropical Northland – and I found my move down south a little overwhelming. Not only did I lack the security blanket of my whānau, but I feared I would not find a second whānau at Uni.

Despite these fears, being fair and blonde - the token white girl from Te Norta - I was sure I would fit in. Soon I made some mates – even one from the same suburb as me – and Te Rangi Hīroa began to feel homely. My little friend group reminded me of my hometown. As my crew grew, I felt more comfortable in Dunedin – I almost forgot that we were extremely outnumbered.

A huge worry for Māori is their loss of identity, loss of reo, loss of fundamental values that are the basis of their being. Those who went to kura reo and came from dense Māori areas struggle to find their feet and feel homesick often. These kids went from speaking Te Reo every day, to rarely, and their hauora began to slip.

Naera* is from a small town off the west coast that is affluent in Māoritanga. She said coming to Dunedin “was a huge culture shock. All of a sudden, I went from being a white ass in my hometown to the darkest in my class. I felt like a token Māori.” She struggled with the way others perceived her, but found it easy to make friends with other Māori, saying “as soon as I saw another Māori, we just clicked.”

Kiri* comes from the same town as Naera and had similar outlook, in that she felt Dunedin was the “polar opposite” from kura. Being involved with Māori health made her feel like the “token Māori” who was “used countlessly for information or image”. Kiri often feels down and out about living here, especially with the way she looks and how others react to her. However, she says while going through Uni “whānau is number one, ring them because they ground you and keep you sane. Surround yourself with like-minded friends who support you, it makes the experience so much better.”

Polly* hails from the Waikato and went to kura most of her life. Her kura experience is similar to the others, and although she doesn’t feel homesick as often, she is aware of the “huge cultural differences between Waikato and Dunedin, it’s black and white.” She advises that Māori tauira “have one brown friend who is going through the same shit you are. Make sure you enjoy your studies and don’t settle for less. Be proud of your cultural identity and know who you are.”

Tewa from Tiki in the “Norty Norta” has a similar experience. Going to “one of most Māori schools in Whangārei,” she knows what it’s like to have your perspective shaken up. However, Tewa “loves it down here” and if you’re lucky, you’ll spot her on the Ubar door. She advises to “try not to sleep all day. Play volleyball, go to Unipol, and hit up Ubar on pint night so we can be friends.”

However, the overwhelming stress of first-year health sci as a Māori facing homesickness, iwi-sickness, lack of Māoritanga and poor mental health became a burden for Paea.* She “struggled keeping up with Uni work and maintaining a balanced hauora”, so much so that it all fell apart. Although first year was an uphill battle, Paea branched off into Māori health and consequently is “more passionate about the subjects.” She recommends that young Māori “go along to [Te Roopū Māori – the Māori students’ association at Otago] and all the sports events regardless of how nervous you are, because you may find some mates to vibe with. Also exercise, do stuff outside of Uni - Uni isn’t your whole life. Even if you don’t have a rich Māori upbringing, don’t ever be ashamed. It’s never too late to dive deeper into your Māoritanga at Uni, and having Māori friends is a great place to start that journey.”

The vast consensus is that friendships are a massive highlight of being Māori at this Uni. We spot the Māori kids in class and feel a sense of relief; okay, I’m not the only one. In terms of support, the Māori caentre offer advice and tutorials, Arihia the queen at reception is always there to help you out. Not to mention TRM is there for Māori students to study, have a feed, and chat to other Māori in the same sitch. Additionally, a mentor program pairs tuakana and teina together so tauira can chat about life, Uni work, or just grab a pie together. Moral of the story: We are not alone in this chilly little place.

So many negative statistics surround Māori, and at Uni we are faced with content that can makes us feel down, upset and angry, wanting to change the numbers. But at the end of the day, look at you - against all odds, an education system stacked against Māori, you made it here. On behalf of the fellow ‘Maaari’s, everyone agrees on one thing: your ancestors would be proud.