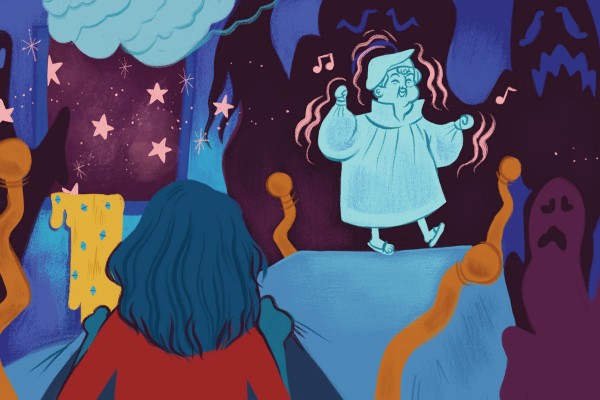 Sleeping is supposed to be the most basic of human activity, but for some reason one in four people really fucking suck at it. While a variety of scientists have dedicated time to helping us pass out, as a budding insomniac, how do you know what chemicals to shovel into your brain goo? Here’s the Critic guide to hitting that REM.

Over-the-counter sleep remedies are a vital step in every insomniac’s journey. I spent a whole year testing out these herbal remedies before turning to a doctor and begging for anything that would knock me out. Most of these over-the-counter sleep aids are bullshit, but this one is a little different.

This pill didn’t put me to sleep. Instead it made me feel far worse. The closest I can get to describing the feeling that I get from Complete Sleep Advanced pills, is that they make my brain feel flat. It’s as if my brain were a disk, wobbling around inside my head. This is not how you want to feel after being awake for 36 hours straight.

They also cost way too much; at the smallest packet size they cost $2 a pill, and I am not paying $2 to fail to fall asleep.

Fun street names: There are none, nobody takes herbal remedies for fun. They’re garbage.

The verdict: Don’t even bother. Waste of time and money.

Melatonin is the most common sleeping pill in the world. This is because it’s not really a sleeping pill. Melatonin is a chemical your brain naturally makes when it wants to tell you to go to sleep. This is a great pill for entry-level insomniacs. Taking one of these bad boys 30 minutes before bed gets me good and sleepy.

Unfortunately the hotshot pharmaceutical regulators don’t seem to agree with me. It makes no sense, but melatonin is prescription only in New Zealand. It also costs $20 for 30 tablets, as it’s not a funded medication. If you lived overseas you could buy hundreds of melatonin pills for a few bucks. I would like it to be known that this is bullshit.

Melatonin won’t fuck you up; it won’t send you to the astral plane, it won’t make you project through time, and if you were to chug a bottle the worst that would happen is you destroy your kidneys. But it does make me sleep pretty cosy most nights.

The verdict: Good for beginners, worthless for experienced insomniacs. Fund my medication, you bastards.

Quetiapine is an antipsychotic also occasionally prescribed as a sleeping pill. Quetiapine’s good because when people find out you’re on antipsychotics, they give you judgmental looks and don’t want to be your friend anymore.

Despite the negative connotations, quetiapine is wonderful. Had a crummy anxiety-filled day? Just pop one of these bad boys and pass right out. You might become addicted, but who cares? They legitimately cured my insomnia (after a brief period of slight severe dependence).

Zopiclone is amazing. Not only will it put you to sleep immediately, but if you manage to battle the drowsiness, you have a chance of hallucinating all sorts of great things. The shadows on your bedroom wall will come alive. You’ll astral glide through the cosmos. One time I hallucinated a tiny little Martin Luther dancing on my bed (the 14th century priest, not the civil rights activist).

As for its actual intended purpose, zopiclone will absolutely zonk you out, but your brain the next day will be like television static. You also won’t remember anything. I read online that someone took Ambien (another non-benzodiazepine hypnotic) and woke up to find that he’d built a new shelf. I usually just wake up to cryptic notes on my phone (“Slop loop bob lump tbingjbare”, alongside a Google image search for Yu-Gi-Oh).

Most people complain of a disgusting metallic taste but I don’t get that. Some people don’t hallucinate. Sucks to be them.

The verdict: Good for sleep, even better for shamanistic space travel.

Temazepam is a real sleeping pill. Pop one of these and within 30 minutes you will start to lose attachment to your material form and cease to exist for three to six hours. There are no dreams or hallucinations. I don’t mean this in a fun way, but I also don’t mean it in a bad way. I mean that it is nothingness. You pop a temazepam and then suddenly it’s 4am and you’re not really sure where you are.

Temazepam is a great drug if you’ve had four hours of sleep across the last three nights. The issue is that, like most sleeping pills, it’s really addictive. Unless you feel like finding a drug dealer who deals in niche medication, you’ll never be prescribed more than five at a time.

Apparently it’ll fuck you up if you mix it with heroin though.

The verdict: It’ll make you sleep, and you’ll wake up with a new perception of the meaningless of time.

Lorazepam, alongside being used for treating anxiety, panic attacks and epilepsy, is a benzo prescribed for the most advanced Level 10 insomniacs. This pill will make you time travel. It typically takes 20 to 100 hours for it to leave a person’s system, so you will wake up two days later with no memory but a faint feeling that you’ve done lots of embarrassing things. Not a problem since you can’t remember them, or even your own name. You may or may not feel well-rested.

The verdict: Excellent if you crave death but have commitment issues.