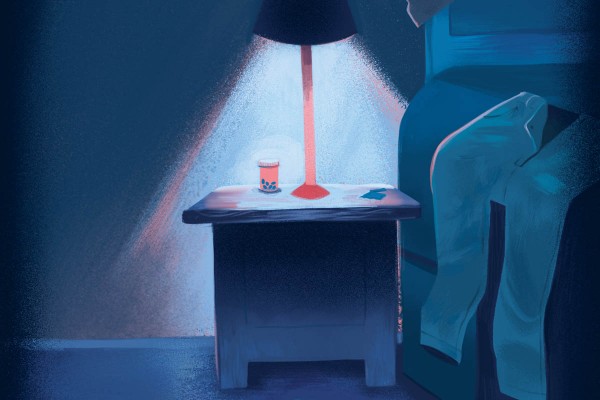 If you’ve cried while watching Rami Malek serenade the camera in Bohemian Rhapsody, then it goes without saying that you know how shit HIV is. In the ‘90s, treatment for HIV became available to help treat the virus, which although a lifetime obligation, was treatment nevertheless.

But what if there was some way to prevent contracting the virus altogether? Don’t worry, this isn’t about to turn into a family episode of “just wear a condom!” Like sure, condoms are great and all (especially the blueberry ones that help achieve Charlie and the Chocolate Factory themed fantasies), but sometimes that love glove doesn’t quite make it to touchdown. In 2016, 243 New Zealanders were diagnosed with HIV. While this no longer means a life sentence, it’s still unbelievably shitty.

In March 2018, government organisation Pharmac agreed to publicly fund access to Pre-exposure Prophylaxis (PrEP) for New Zealanders who met certain criteria. PrEP is a tablet taken once a day that just about eliminates the risk of contracting HIV. New Zealand is one of the first countries to publicly fund this, apart from Scotland (who always beat us to the punch).

In fact, you’ll only need to pay the pharmacy cost, which is around $5 per prescription (hot tip, go to Countdown for your prescriptions, it’s free.) It’s times like this I would like to remind everyone how fucked the US is. 30 PrEP tablets, aka a months supply, sets you back around NZD $2720 in the United States. Holy fucking shit guys. Pharmac, never change. Anyway, back to New Zealand. In 2018, the number of HIV diagnoses dropped to 178 thanks to this funding. Booyah!

Sam* is on PrEP after learning about it through Grindr. “I wanted to hook up with this guy but he said he only hooked up with guys who were also on PrEp and I was like, what? He was really cute though so it was worth it.” They’re now dating so it’s actually a super wholesome story. Both recommend the drug for keeping safe.

For someone’s first meeting, Dr Tangney will talk to them about the eligibility criteria and will offer a sexual health check, and if they’re interested in PrEP then arrange blood tests to see if they’re HIV negative. She also checks for syphilis because “we’re picking up syphilis way more than we ever do HIV”. Patients also cannot start PrEP unless their kidneys are tested and functioning well, “but for most young students their kidneys are fine so that’s a nonissue”.

It’s also important to continue to test for HIV, just so you don’t, you know, keep taking the meds and accidentally develop a strain of PrEP-resistant HIV or anything too disastrous for the medical community. This sounds weird because surely once you’ve contracted HIV, you don’t really care about trying to prevent it, right? Well, not quite. PrEP is one of the medications also used in the treatment of HIV; it’s not so great to fuck up that part.

Tyler* has been on PrEP for the past six months and said “whilst I try to typically use condoms when I’m having sex, sometimes I’m just too drunk or can’t be fucked with the whole conversation, so PrEP is great because it takes the stress of out those moments”. He equates this to women being on the pill, “apart from the whole pregnancy thing”.

Internet moralists accuse PrEP of promoting unprotected sex and therefore unsafe sex. Tangney says that since unsafe sex is likely to happen regardless, “then HIV is one less disease to try and prevent”.

Let’s make gay sex even better - everyone deserves to get fucked in a safe way. According to Tangney, people are “taking charge of their own ability to keep themselves as safe as they can”. Tell your friends, tell your family, tell strangers on the street.

If you’re interested in PrEP, ask about it at the Sexual Health Clinic. Now go out and get laid, my beautiful readers.