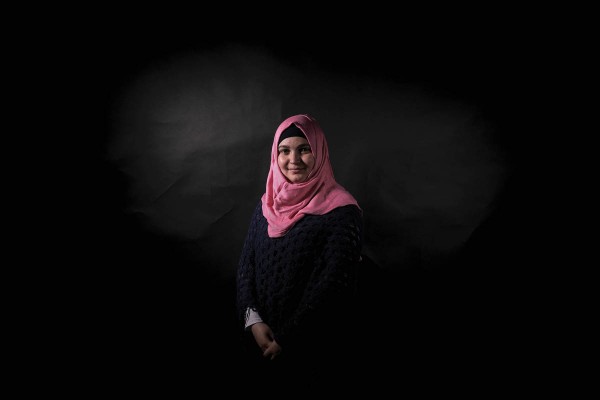 A day that started off as a movement working towards action for climate change rapidly turned into a day where New Zealand was shaken to its core.

The video that circulated following the Christchurch mosque shootings deeply affected those who watched it. For two young Syrian refugees – Mariam and Wafaa – that kind of hatred and violence is not a new phenomenon.

From a young age, Mariam has been in close-proximity to death and loss. When she was 8, she lost her best friend - an airplane had bombed their house. By age 10, dead bodies could often be seen strewn across the road whilst on the way to school. “Life will never be the same as someone who didn’t experience this,” she said.

Wafaa remembers the day the war started so clearly; “Syria was so peaceful and quiet,” but in a short time, she was forced out of her home. “I didn’t know what was happening, all I heard was bombs and shootings. I thought they were normal planes when I looked up at the sky, but rockets were being released.”

“Everything went black and the sky became filled with smoke.” Her neighbourhood was under attack and her home was destroyed. “My dad picked me up and started running to a hidden tunnel near my grandfather’s house.” They never went back home again. They left everything and ran for safety.

Wafaa and her family went to stay at a family member’s home the next day, but that same night bombs rained on the city. “I was outside playing with my cousin when I saw a plane similar to the one from the day before coming towards us.” They only just managed to flee.

Her family quickly departed to another city where Wafaa, her two cousins, and her grandmother shared a single room for four months. Once her father had enough money, he decided to build a house that would allow them to live in more comfort. On the very day it was completed, there was an attack at a nearby mosque. Once again, Wafaa and her family were forced to move.

“We kept moving from town to town every couple of days. I became an internally displaced person. Each town got attacked and destroyed.” Some family members held steadfast, moving town to town rather than leaving Syria. Wafaa and her immediate family, on the other hand, thought it was best to leave and go to Lebanon. Wafaa assures me it didn’t matter whether she wanted to stay or not: “I was forced out of my home”.

In Lebanon, she was treated like an outsider. She was bullied at school with comments such as “people like you Syrians are worthless, why did you even come here, to bring the war to our country too?” being thrown around.

Mariam also fled from Syria to Lebanon. She described her experience in Syria as “terrifying” and when she arrived in Lebanon, students called her a terrorist. They tried to remove her hijab and made bomb noises.

Mariam became home-schooled, and Wafaa moved to an afternoon school, to avoid torment.

Wafaa's family, like Mariam’s, were given the opportunity to leave Lebanon and come to New Zealand. Neither of the families knew anything about New Zealand, but were told that they could resettle here. Wafaa is grateful for how New Zealanders welcomed her, saying “I am so thankful for everyone’s love and support and treating me like I belonged here”.

We have 500 former refugees in Dunedin alone, each with their own unique journeys and stories. Our community must continue to do better for those around us, not just because we should but also because we can.