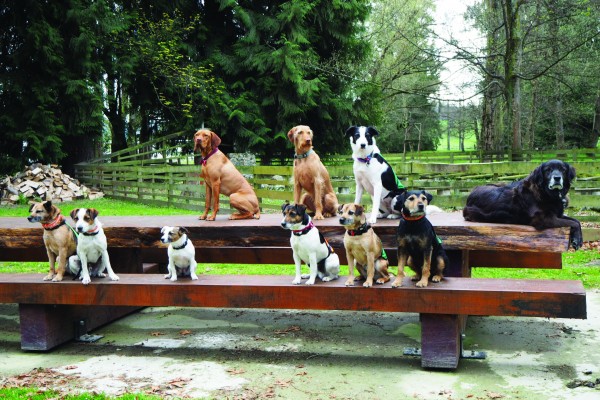 You’ve probably met those nosy beagles at the airport. Those doe-eyed dogs that’ll sit earnestly next to your luggage while you protest your innocence, until the long-forgotten apple festering in the bottom of your backpack is revealed. Or maybe you’ve slunk past the doggos with a nose for druggos, gripped by the irrational fear that you’ll be singled out as a smuggler of (non-existent) narcotics.

But mind-altering substances and illicit beef jerky aren’t the only targets of canine noses here in New Zealand. Some good boys and girls are putting their powerful snoots to use in the name of saving species.

Our birds have spent millions of years without pesky mammals harassing them – so when humans introduced stoats and rats, these flightless derps didn’t cope well. Now, we’re lending a hand to our vulnerable feathered friends by creating predator-free island sanctuaries and fenced safe havens. But if a rat were to swim to an island, or a stoat were to breach a fence, the consequences could be disastrous.

To keep these special spots safe, highly trained detection dogs are deployed in routine surveillance operations, or in the event of an invader’s presence. For example, a single stoat was responsible for wiping out Orokonui Ecosanctuary’s entire tieke/saddleback population. It was a conservation dog who ferreted out the bird-killing culprit.

Here are three of the approximately 35 clever canines finding pests across the country.

Gadget is a tiny but mighty dog based on Stewart Island. She makes up for her small stature with extreme speed, her little legs scampering so fast they blur cartoon-style. Gadget checks boats heading to Ulva Island, a native bird haven, for stowaway rodents. Sometimes she travels to Invercargill or Fiordland to inspect boats too.

Detector Gadget has her eye on the ball – one of her fave pastimes is ball-chasing.

With her soulful brown eyes and scruffy coat, Piri is a heart-stealing mini-yeti with a nose for rodents. She patrols the docks in Auckland, checking boats destined for the pest-free islands of the Hauraki Gulf, like Rangitoto. Recently, Piri journeyed to the Antipodes Islands to confirm that mice eradication efforts on the subantarctic islands had been successful.

Piri responding to reports of a possible rat on Motutapu Island in the Hauraki Gulf. When they’re working, all conservation dogs wear a muzzle. Although they’re specifically trained to avoid non-target species, the muzzle is there ~just in case~.

He’s a handsome but intense little man, who devotes his energy to finding stoats and fetching sticks – the bigger, the better. Woody will get grumpy with any other dog who tries to steal his precious sticks.

When he finds that musky mustelid odour, Woody will get go nuts, running round and round trying to find the source of the scent. He doesn’t catch the offending pest, but rather just indicates its presence with his revved-up antics.