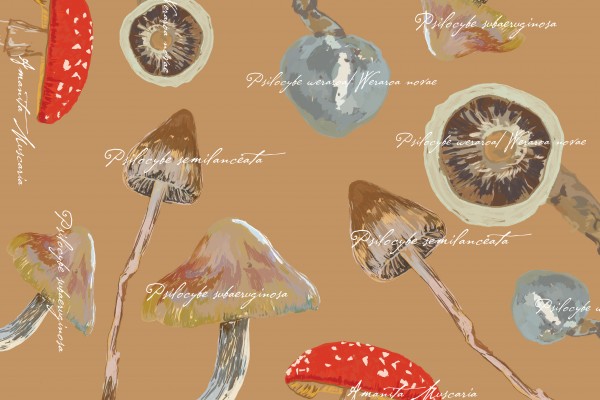 How To Take Mushrooms and Not Die

So, the weather’s getting cold, you’ve already failed two of your semester one papers and life’s looking pretty dusty. What’s a student to do?

Well, if you’ve attended any parties lately, you’d know that at this time of year the breathers like to turn some party banter to the wealth of magic mushrooms growing here in Dunedin. Everyone knows someone who knows someone who hunts for the little fun guys at the first signs of frost, yet nobody really has an “in”, especially if you’re not from around here. The dangers of hunting mushrooms without the correct information can result in some dire situations, ranging from a gnarly tummy ache to a very serious trip to the hospital, or morgue.

Magic Mushrooms are a Class A drug in New Zealand, with possession carrying a maximum penalty of 6 months imprisonment and/or a $1,000 fine. However, if people are going to do them, they should do them safely.

NZ actually has some of the strongest shrooms in the world - and some of these species are more prevalent in Dunedin than a Kathmandu puffer jacket. Most ‘magic mushrooms’ generally refer to species in the genus Psilocybe, and if you’re in Dunedin, there are three main types of Psilocybes that you may come across in your travels - Psilocybe semilanceata, Psilocybe subaeruginosa, and Psilocybe weraroa (also known as Weraroa novae).

So that you don’t die, Critic has compiled an identification guide for the three types of shrooms most commonly found in Dunedin, as well as some of the ones that you should ABSOLUTELY avoid.

In the 1980s, a British botanist saw some of these out on the Otago peninsula, and ever since telling all his tripper mates of the find, the mighty Liberty Caps have been some of the most hunted-for and long-standing faves of the Dunedin community. They pop up frequently around Dunedin and Otago, and they can often be found in the higher-altitude grassland areas. The easiest way to identify Caps is to look for a cream coloured cap with a 5-20mm diameter, which often has a distinct nipple on the top. The gills start out as olive grey and then turn to purple-black as the spores mature. The stem is 2-3mm thick, around 4-10cm tall and is cream coloured and fibrous, often wavy, and sometimes coloured blue near the base.

Subs like to grow in woody areas, like pine bark or woodchipped places. If you’ve ever seen some guy in a ratty hoody take a lot of interest in one of those woodchipped roundabouts in winter, he’s probably on the hunt for these guys. They are generally the easiest species to find in Dunedin, because they grow in a lot of urban areas and in generous amounts.
Look for a gold/caramel/light brown cap of around 1.5-5cm diameter, a 2mm-4mm thick, 30-125mm long white stalk (MUST be white), and gills that are crowded, ranging in colour from cream to violet brown.

Look for blueish bruising anywhere on the cap or stalk that has been damaged, like after being picked. If there’s no blue, there’s no magic. Keep an eye out for them from April to August in light brown woodchipped areas, in sandy soil and in gardens, and anywhere you might find ground up Pinus radiata bark or woody debris.

These little fellas are not as common as the subs and caps, but are still found here nonetheless. They prefer rotten fallen wood and are often hiding under dry leaves, making them a little harder to see. Slugs really like to nibble on these (so chances are if you find them, someone’s already had a wee munch around the edges)!

Again, P. weraroa will stain blueish where damaged, so ensure you have the right specimen by looking for that blueish hue. The caps are light brown to tan when young, and grayish blue when old, measuring 10-30mm in diameter. The stem is up to 40mm long, and is white to grayish blue, with a yellowish-brown base. The gills are chambered and chocolate brown.

Dosage: 10-15g fresh (drying seems to kill the activity, so not recommended to eat dry).

If you want to check whether you have a Psilocybin mushroom, first make a spore print:

If your mushroom has purple-brown to black spores, AND the flesh turns bluish when damaged or bruised, then it’s quite likely that your mushroom is a Psilocybe species.

If you’re quite sure that what you have is the goods, then you’re now ready to see the conception of the universe! But only if you’re sure. People can get far too excited when it comes to magic mushrooms and don’t take safe enough precautions.

IF IN DOUBT TOSS IT OUT!

Although it looks like something Alice would eat in Wonderland, THESE ARE NOT TRADITIONALLY MAGIC!! They do have an intoxicating effect, but are are not recommended; they are poisonous if not prepared correctly and are generally a shit time.