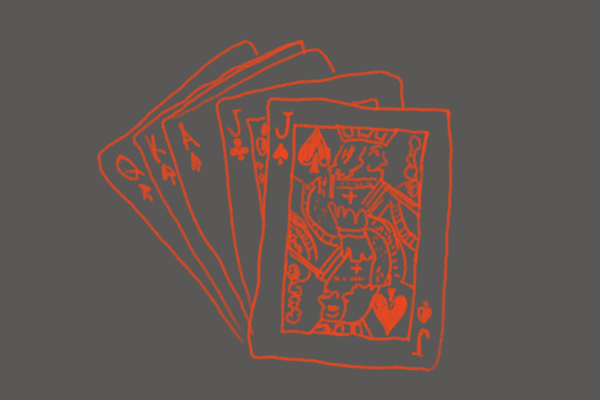 The Best Drinking Games From Around The World

Drinking is the most essential part of travelling – just ask anyone who has been on an OE. If their best story doesn’t involve them being blackout drunk in whatever country they inflicted themselves upon, they’re either lying or went to Carrington. So, a good magazine would do some research and give you guys some great advice on where to go, what to avoid and some tips for travelling. But that’s really hard, so instead here are some drinking games from around the world. And if you never go travelling, maybe you can impress your mates at your next sad drinks of six guys and that one girl who’s going to leave in the next five minutes anyway.

Along with mistreating their indigenous population and cheating at cricket, the Aussies also have an illustrious history of binge drinking. The Goon of Fortune is the culmination of over a hundred years of the top Australian minds working to create one of the best drinking games of all-time. All you need is your favourite brand of high quality goon, a spinning clothesline (or anything that spins really) and some friends. Attach your goon to your spinner and you’re off. Every time the goon lands on you, slap that bad boy, drink some down and spin again. A lot of people only hang one goon at a time, but this just seems inefficient. Three or four goons at a time is the only way to achieve the level of drunkenness required to tolerate being an Australian/in Australia/around Australians.

This game goes best with: Sun, complaining loudly that “they’re called thongs, not jandals,” and bitching about immigrants coming into your country.

If there’s one thing the Germans do better than efficiency, it’s drinking. Kastenlauf therefore is the most German thing of all-time. All it requires is a crate of beer, a 10 kilometre path to run, and a friend to help you make it. It’s a beer race, in which participants must finish every bottle before crossing the finish line. 200 hardy souls in Dunedin gave it a go last year in the inaugural Running of the Beers -  a 5km race around Logan Park where each team of 2 had to finish a 12 pack before crossing the line. Two freshers from Arana won in a time of 18:36 (although rumours are they spilled most of their beer). If you truly want to get into the German spirit while travelling, try having your route cross through Belgium before finishing in France. Leave it to the Germans to combine alcohol with fitness, whereas most countries just combine alcohol with road fatalities. Truly Germany, you are the master race (oh shit we can’t say that can we?).

This game goes best with: Fit friends who can hold their piss, and the ability to withhold all your shit WWII jokes.

Ok Russia. We get it. You like vodka. I’m honestly not convinced this can be real, but if anywhere would do this it’s Russia. So, you get yourself a large mug of beer and a bottle of vodka. Pass the beer around with each person taking a sip. Once you’ve taken a sip, replace however much you drank with vodka, until the mug is entirely vodka. Drinks are then taken from the vodka, replacing with beer, and so on and so forth. This doesn’t really seem like a game so much as a punishment, but I guess drinking and punishment are one and the same in Russia. Maybe you could swap out the beer for just mixer? Still seems like a horrendous way to spend your night and a fantastic way to pick up a whole host of diseases.

This game goes best with: Seizing the means of production and throwing BCoM students in a gulag.

Gotta say Korea, your contribution is a bit disappointing. I was kind of expecting something involving anime, maybe every time you drink you have to yell BAKA! at the person next to you, hit someone with an ancient katana or some other anime shit. Napkin, Beer, Cigarette requires, surprisingly, a napkin, beer and a cigarette. Oh, and a coin, but apparently that would have been too wordy to include in the title. A napkin is spread over a glass of beer with a coin on top. Everyone takes turns burning a hole into the napkin, whoever burns a hole causing the coin to fall finishes the drink and gets to enjoy the ashy taste from the cigarettes, so that’s a bonus. You’ll also need to be a smoker to enjoy this game, but honestly if you haven’t already picked up a pack-a-day habit while studying, can you even call yourself a student?

This game is, according to my extensive research of five minutes on the internet, one of the oldest drinking games in the world. At approximately 3000-4000 years old, it just goes to show that China was always the place to be. Who would have thought our ancestors were just as much booze bag party animals as us? It’s an extremely simple game, although it does require basic maths, barring any BA student from attempting it. One of the most popular versions requires a dice to be rolled. The players each make a guess as to what the value is, with all the losers having to drink. You can also have everyone guess how many total fingers are being held behind their back. It’s simple, fun and you don’t have to hold up the party for 30 minutes while you try explaining the rules, while everyone else just wishes they could drink and you would shut up.

This game goes best with: Lacking enough knowledge about Chinese history and culture to make a joke here.

This is another nice and simple game – from Japan this time. You start in a circle with one person saying “ping” then, going clockwise, the person to their left must say “pang.” Then, the next person says “pong” while pointing to a random person, who must then say “ping,” and so on. Each time you fuck up, you must finish your drink. Simple, and easy to get smashed on. And like the best drinking games, the drunker you get, the harder it is to play, and the more you’ll end up drinking. Plus, if you play this at a BYO and get busted for playing drinking games, just tell them you’re practising your Japanese!

Of course there had to be a game from Ireland here. It may just be a slightly offensive stereotype, but I still choose to believe that the Irish drink just as hard as us. With Irish Quarters, all you need is a coin and your drink of choice. Spin the coin, and attempt to finish your drink before it stops it spinning. If successful, pass it on. If not, keep going until you succeed. This is one of those slow burner games that starts off fun, but ends up killing half the party within the hour. But hey, it’s easy to do and your sick Beyblade skills from primary school might actually finally get you laid [Disclaimer: Beyblades will never, ever get you laid].

Yes, I know, this isn’t a foreign game. But, hear me out. The game differs in one significant way all over the country, and quite possibly the world. There’s the cowardly, weakling way. You only pour in your drink upon pulling a king card, and the last king pulled drinks the King’s Cup. Then, there’s the proper way – the way that every adult should play. Every time you pull a card, you pour. Every king means that the King’s Cup is drank. This way four people suffer, and there’s far more danger for everyone. This is my position, it’s correct and there’s nothing you can do to change my mind.

So, there you have it. A guide to navigating the world, one binge drinking session at a time. When you’re naked in some foreign country with an angry police officer yelling at you in a language you don’t understand, hopefully it was one of the games we found that got you in that state. Also, don’t play beer pong in America or with Americans, they play it like cowards and fill all the cups with water. That’s no way to kill brain cells.