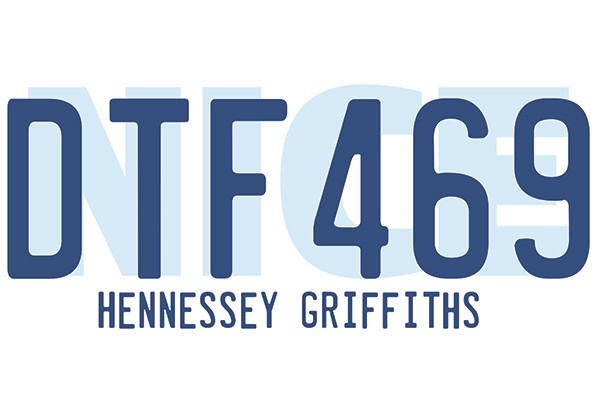 This month, we commemorate the one-year anniversary of a devastating moment in New Zealand history. On August 1st 2016, the company that specialized in personalised plates plates.co.nz lost its New Zealand Travel Association’s (NZTA) license, shutting down the business.

Personalised plates are truly one of the most underappreciated art forms in our society. They give something rather remedial like a license plate a bit of pizazz and spunk through presenting the owner’s true identity. Whether it be a simple “XSAMYX”, or a witty pun, such as “NVRL8”, the whimsical nature of personalised plates allows a person to express who they really are. We are blissfully unaware of the creative possibilities license plates allow us, through the intentional (or not) messages we present to the world.

So why am I so passionate about plates? For a good few years, I dedicated my spare time to a sport called “PL8spotting”. The objective was to find a personalised plate, and take a selfie beside it with a blank facial expression – to juxtapose against the hilarity the plate ensues. Once posting a collection of PL8spots onto Facebook and seeing the reception it got, I realized I was onto something big. I started to get a knack for finding plates, from scoffing ever so slightly at a “OKEDKY”, to interrupting people to point out “KWLDAD”. Much to the confusion and admiration of the people around me, I had found my true talent. Every day became a hunt for a new plate, each one better than the last. I got addicted to the thrill of finding my next “D0IN 1T” or “W0T3VA” to the point where I craved it. I needed those witty six characters or under pieces of aluminium to share over social media, make other people laugh and construct my own identity. Yet after months of fan submissions and rising expectations, the loss of plates.co.nz meant that PL8spotting in New Zealand faces a near indefinite yellow light.

Yet there is still something about the nature of personalised plates that intrigues me. For starters, personalised plates are no cheap thrills. After facing the battle of trying to find an available combination of letters or numbers, you are then faced with the price of greatness. The average price for a personalised plate is around $999, which is a ridiculous amount for what it is. Yet people still buy them! Whether it’s for a friend or loved one (in the instance of “4 MI MAN – love you”) or a midlife crisis (“SHELYZ”) people are still giving the NZTA an insane profit. But doesn’t that go to show the character of the person? Either they are sweating out money to spend on wacky purchases, or they feel so attached to their ideal plate that they are willing to spend 222 coffees worth of money on some metal. Doesn’t that speak volumes?

Then we get to the exciting part, the actual meaning of the plate. Personalised plates are like tattoos for cars – once you’re branded there’s no going back (without a tedious process and handfuls of cash). Personalised plates have to be timely, relevant and still applicable in years to come. I mean, none of this “AB 2011” nationalistic plate bullshit. We need more “BIG MOE” or “TACKY” around, plates that speak the truth. I spoke to Amanda, who is the owner of the plate “HI XLR8”. She says that the plate was a 20th birthday present to her husband for his boy racer-esque car. However, when beginning to settle down, the pair moved into more family suitable cars, keeping the plate on one of their new cars. While she believes the plate may be outdated, she admires the nostalgia attached to “HI XLR8” which cannot be broken. Plates represent more than just a car’s registration; they represent fond memories and deep interpersonal connections that are on a different realm. While we may just see it as a witty play on the traditional plate, to the owner it means so much more than we may ever know.

We should also consider the effect plates have on us as the audience. How many times have you tagged your friends in witty plate-related memes to which you “REL8”? Have you ever been caught up in traffic and found yourself smiling at the “BORT” license plate you see before you? This is what I love about plates. I remember when I first saw “BTCH13” and I knew my fate would change. We get so caught up in our own daily lives that we forget to appreciate some of the smaller gems around us. Even if it’s just seeing a funny plate while walking around, recognizing it’s funny and then going back to your normal life, that plate still made the slightest impact on your life. Just knowing that someone has paid nearly a grand for a license plate that says “S1K” brings for a split second a childlike sense of whimsicality and joyfulness.

The love and devotion I have for plates brings me such “UFOR1A”. The messages of personalised plates are so much more than what they seem. They become modes for artistic expression, a canvas for the true representation of the self, and create a bond between the individual and a six-character combination that’s stronger than aluminium.

So as we commemorate the loss of plates.co.nz, we can look forward into the future. New plate ventures are opening up such as KiwiPlates – who I am certain have blocked me after multiple requests for interviews. Plates are beginning to resurface. The next time you’re walking through town, be sure to keep an eye out for any plates that catch your eye, and truly embrace what they say to you, and what they say about the driver. I will forever love you, personalised plates. You truly are “MII ONE”. x