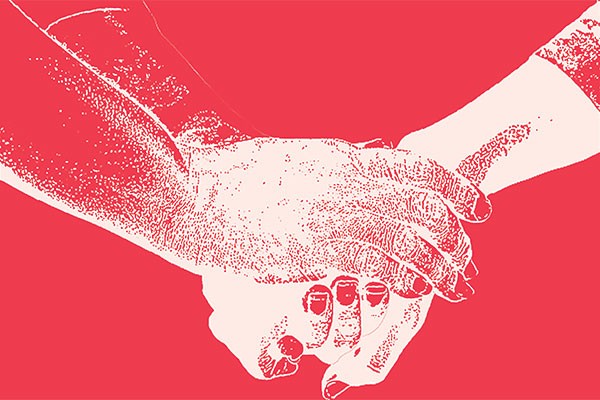 Think Pink: A 101 of Pinkwashing in New Zealand

Content warning: this article contains instances of homophobia and transphobia.

What is Pinkwashing and why does it matter?

Pinkwashing is a government or corporate strategy to put forward a gay or LGBT friendly image to simultaneously tap into the ‘pink dollar’ (the support of middle and upper class LGBT people) and to distract from unethical practices such as environmental destruction and worker exploitation.

Perhaps the most well known international example of pinkwashing is the gay friendly image that the state of Israel portrays in order to distract attention from the occupation of Palestine and oppression of the Palestinian people. At first glance when a state like Israel is proclaiming itself as a gay haven and an ideal location for gay people to party and be themselves, this may seem okay, nice in fact. However closer inspection may reveal the alarming conclusion that many LGBT activists have come to already: that states and corporations coopting the LGBT struggle for justice, in order to advance their own image and cover up their atrocities, is a gross misuse of LGBT people and their struggle.

Recently, pinkwashing has been cropping up in Aotearoa. Injustice for LGBT people is still very much a reality in New Zealand in terms of healthcare, homelessness, employment, mental health, suicide, self-harm and sexual assault. It is therefore immensely concerning that the LGBT struggle for decent lives is being misused for the advancement of the likes of ANZ, a bank whose total asset worth is $954 billion. LGBT people need all the help they can get; ANZ does not.

Back in 2015 ANZ introduced what they called GAYTMs. They were like ordinary ATMs except gay so rainbow coloured… at least I think that was the logic? Both No Pride In Prisons, a queer and trans prison abolitionist group, and Queers Against Injustice condemned ANZ’s actions, pointing out that GAYTMs don’t help LGBT people; they’re just a selfish attempt to make ANZ look good. Queers Against Injustice threw pink paint on the GAYTMs and some branches of the bank to highlight their manipulative practice, stating, “We targeted the Ponsonby GAYTM firstly to draw attention to the commercialisation of the Pride Festival. As queer subjects, we object to the representation of queer identity in terms of consumptive and wealthy citizens. Secondly, we sought to draw attention to the way ANZ is using GAYTMs to distract attention from the treatment of their workers. The recent strikes by ANZ workers occurred in response to ANZ’s attempts to implement demands for ‘flexibility’, in the form of irregular rostering and frequently shifting labour demands.”

John Key has also played a role in pinkwashing in New Zealand, and No Pride in Prisons was once again nearby with a glitterbomb and pamphlets to condemn the practice. Key, who was prime minister at the time of the 2016 Big Gay Out, attended the event in a piercing bright pink polo shirt. No Pride In Prison activists were concerned with the human rights violations of prisoners, including solitary confinement, which amounts to torture, and prisoners being held in double bunking, making them particularly vulnerable to sexual assault. The activist group threw pink glitter accompanied by pamphlets explaining their concerns to draw attention to the prisoner rights abuses being pinkwashed over by John Key’s attendance. Additionally, when Key went to speak at the event he was immediately booed by the crowd as he took to the stage and was unable to complete his speech due to the sizeable vocal resistance. Key tried to downplay the opposition to him by saying there will always be a “small group that will hijack something like that”.

This year ANZ has continued on their pinkwashing spree. As part of their 2017 sponsorship of the Auckland Pride Parade ANZ released a video of people hesitantly reaching to hold hands. The ad says that even in twenty-seventeen some people, meaning same sex couples, struggle to hold hands because of social stigma and fear of violence. The ad ends with the text #HOLDTIGHT over the screen while emotive music plays in the background.

#HOLDTIGHT is an ad definitely designed to tug on the heartstrings… but to what end? Many viewers commented that what ANZ were doing was “great” and that they “were proud to be banking with them”. Granted the ad may result in some people being more accepting of LGBT people, but it seems that the biggest outcome of the campaign is exactly what a pink-
washing campaign would want: a positive boost for their image and a distraction from their unethical practices.

While Facebook viewers are watching this touching campaign telling LGBT people to hold hands despite the very real risk of verbal abuse or physical violence, ANZ is able to continue trying to push for their workers to have less secure hours than they did in 2015 and continue to profit from investing in fossil fuels. ANZ has $13.5 billion invested in fossil fuels, that’s not even mentioning the $38.5 billion ANZ lent to new coal and gas projects. Not only that, some of the fossil fuel extraction ANZ invests in is on unceded aboriginal land in Australia, and the air pollution is badly affecting the indigenous people who live near the mine.

When LGBT activists have a problem with what Israel or ANZ get up to it’s because they don’t want their struggle used to gloss over and continue the exploitation of others. The cry “Don’t Pinkwash My Pride” (the title of a collection of articles on pinkwashing) is about LGBT people saying: No! We will not let any institution use our struggle to exploit workers, the environment, indigenous people or anyone else. It’s about recognising that banks are not our friends: they do not care about our housing, our education or our wellbeing; they will only use us for their own economic gain.

While it is true that ANZ’s sponsorship of pride does involve some financial contribution to the Pride Parade in Auckland, ANZ’s contribution is dwarfed by what they stand to gain in terms of reputation from superficially aligning themselves with LGBT people. While ANZ customers gush that they are never switching banks after such a heartwarming video, the wait list for surgery for trans people in New Zealand is still 40 years long. While ANZ basks in the glow of a positive reputation, handing out pink glitter at the Big Gay Out, the suicide rate for same-sex attracted youth is still five times higher than for heterosexual youth.

I encourage all LGBT people and everyone who claims to care about us to be critical, to look beyond the pink, LGBT-friendly veneer and consider what atrocities might lie beneath. Remember that justice for LGBT people does not look like a heartstring pulling ad by a multi-billion-dollar corporation, it looks like zero trans youth homelessness, it looks like healthcare, decent pay, employment, aroha and tautoko from our whānau. LGBT justice is when we are able to thrive. So to ANZ and anyone else: don’t pinkwash my pride!