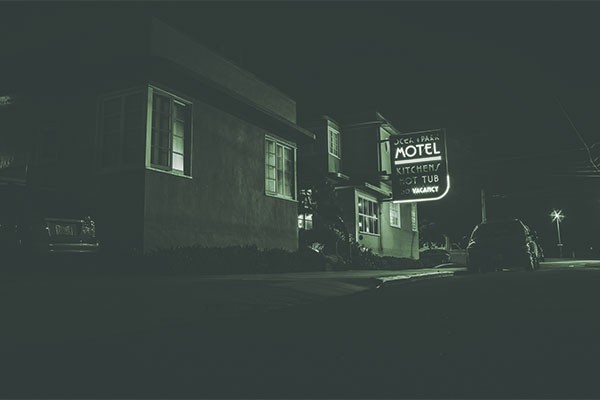 Swipe right, strap on, sneak out

It was on the front page. It was a story about this new app – meant you could meet people from the comfort of your couch without a single spray of cologne. My girlfriend had just finished reading it. She said: “Would you use it? Ya know, if you were single?” Sensing a minefield I scoffed. “Ha, um, nah, not really my style eh. Internet dating? Pff.” As soon as she left the room I picked up the paper and read. It sounded like a steady diet of chocolate and wine. It sounded great. A month later I was single. I downloaded it. That was three years ago. Since then I've been in a few short-lived relationships; I've had soul-destroying interactions with people whom I'll never meet and others who I hope not to meet again; but mostly I've had a lot of fun. There are a number of stories I could tell. Like the time my Tinder date went on Tinder while we were on our date. I walked out. In Austin I went on a date with a couple. Another time my date and I tried to find a toilet in which to have some fun, only for me to walk in on a woman taking a poo. However, there is one story that takes the cake.

She was very specific about when she could meet. Only between the hours of 11 and 1. Not suitable hours for a date but I was in New York City and had learned quickly that the same rules do not apply there. She cancelled on me at the very last minute on the Tuesday – something that is not just a regular occurrence in the Tinder world but an expectation. I was nonplussed. The next day I received a message from her. “The reason I'm being so specific about when we have to meet up is that I'm a dominatrix and I'm in town with a client. I hope that doesn't put you off.” I said: “Quite the opposite.”

I was in America so I met her in the lobby of her Hotel Bar. She had long blonde hair that covered half her face, thinly masking her nervous eyes. She spluttered that it was her first Tinder date. She was in town with her one and only client, a wealthy doctor from Oakland for whom she had been working about five years. He paid her, in American terms, what was considered a good salary. All she had to do is fuck him in the ass with a dildo every now and then. We sat and talked and drank and she put my drinks on the doctor's tab at the hotel. I said: “Are you sure?” She waved me away as though I was silly. I was silly. After a short time she invited me up to their bedroom. The bedroom she was sharing with the doctor, whose name I was never told.

“He's at a medical conference a few hours away from here. He always messages me when he's on the way back, so don't worry.”

She was gentle and fun and not at all what one would expect after hearing the title “dominatrix”. Halfway through she asked me if I would like her to use her strap-on. I declined. We had been a while and I was getting nervous. She assured me it was okay, but we began to wrap things up nonetheless and jumped into the shower. As I was pulling on my shoes she said he was on the way. He had just messaged. She called room service to change the sheets and bring up new towels and then I followed her out of the room. I looked up as a tall, grey man moved toward us down the hallway. With both hands she shoved me in the chest and I stumbled back through the door and into the room. “Stay there,” she whispered with fury, shortly before the door closed with a thud that elevated the knot in my throat. I looked around for an exit. There wasn't one. I wondered if I could hide in the bathroom or in the closet or under the bed. That seemed stupid. And I'd known from watching enough movies that never really worked out. I smiled. This was simultaneously the most hilarious and potentially disturbing experience of my life. It was so cliché that I thought I was the subject of an elaborate reality TV joke.

At the time I had extremely long hair and a slender frame. I told her to say I was a girlfriend of hers with whom she'd not seen in awhile. She liked the idea, told me to wait a little while and then leave. We thanked each other, hugged, and then she left me standing there, the bed in disarray, towels everywhere, the room with that familiar tang. I waited a few minutes, took off my jacket, tied up my hair and walked down the same corridor I had seen the doctor in. The lift opened in the lobby bar. I was careful not to look. I kept my eyes to the ground, walked out of the hotel and into the street. I hailed a cab and went back to my friend's house with whom I was staying.

Shortly after returning home to Melbourne I met someone through Tinder. We ended up in a long term relationship. We broke up about a year and a half ago. Since then I've been back on the app twice. Most recently a month ago. I've been stood up, cancelled on, I've counselled a woman who’d just stopped taking her depression medication, I've made a friend, and been called a weasel after using the same opening line on her as I did her housemate. Whoops. As I sit and write this, I'm messaging back and forth with one of my very good friends, seeking her advice on this article. I met her on Tinder three years ago.

What I've learned about Tinder is to be open to everything, then anything will happen.